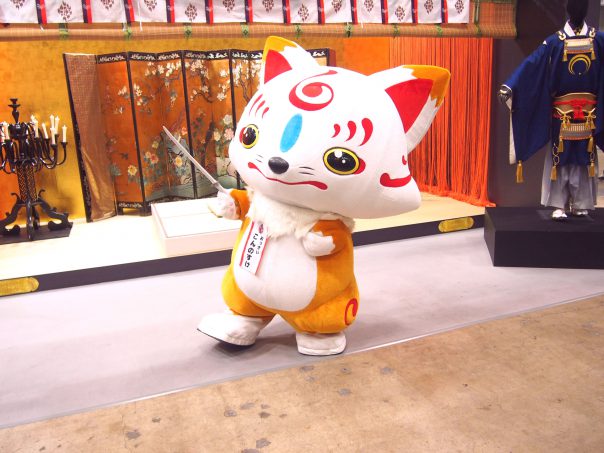 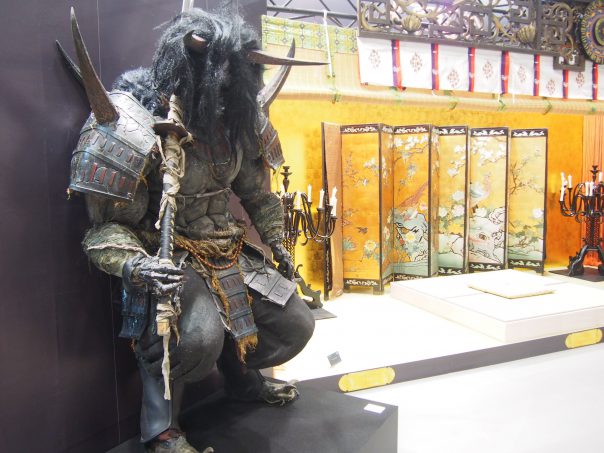 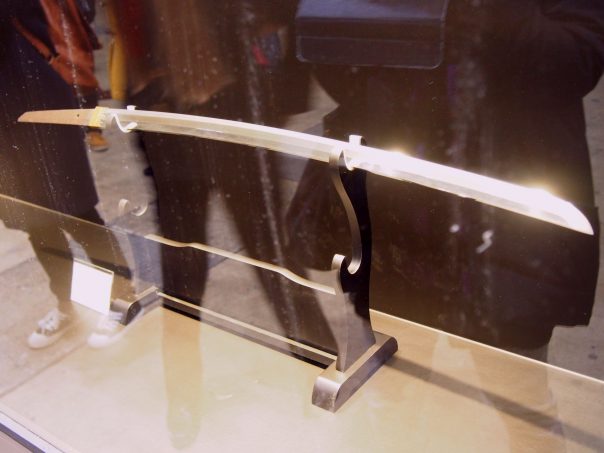 Token Ranbu became a big boom.
Konnosuke was surrounded by many girls.

Katana boom in Japan now thanks to Toke Ranbu.
This Katana is “Kiyomitsu” made in Edo Period. 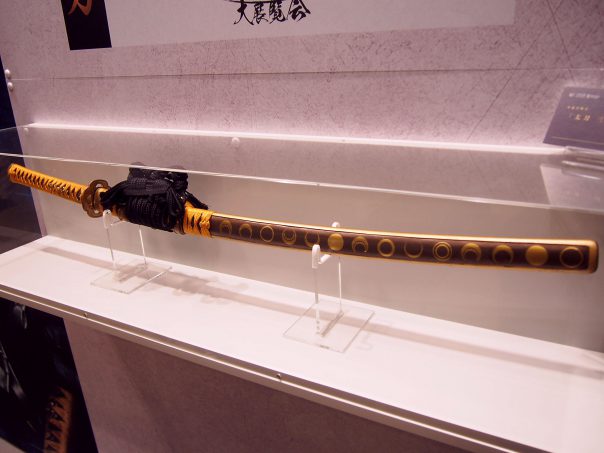 This is Munechika Mikazuki.
Made by Munechika Sanjo in Heian Period.
Looks great! 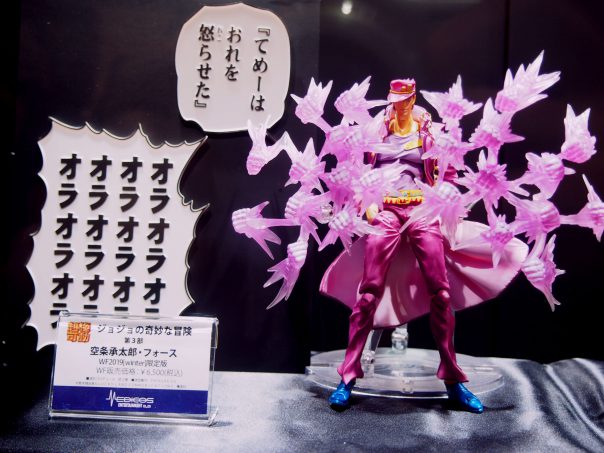 Every year Medicos Entertainment sell WF original figure of Jojo.
This 2019 was Jotaro Kujo and Giorno Giovanna.
You can also get lottery ticket when you buy the figure here! 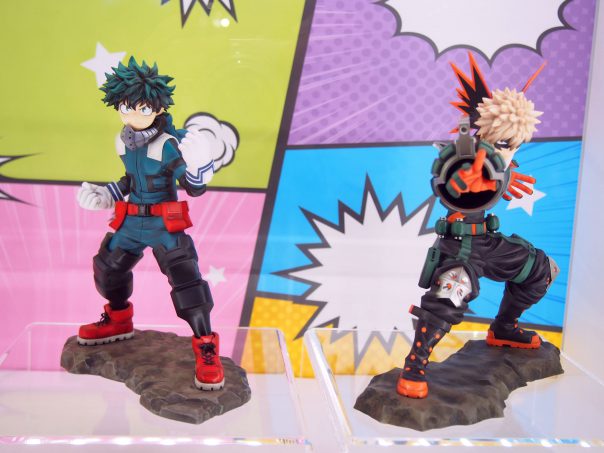 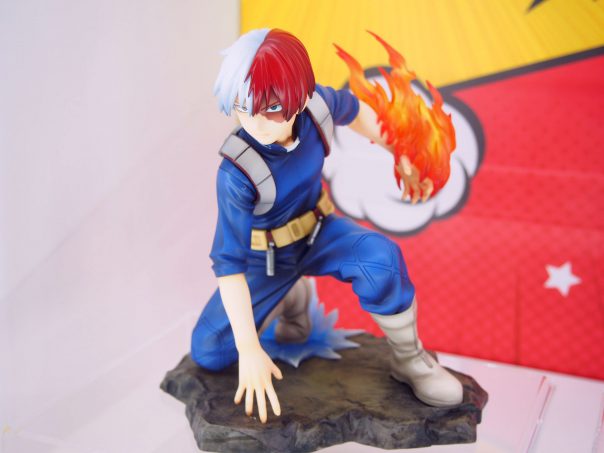 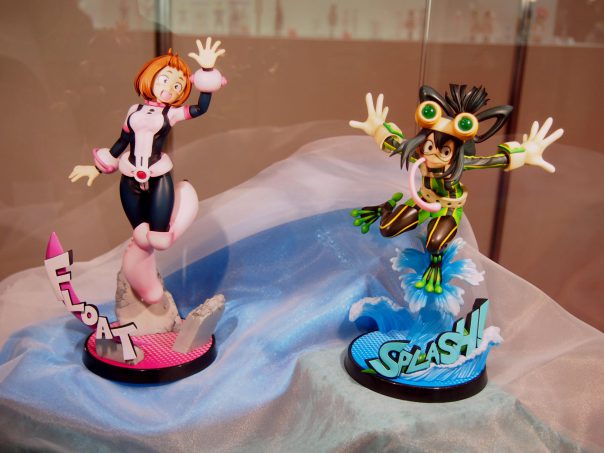 Boku no Hero Academia is very popular, isn’t it.
Although I have not read it, I know the characters. 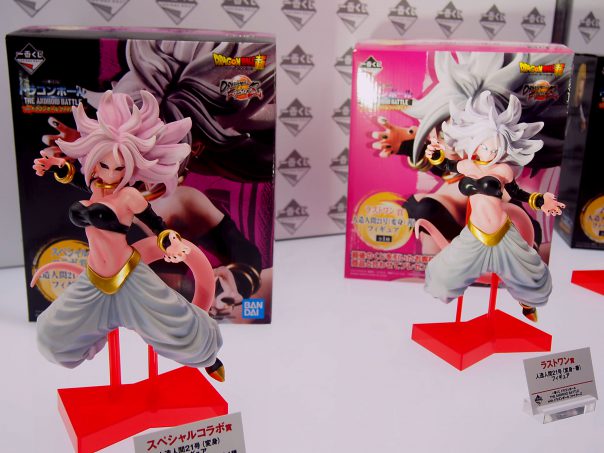 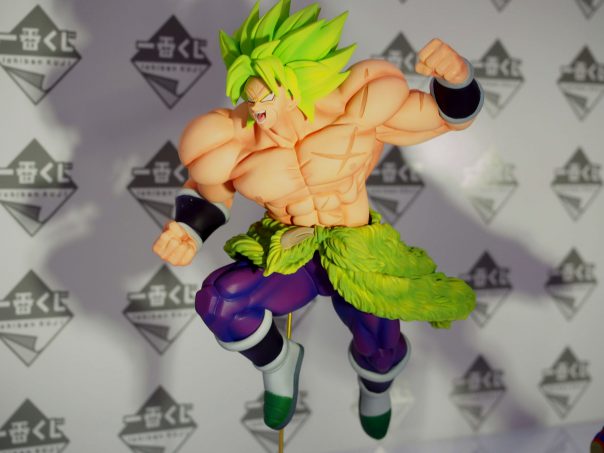 Dragon Ball Super Broly had been on at movie theater last year.

I did not know there was Android 21.
Looks like Android 21 is wife of Doctor Gero. BORDER BREAK is game of PS4.
This Brust Runner is the robot main character Hatii uses. This Banana Fish became anime last year.
It was actually an old comic over 25 years ago.
To my surprise it had been on the comic for girls but the story was really bloody and ruthless sometimes.

One of the great comics. 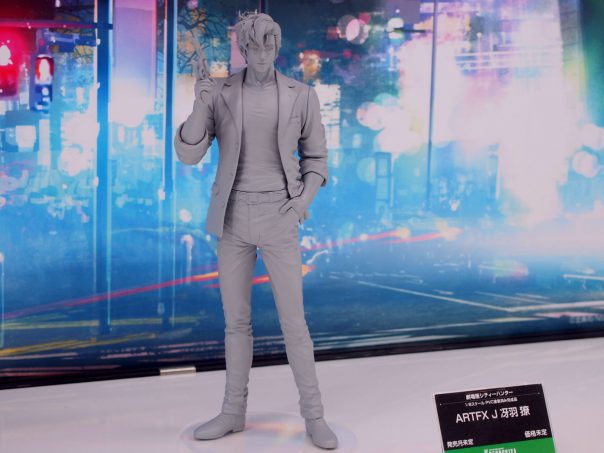 I was watching City Hunter when I was a child.
I felt like it was more like anime for adult as I was about 10 at the time but somehow kept watching. These Digimon figures are all from Megahouse. 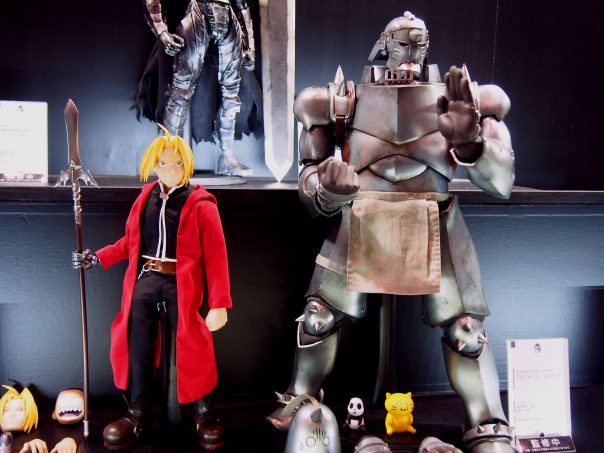 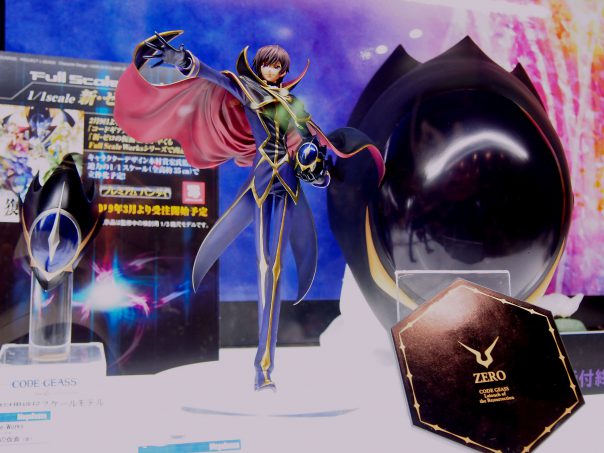 This Code Geass is sometimes ranked as top anime to see.
Back of the figure is 1/1 scale mask of Zero. 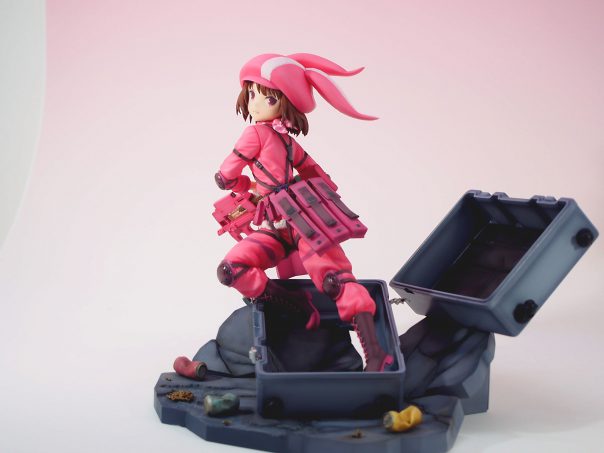 Sword Art Online Alicization is on air now.
Both Ren and Yuuki are popular characters.

October 2019, these figures are scheduled to sell.

Next one is the last page.
Check the page 3 from down bellow!