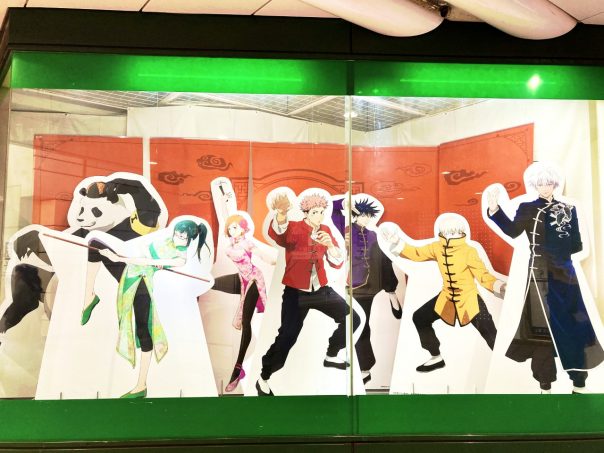 If you are a big anime fan, I’m sure you must know Jujutsu Kaisen.

Because this is the most popular anime next to Demon Slayer in Japan now.

It’s all about fighting between Jujutsu Sorcerers and cursed spirits.

There are some great quotes we can learn from it.
And there are also phrases which reflect Japanese business culture.

I’ll introduce them in both Japanese and English here!

PS. You can check complete set of comics of Jujutsu Kaisen here in eBay

生き様(いきざま) is a Japanese word, so no appropriate English word for it.

If I force the translation into English, it’ll be “the way one lives”.

But Japanese word “生き様” has a strong meaning in it, not just the way people live.

生き様 includes a nuance of the worth you make through your life.
So, how you live and what you can leave in this world through your whole life, that’s 生き様.

When president of Jujutsu Kosen (Tokyo Metropolitan Curse Technical College) asked Itadori the reason he enters the school he replied “To help people and that’s the will”.

President was not convinced of the answer, especially when Itadori said “Will” as it was not the decision he made on his own.

But Itadori tells him that he doesn’t want to regret the way he lives in the end.

Don’t look up without permission
許可なく見上げるな

なく is the same meaning as “なしに”, which means “Without”.

This is the phrase Sukuna said to Itadori when he confronted Sukuna in his body (Mental).

How much arrogant he is?

But I picked up this phrase as it strongly reflets Sukuna’s character.

弁えろ(わきまえろ) means “You should understand (know)”
Usually, it is written in Hiragana, so even I couldn’t read it first.

The last letter “ろ” comes from an imperative form of “しろ”.

So, this is the order.

痴れ者 is rarely used, rather, I’ve never heard of someone says “痴れ者” in my whole life.

It also has an archaic touch and I think it was used in the very old days.

Yes, Sukuna has been living over one thousand years, so I understand.

In this case, it stresses 痴れ者 and it implies “You are such an idiot, so you should know it!!”.

When cursed spirit Mahito touched Yuji’s spirit, that is, Sukuna, he was told that he should know his status.

不平等(ふびょうどう) is “Unequal”.
Here its adjective is used, so you need to add “に” to make 不平等に.

He said “I’m going to help people unequally” when he battled with Itadori whose body was taken over by Sukuna.

This is the resolution Fushiguro made.

He understood the reality of inequality in this world through his life.

Justice doesn’t always win.
What goes around comes around is not necessarily applicable in this world.

There were many innocent people who were killed by villains while villains keep living freely without worries.

When he faced this reality, what he made was this resolution of help others unequally.

I’m not a hero of justice, I’m a Jujutsu sorcerer
俺はヒーローじゃない、呪術師なんだ

“ヒーロー” is katakana, isn’t it.
So, it’s the same meaning as the English word Hero.

呪術 is “Japanese Sorcery”.
師 is a “Teacher” but it also has the meaning of a “Master”.

Fushiguro told Itadori that the reason he saved him was not from the thought of good or bad.
He said he was not a hero but as a human, a jujutsu sorcerer, who had emotions he helped Itadori.

Here she says she can bet anything as it is something to be herself.

This is the answer she replied to Itadori’s question.

He asked her the reason she entered Jujutsu Kosen and she replied “I wanted to live in Tokyo”.
Itadori was surprised saying “Can you risk your life for such a reason?”.

Then, she says she can bet as it is something which makes herself.

She had a special emotion to live in Tokyo and which was not a superficial reason such as enjoy fashionable life in Tokyo.

Here, I used “Don’t worry” and this word is also OK.

There are many words you can use for 大丈夫 in English such as “I’m fine”, “No problem”, “No worries”, etc.
So, any word is fine.

You can also say “Toughest”.

Gojo tells Itagaki to switch with Sukuna (Strongest Cursed spirit).
And Itagaki asks him if it is really OK as Sukuna is so strong and could defeat Gojo.

It’s cool of him to say such a word without any hesitation, isn’t he.

I’m getting off at 6 PM, No matter it takes
なにがなんでも18時にはあがります

あがる means “get off” here.
When you get off work, you can use this phrase.

This is the declaration Nanami made when he had been battling with a cursed spirit Mahito.

Finish the battle before 6 pm, no matter what it takes, that’s the rule he made.
Oh, yes, he was once a businessman.

The word is typical of Nanami.

Although I think it is a super rare case you can get off work at a today’s real Japanese company, haha.

ここから(先) is “From now on”.
It becomes “Now” under free translation.

The battle between Nanami and Mahito took long.
It passed 6 pm and finally got into overtime work for Nanami.

Overtime work, I did a lot when I worked for a company once.
Be prepared if you work for a Japanese company as a full-time employee because it is necessary.

Sometimes you paid but sometimes not, sadly. (T T)

Summary of Quotes of Jujutsu Kaisen in Japanese

What quotes touched your heart?

“I don’t want to regret anything because of the way I lived”.

Actually, I always feel so.

And this is one of the very things many people regret before they die.

There is no justice or injustice when he chooses something.
He just chooses things and helps others just according to his own judgment.

He hates working overtime and it applies even to a battle.

Now Jujutsu Kaisen is hot anime in Japan.
It is interesting as the theme of this anime is a curse people make.

If you haven’t watched it yet, I recommend you to check to keep up with modern popular anime in Japan.

Other Popular Quotes of Japanese Anime

Great quotes of Demon Slayer (Kimetsu no Yaiba) in Japanese!!

Tokyo Ghoul (and :re) best quotes and moments with Japanese!!

Beautiful Quotes of Your Lie in April in Japanese!!

Great Quotes of Anohana in Japanese!!

The Garden of Words : Beautiful Tanka (Poem) and Quotes

« Beautiful Quotes of Your Lie in April in Japanese!!
Popular Top 10 New Anime Lists 2021 Winter!! Which one you wanna watch? »