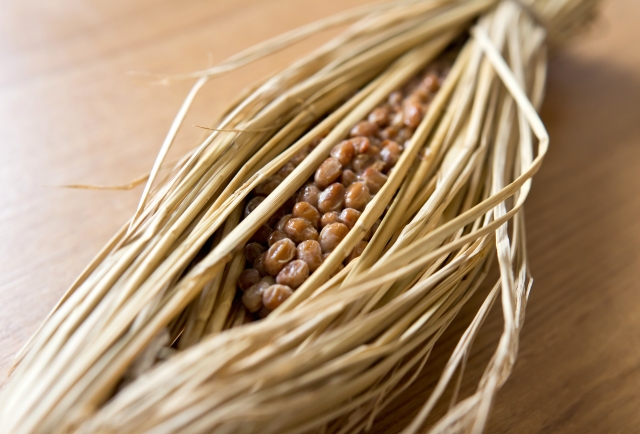 2019 started and already past few weeks.

On New Year, Japanese people enjoy Osechi Ryori, which is a special dishes for New Year.
The dishes lasts several days so they say wives can take a rest without cooking for their family.

This time I decided to write about long-lasting foods.
I picked up 8 Japanese Fermented Foods here.
Some of them are very famous but some others are not known well in overseas. 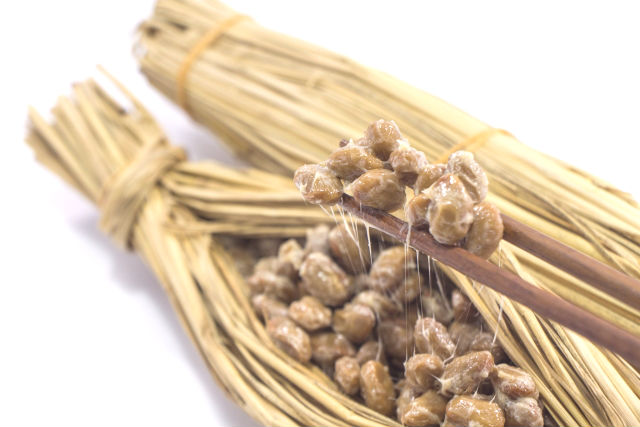 I think Natto is famous food among Japanese fermented foods.
The reason of it is it’s stinky actually.

I think many people from overseas do not like the smell or taste of it.

I think if I were born in abroad, I’d also become like I do not like this stinky food.
But as I was born here in Japan and got accustomed to the food in Japan I also like Natto very much.

Natto is also famous as healthy food and high vegetarian protein.
It includes vitamin B group which encourage growth and regeneration of cell, polyamine which is said to have an effect on metabolism and anti-aging, soy lecithin which is useful to improve rough skin.

So people who care about health positively add Natto to their daily lives. 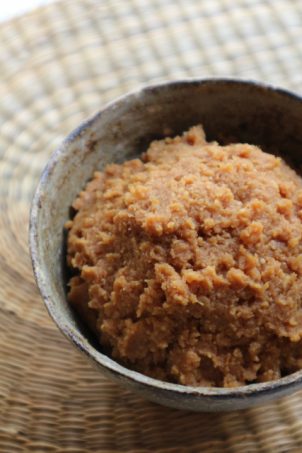 I think Miso is one of the most famous Japanese foods.
No need to translation into English.

Like Natto this Miso is also traditional food since old days.
Miso was called “Doctor Killer” by its great effect on human body in Edo period (over 100 years ago).

It includes 9 types of essential amino acids which is vital for supporting life.
Addition to that it has vitamin, mineral, fivers, carbohydrate, etc.

The ingredients to make it are very simple.
Soybeans, Koji (rice-malt), salt, that’s it!

Mixing Koji and salt with steamed and grounded soybeans.
After that you put it into container which has been sanitized (traditionally wooden barrel was used).
And then you need to wait from 10 month or a year until Miso is made.
Yes, it takes long time but patience is important for making great Miso.

Actually I myself made Miso by my hand 10 years ago from the scratch.
I usually buy Miso at supermarket as it is not expensive but I was interested in handmade Miso.

The taste of handmade Miso was actually so good and I can say it’s the best Mioso I’ve ever had. 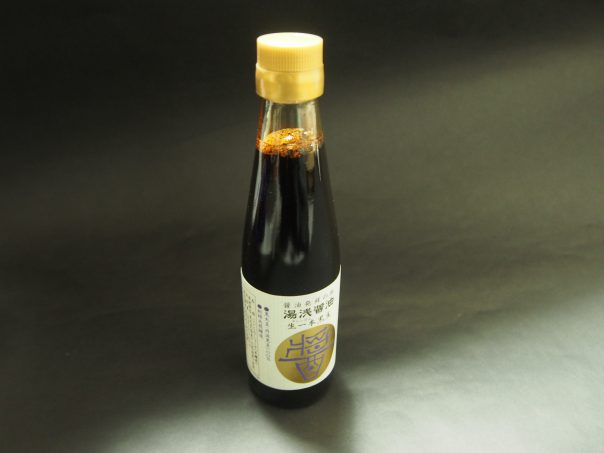 Shoyu is famous worldwide like Miso.
If you like sushi, you definitely know the taste of it as Shoyu and Sushi are always set.

And like Miso its ingredients are very simple.
Soybeans, wheat, salt, seed malt, that’s it!

You might have heard of Nam pla of Taiwan as it is also Shoyu.
And it is also fermented food in Taiwan but ingredients are different.
While Nam pla is made based on fish, Shoyu is made from soybeans.
So the taste is different although I like both.

As for making process of Shoyu, first you need to make Moromi by adding seed malt to soybeans and wheat.
Mix salt water with it and Moromi is made.
Moromi ages in barrel or tank for at least 10 months like the process of Miso.
After that it is wrapped in cloth and pressed to make Shoyu.
The liquid is heat for sterilization and binned.

Shoyu is almost staple food in Japan.
I myself use Shoyu for almost everything I made when it comes to Japanese dishes.
It adds the taste of the ingredients like the case of Sushi.

But it is salty so never try to drink it directly.
Yes, I know no one tries it but I heard very few people who challenged from curiosity or just to draw attention and died.
Even a 150 ml cup of Shoyu is enough to lead you to death. 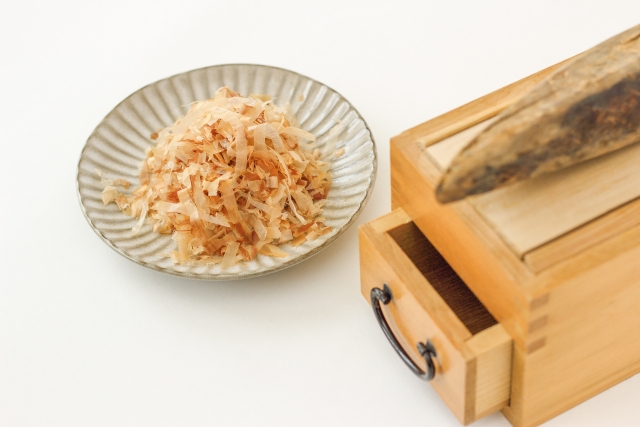 Do you know Okonomiyaki?
It is Japanese style pancake.

If you know Okonomiyki, you might have seen something moving on the top of it.
That’s Katsuobushi.

It is made of bonito.
It is also fermented foods

This katsuobushi is used some Japanese dishes.
Especially for soup stocks such as for ramen, soba, udon, Miso soup, etc.
Bunito makes great taste that people take advantage of it.

Making Katsuobushi takes time and effort.
Every bones of bonito are pulled out by hand after removing its skin, scale, subcutaneous fat, etc.
After that is is smoked many times and dried.

In the last process, moulding comes in and dried again.
Whole the process takes about 120 days.

Japanese people usually buy shredded Katsuobushi at supermarket.
They are packed in small sizes so easy to use.

But people who really pay attention to fresh taste, I think they buy Katsuobushi before shredding.
It’s expensive but they shred it by themselves and enjoy fresh smell and taste of Katsuobushi 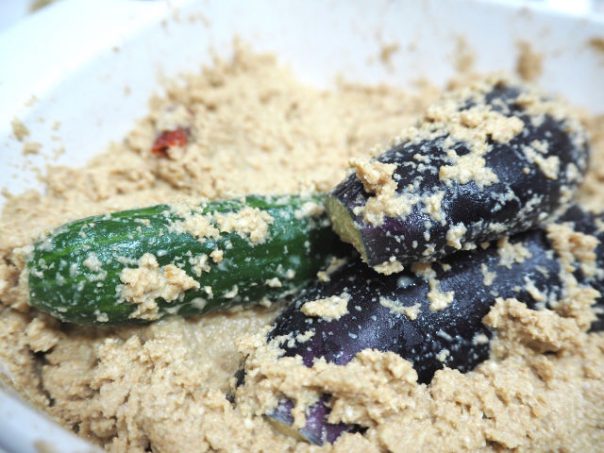 It is a traditional food since old days and especially elderly people love and keep making it by hand even now.
I also love this Nuka Zuke and my mother often made it.

As it is made taking advantage of a lactic acid bacterium, so Nuka Zuke is said to be healthy food.

What you need to make it are rice bran, salt, water, seaweed, hot pepper.
Some people also use small dried fish or Katsuobushi.

Mix all the ingredients (rice bran, salt, water, seaweed, hot pepper, etc.) with some vegetables or skins of vegetables.
These vegetables are called “Sute Yasai”, not for eating, it is just for complement adding nutrition and water until Nuka Doko is made.
This Nukado is salted rice bran used for pickling so you need to make Nuka Doko first to make Nuka Zuke.

Everyday you need to mix this from the bottom to increase lactic acid bacterium and yeast inside.
You also need to remove Sute Yasai and put new ones every about 5 days for 3 weeks.
And then Nuka Doko is made, you can put vegetables such as radish, carrot, cabbage, etc. into it and enjoy after leaving it between 6 hours to 12 hours! (time differs depends on the vegetables)

As lactic acid bacterium reaches intestines alive, it is said to be healthy food.
The amount of original nutrients of the vegetables such as vitamin becomes double, triple or more.

This kind of traditional simple foods might make you a long life. 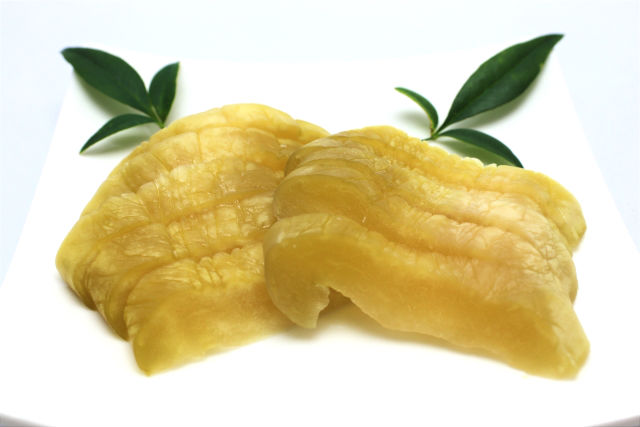 To tell you the truth, I did not like this Nara Zuke when I was a child.
I can say most children and young people do not like this food I think.

Its strong unique taste keeps those people away.
But it has a long history since over 500 years ago.
Since the 700s, Nara Zuke (It was called Kasu Zuke at the time) had been existing.

It is different traditional food compared to Shoyu, Miso, Katsuobushi and Nuka Zuke.
As it contains a bit of alcoholic.

Ingredients for making Nara Zuke are Sake Kasu, Uri (Pepo), sugar and salt.
Sake Kasu is Sake Lee which is the leftover bits made in the process of Sake making.

Nara Zuke is made using this Sake Kasu that’s why it contains a bit of alcoholic taste.

And it takes great care and effort to make Nara Zuke.
It takes a year to make it.
So Narazuke is usually expensive. 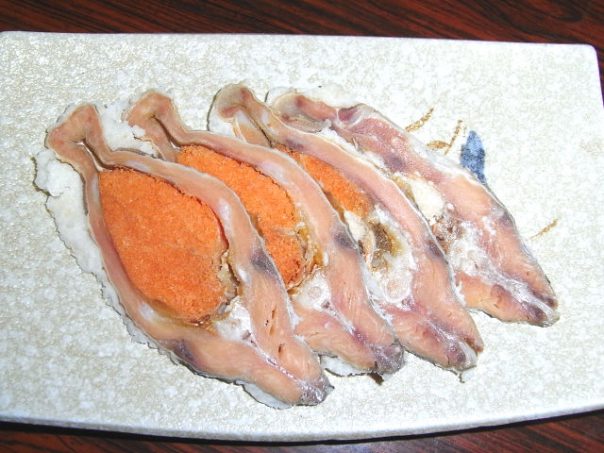 Nare Zushi is said to have been the existing Japanese oldest Sushi.
So it is the very origin of Sushi.
Its appearance is very different from those of today’s Sushi we usually imagine.

In the times, refrigerator had still not existed, it was created by the wisdom of people and coincidence.

I’ve never had it in my life but people who ate it says it is very stinky.
But it has a reputation for quality delicate flavor.
It is famous traditional food in Shiga Prefecture.

Biggest lake in Japan is located in Shiga Prefecture and the “crucian carp Nigoro Buna” caught in this Biwa lake is used for Funa Zushi.
After catching, it has been preserved in salt and then preserved in steamed rice next for natural fermentation.

For this fermentation, you can eat whole fish from its tail to head.

As you can get a lactic acid bacterium, they say it is good for your stomach.

If you meet with this Funa Zushi, that’s very rare chance. 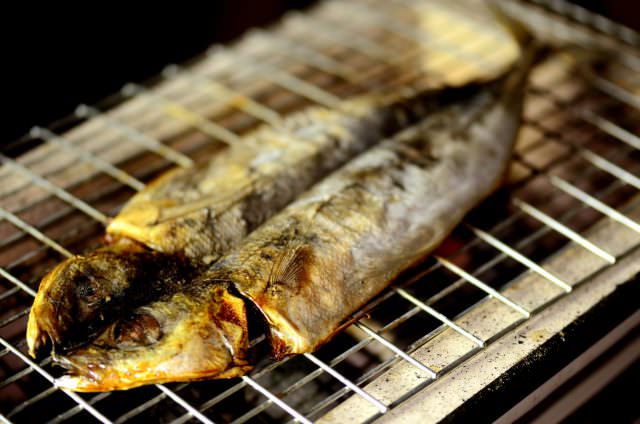 Kusaya is also famous for its stinky smell.
They say it’s the fifth stinkiest food in the world.
By the way, Natto is said to be 7th in the world.

I’ve never had it but I often heard it is very stinky.

Kusaya is made of fish.
The fish used it is sardine, flying fish, pacific saury, etc.

First the fish caught is opened and its guts are removed.
Then it has been preserved in a special liquid called “Kusaya Eki” for 1 to 2 days.
After washing it, it is dried in the sun and next in the cool wind.

The very reason of the smell is Kusaya Eki.
It is salt water but used for ten to hundreds years by adding salt to the original.
Of course, every time fishes put into the water and it keeps fermenting by the effect of microbes from the fishes.

This Kusaya is also traditional food since Edo period
It is preserved food plenty of Umami flavor from fish and amino acids.

Thinking about it, most of the fermented foods seems to be stinky.
But healthy to our body at the same time.
That’s why most of them have been existing even now since hundreds of years ago.

I know it is scary to try stinky foods but once you get used to it, it becomes tasty food.
When I was a child, I did not like Nara Zuke, Tofu, Wasabi, etc. because of the taste.
But somehow I came to like them rather I like it now.

So if you come visit Japan, I want you to try them.
First you might become like I do not like it but once you get used to it, it might become one of your favorite foods.