I think most of you know about Comic Con in US if you love american comics and figures.
Because it is the biggest event rather festival mixed with comic, movie and pop culture, etc. in the world.

It started in 1970 and is held for 5 days in July or August in San Diego in California.
You can see real Hollywood stars in TV and movie, too in this Comic Con.

And this year 2016, this great event came to Japan finally.
Many fans of american comics and movies in Japan were waiting this time for a long time.
Tokyo Comic Con mixed Japanese Wa food, pop culture such as Vocaloid, cosplay and video game technology of Square Enix, Capcom, etc.

The size of it is still not as big as the Comic Con in US.
I visited the biggest anime and figure festival in Japan Wonder Festival several times in the past and I thought the size of this Tokyo Comic Con was less than half.
But still this was very big festival with 3.5 thousands visitors and you can enjoy unique Japanese version Comic Con here.

Stan Lee who came visit this Tokyo Comic Con and said that it surely grows much bigger like the one in US.

I took so many pictures of figure, goods, cosplayers, etc. that this might be very long article but hope you enjoy the atmosphere.
I introduce in the form of report.

I arrived at the venue at about 9:30, it is just the time of opening.
There was a long waiting line even though I bought the advance ticket.
Still it was just about 30 minutes, it was better as I had to wait more than 1 hour for Wonder Festival.
But it depends on the time you come, if you come early before its opening, you might have to wait longer.

When I was lining I could see life-size figure of C-3PO is also waiting in line.
What I surprised was it was not just a big figure, it also waited and moved by itself to the progress of the line.
People around me were also talking “Wow, C-3PO!!”

Just before entrance, there was a checking of bag by security guards.
There was no this kind of checking for Wonder Festival but I thought this is good attitude as Japan is the venue of Olympic in 2020 that it needs more strict checking system. 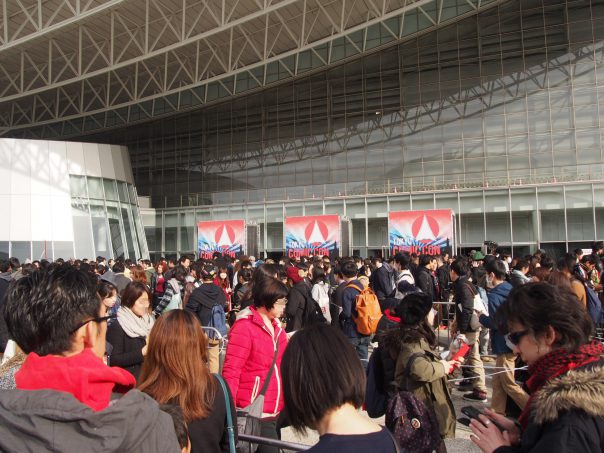 Welcomed by De Lorean of Back To The Future and K.I.T.T. of Knight Rider 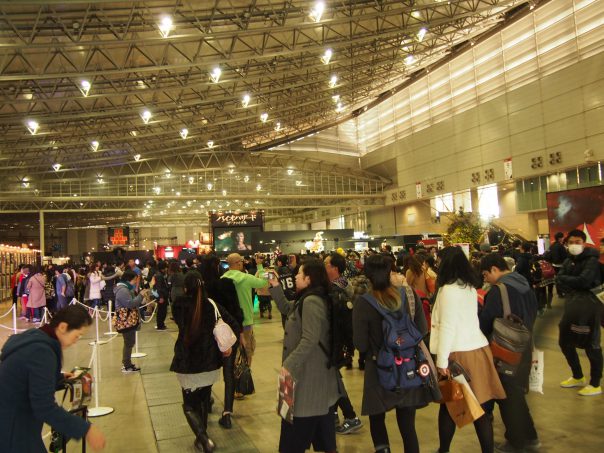 On entering, you meet this De Lorean of Back To The Future. 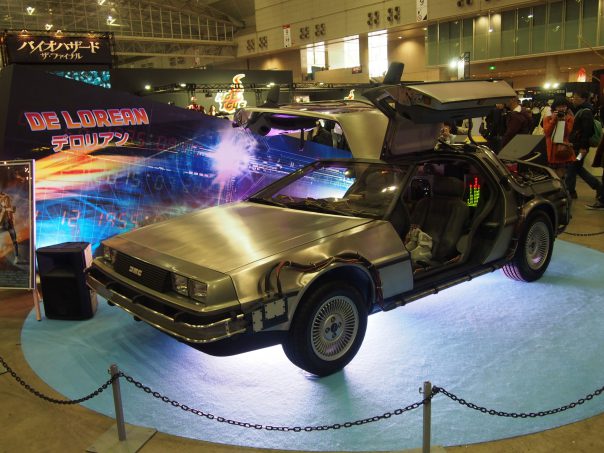 Very cool with its gullwing opened!!
I watched all the series of Back To the Future and thought this De Lorean was really cool.
It is very rare to see real-size De Lorean.

And next to the De Lorean was 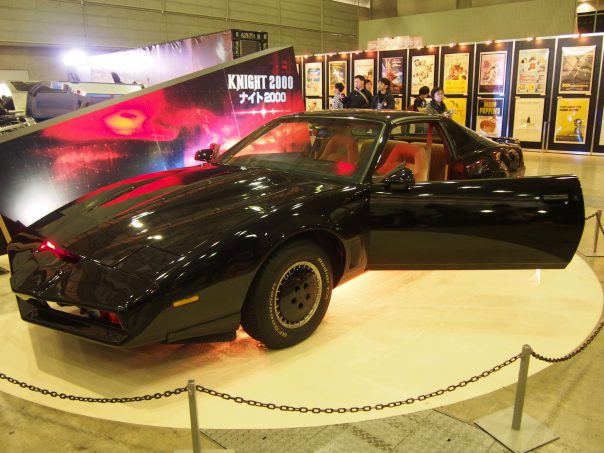 This is too great meeting.
It is really rare to see the car of Knight Rider.

I would often watch it on TV when I was little.
I still remember the voice and phrase of K.I.T.T. “Hi Mickel”

What’s that big black thing over there! 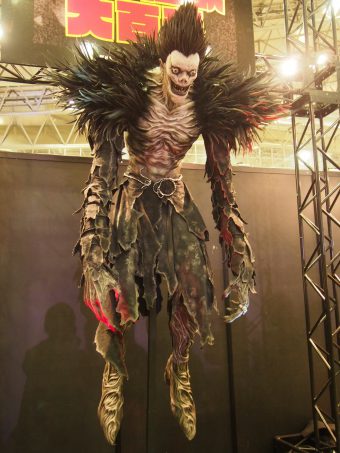 Wow, this is great, I never imagined I meet with Ryuke here.

Well, but is it American Comic?

I see, this is Tokyo Comic Con, Comic Con of Japanese Version that anything is fine! 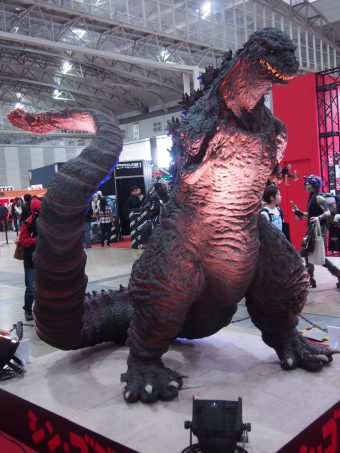 Godzilla!
This 2016 was the year of movie Shin-Godzilla released. Terminator!
This is the real one that is used in the movie.

Figures of Batman, Star Wars, Back To The Future 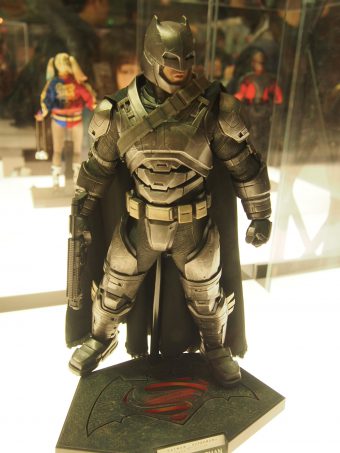 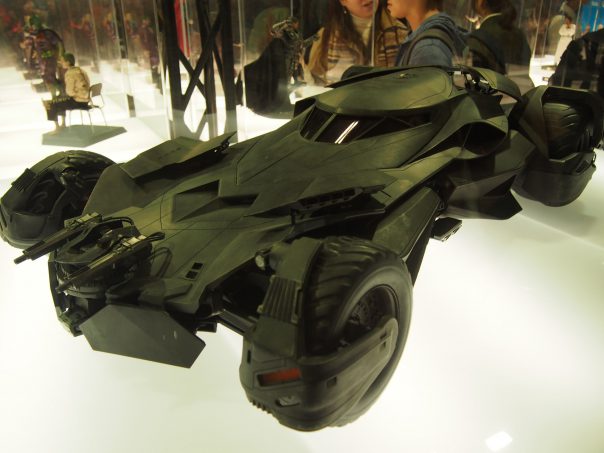 This Batmobile is cool! 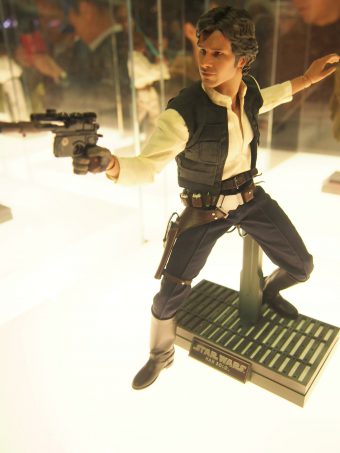 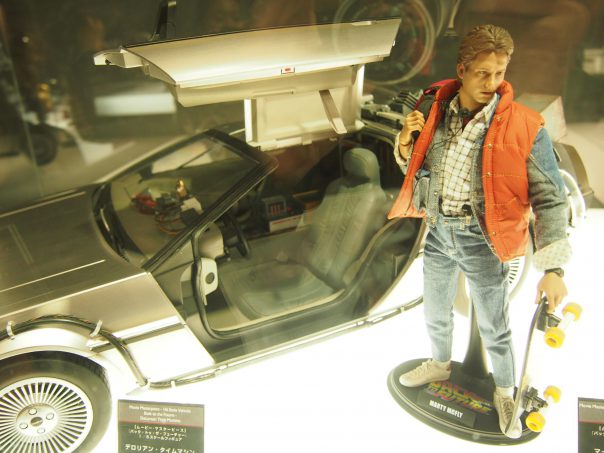 There were wide range of POP! Animation figures of Funko.
They are all cute! These figures are just on display but you can buy some of them in this Tokyo Comic Con.
You might find limited ones.
I wonder how many types in total for this POP series. I have to say I never took all these scary pictures if I had no intention of using it in my blog as it is too scary T _ T
But I have to say all of them are great quality at the same time.

Sales of Kimono?
Or maybe you can try it on as a cosplay. 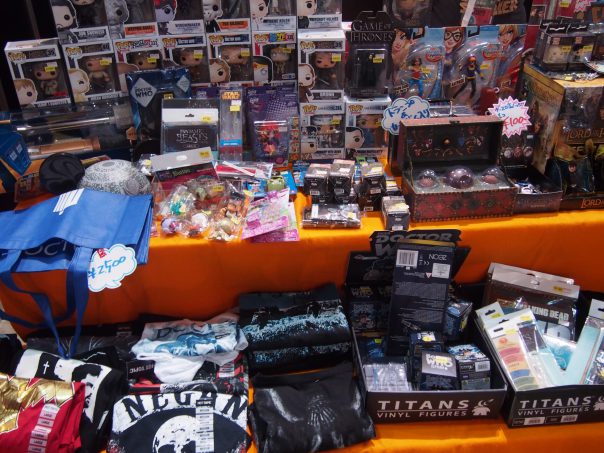 I could see POP Animation figures of Funko. This booth was very popular.
They were selling T-shirt of American Comics. 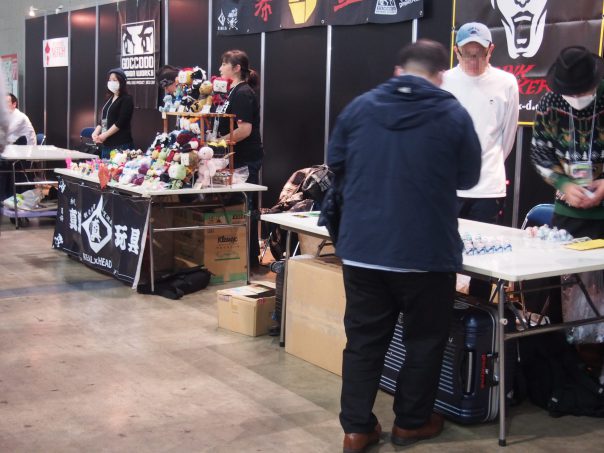 I think these 3 booths were most popular as there was a long line.
Looks like not that popular in the picture but behind me was long line of people and one by one come in front of each shops from the line and pick up the item they want.

Actually I didn’t know any of the items.
It must be not major items such as from American Comics or from Japanese anime but it must be known to those in the know.

I was in line although I didn’t know any company or items.
But I have to say if I knew the waiting time at the time I gave up join it.
I think I lined almost an hour, it is more than the line of entrance of this Tokyo Comic Con itself.

And what I bought after this long line was this! 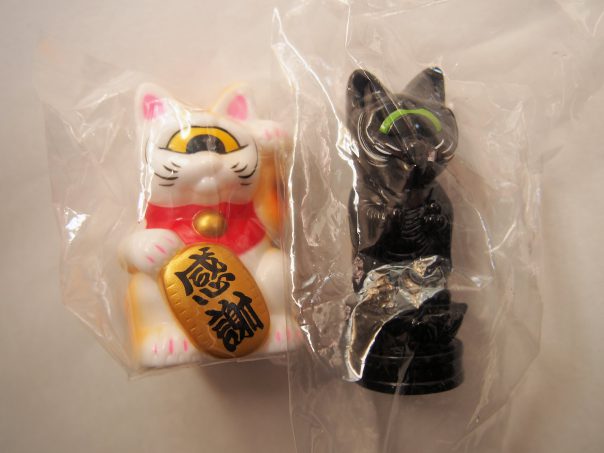 A kind of Cat? Youkai Cat?

After I went home I checked these figures.
I found this cat is called “Fortune Cat” and made by Real x Head.
It seems like very popular figures for fans. Every year I visit the booth of Kaiyodo in Wonder Festival but I didn’t imagine meeting with Kaiyodo in this event.
Kaiyodo is very famous maker of quality figure in Japan.

To think of it, Kaiyodo has been making figures of American comics such as Ironman, Deadpool, De Lorean, etc.

There was a booth of Kinnikuman.
Kinnikuman is popular anime that had been on air in 1983 and in 1991 in Japan.
I could see some limited figures and I was going to buy figure of Kinnikuman soldier but it had already been sold out.

What else I thought unique is this. Sake and Sake cups of The Monutain.

He battled with Terryman once in special ring in Cichibu in Saitama.
This Sake is made in Chichibu using clear water in Chichibu.
This set of Sake, Sake cups and small wooden box for Sake is 12500 yen (about $110).

Beef Sushi was most popular at Food Space

Wide range of food shops there. I could see local foods in Japan such as Udon, Soba, Sushi, Japanese Pancake, etc.
But this is Comic Con that Pizza from US, too. There are tables to have foods, too although it is standing style.
I found long line in front of one shop.
It was Sushi but was not Sushi of fish.

It was Sushi of beef!

Udon also looked good!
This shop is from Kagawa Prefecture as it is the home of Udon. When I was taking a picture of booth of Udon, stuff of the shop gave me this. It says “Kagawa is not only Udon” in Japanese.

Kagawa prefecture is famous for Udon but most people don’t know other than that about Kagawa Prefecture that it says there is more things in Kagawa.

Interesting point is this leaflet tells us all the best of Udon in Kagawa with pictures of Udon and says “Welcome to Udon Prefecture” in English.

Have a try Udon if you have a chance to visit Kagawa as it tastes very good and you can enjoy it at less than $3.

Next to Domino Piza, there was a cool Scooter for Pizza delivery. Oh, I see, now is December, Christmas is drawing near.

« Theme Park in Fukuoka got flaming by displaying dead fish frozen into Skating Rink
What is Ishiyaki Imo (Roasted Sweet Potato)? How to Cook? »