Wonder Festival is the biggest event for figure, toy, anime and cosplay all over Japan rather all over the world where professional, amateur, maker join with more than 50000 visitors in 2016.

Wonder Festival was first held in 1984 and since then it has held every year until now with the big growth of visitors nowadays.
Its dealers were less than 100 in 1984 but it is 1896 in 2016.
Every year famous Seiyu (voice actor) of anime, comic artist, producer, etc come and talk on the stage.

You can buy Pre-Release and limited items in this wonder festival.
If you like Japanese anime or subculture things this is must-see event in Japan.
But please prepare your mind as there is always very long cue and it often takes more than 30 minutes before you enter after arrival at the venue.

Using 3D data + 3D printer is now trend of figure making.
Not only professionals but dealers also use 3D data for making figure or original model.

This is the trend of figure making nowadays and this will be mainstream.

Characteristic of 3D data is you can announce, release and present it as it is (as 3D) widely before making real figure.
The data can be not only become figure but picture, image and video.
3D data has possibility for several exits.

“From analog to digital” trend is also happening to figure modeling world, too.

Wonder Festival began at 10 am and I got to the venue just at 10 am.

But as I imagined there was so long cue already.
July is in the middle of Summer so it’s so hot outside when it is sunny.

After all I had to line up this long cue for 45 minutes until entering the venue. Anyway when I went inside what I met with was this big Godzilla.
New movie Shin Godzilla is released in 29th July 2016 that’s why.

Actually producer of Evangelion Hideaki Anno came to this event in the evening and talked about the new movie. Itasya (car painted with anime characters) with Cosplay girl.
There are always some Itasya for this event. Osomatsu-san is popular nowadays.
But what I remember is original osomatsu-kun which I had been watching about 25 years ago.
I feel current of time but it is a pleasure to see them again in renewed version. 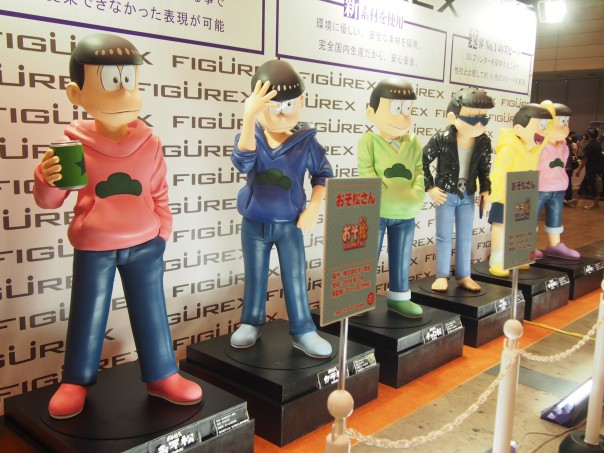 This is cool cooking tool!
You can make a pancake of star Wars! 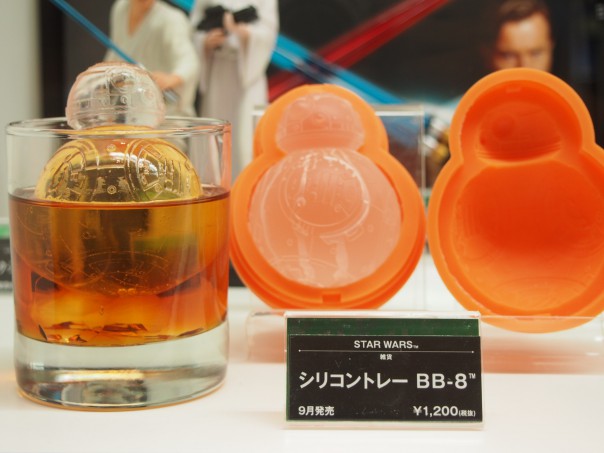 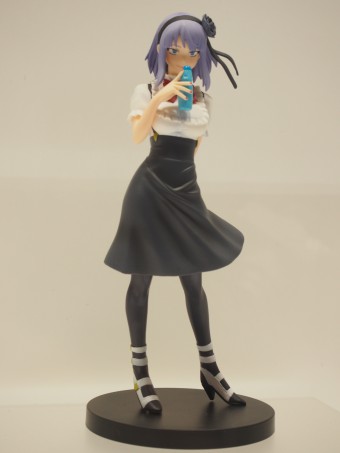 I was into this video game when I was child.
I still remember it was difficult game to complete. 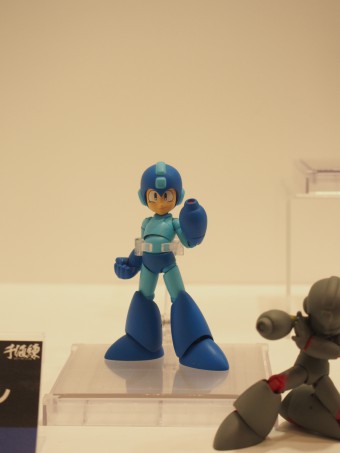 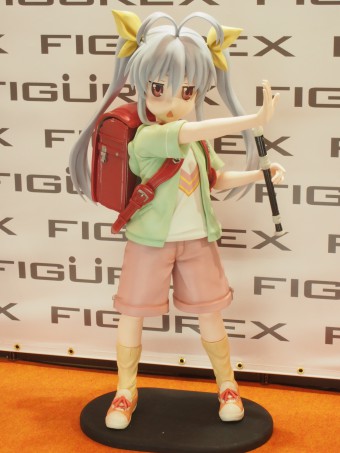 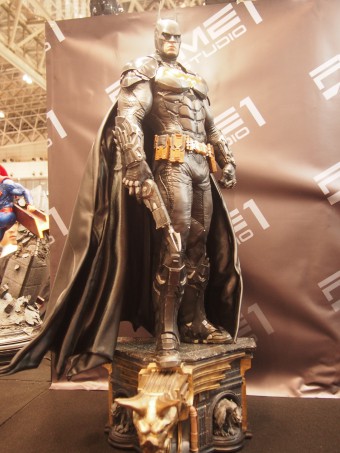 I need to improve my camera technique. 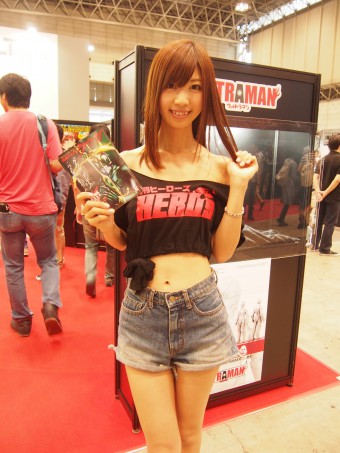 Masked Ver, Kaneki from Tokyo Ghoul.
This is cool! 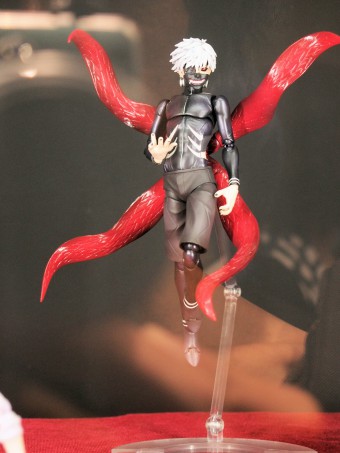 It’s just like came out of the film.
Transformer was also my favorite toy and video game when I was little. Wow, I never imagined this combination.
I wonder which is winner. 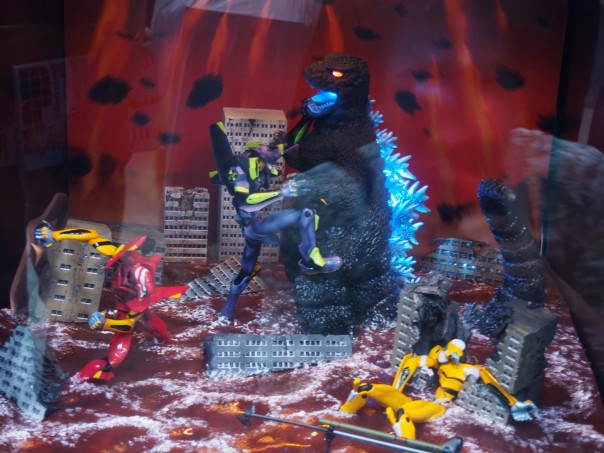 Yes, I bought this one.
This is limited version of this event.

The balloon in Japanese says “Do you remember the number of the breads you had until now?”
Well, I don’t have much confidence about it. I saw these life-size dolls last year, too though there were not this many. I got this Umaibou for free.

This is a popular snack since a long time ago.
It’s about 10 cents and has more than 15 flavors.
This one is original one only for wonder festival with anime design on it.

You can sometimes get this kind of snack or candy in this wonder festival for free. 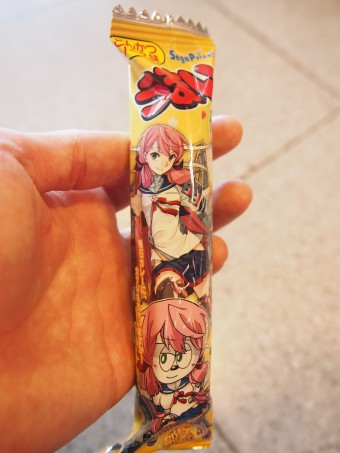 This is inside venue.

But still it’s just a part of one facility.
Wonder festival is comprised of two big facilities and another one is right next to this facility.
You can come and go freely between them. 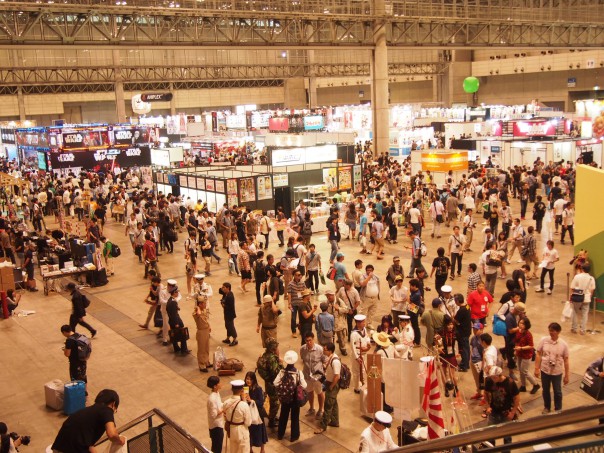 I went outside and there were many cosplayers there.
Long line is a evidence of popular cosplayer.

I found this cosplayer in the back and asked him of my taking a picture of his.
He agreed with slight nod.

I think this is monster of Dragon Quest but I’m not so sure. 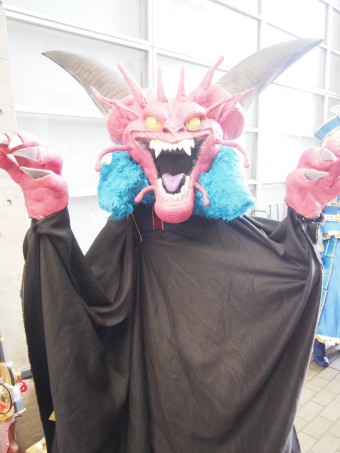 Went back inside venue.

And found figure of Ushio to Tora.

I used to read comic of Ushio to Tora when I was junior high.
It’s about Youkai (Japanese style ghost) and human.
It was one of my favorites’s manga. 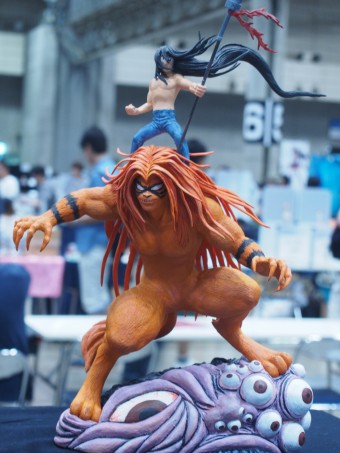 This Tetsu jin 28 looks very cool.
It is old day’s anime but still popular and famous. Mazinger Z & Grendizer are also anime in old times.
I’ve not seen it but I know they still have many fans worldwide. 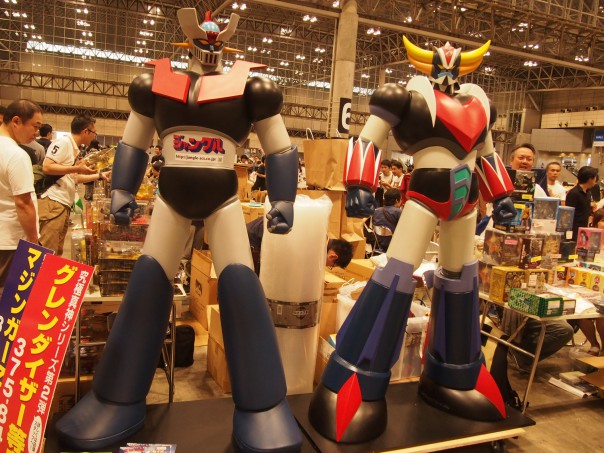 This is Billlante from Godzilla.
Impressive!! If you go to the corner far behind you can find packing spot.

I had my items delivered at this place last year.
I recommend you use this place if you bought too many goods that you can’t bring back home.
Cardboard and bubble pack are for free here. 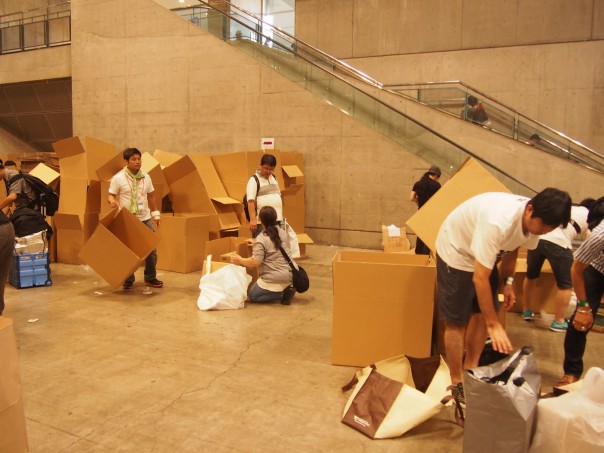 I asked him if I can take his picture and he nodded without a word.
This might be rule of his setting of Cosplay. And just before leaving the venue I found

I was so excited and asked him of taking a picture.
He was friendly and kind person and accepted my offer with a smile.

I was still not good at taking picture but he made a several pose without my asking.
I found that even if camera man has not good skill some cosplayers who know how to being taken cover it up though it doesn’t become any excuse for my low photo skill.

Anyway I was very happy as I could found Zack and could took cool pose just before leaving here. 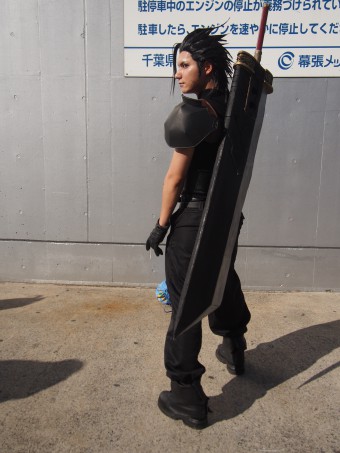 This is all about Wonder Festival 2016 Summer.

If you like Anime, Figure, Toy & Cosplay I really recommend you to come visit this wonder festival.
As I said first only prepared yourself for a big scale venue and crowd of people!!

« Not hatred but forgiveness
HandMade In Japan Fes 2016 »