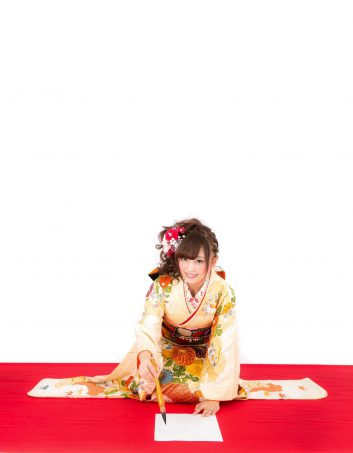 New Year is called Oshougatsu in Japanese.
Most companies are closed, except for some retail stores, hospitals, etc. until 3rd January.
You notice how calm outside is, especially, on 1st January if you go out.

But on the contrary, some places become very busy with people between 1st and 3rd January.

What Japanese people usually do in this Oshougatsu?

Shimekazari is a decoration of Sacred rice-straw rope.
People display it on the door or entrance to the house on New Year.

Shimekazari is for welcoming the Toshigami or Shinto Deity and showing the place is a sacred place.

You also might have seen a big tall tree wrapped around this rice straw.
The rice straw means spiritual boundary between sacred area and the actual world.
Inside of the rice straw is considered to be sacred area. 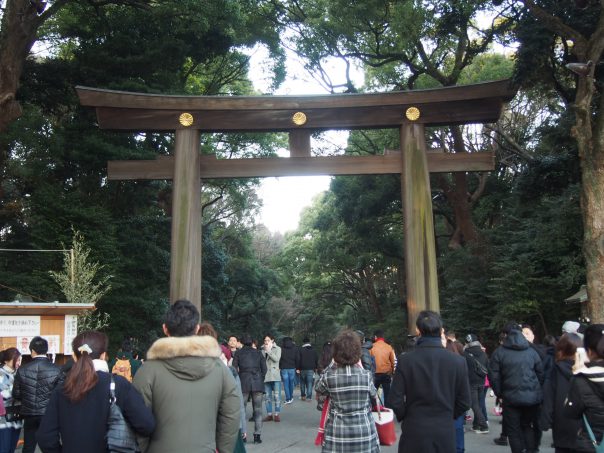 Hatsumoude is visiting a shrine on New Year’s Day.
Shrines, that have no need to line usually, get tons of people for praying.

People do Hatsumoude to show gratitude to Shinto Deity for the past year and pray for the well‐being of one’s family and sound health of the year.

Most people visit shrine between 1st and 3rd of January that most of all the main shrines or temples are really crowded.
It sometimes takes an hour from the first gate to the main shrine or temple.

But I recommend you to visit shrine or temple on New Year’s Day as you can feel “the Japan” there.

Line up for a Lucky Bag Fukubukuro 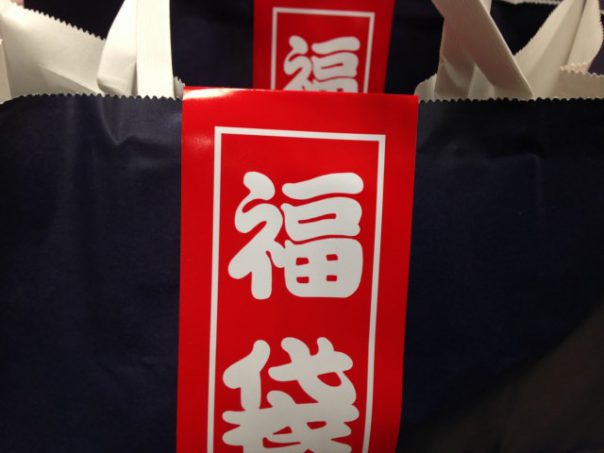 New Year’s Days is not only for traditional things but for modern shopping.
Every store such as clothes store, appliance store, cafe, etc. are selling lucky bag.

Popular lucky bags every year are Yodobashi camera, Apple, Tully’s Coffee, starbucks Coffee, etc.
As long as I checked the items inside from other’s video they are certainly good buy.
They are not odds and ends of dead stock of the store that I can understand the popularity.
But that means it sold out quickly that some people line up from very early morning on 1st day such as 3 am.

Both Apple or Yodobashi camera are really popular every year that even if you visit the store early morning such as 6 am you could see very long line of people.

Only Tully’s Coffee you can book in advance that no need to line up.

I also recommend you to challenge a lucky bag of village Vanguard if you are challenger.
It is really unique shop that handles strange and funny goods which you can’t see at ordinary store.
That some people, especially young people love the shop.
No one knows what’s inside that you might be able to get unique great goods you love but vice versa.

This long line of people also became one of the characters of New Year in Japan.

If you want to know more about the details and the contents of Lucky Bag, here I wrote the article of Top ranking of Fukubukuro 2018.
Fukubukuro Lucky Bag 2018 in Japan

I think New Year is a good chance to see and touch traditional culture of Japan.
Even though everywhere crowded.
If you are not good at crowded place it might be good to challenge flying kite, Hanetsuki and traditional cards.

People could get enough rest at the end of the year to at least 3rd January in the old days but as you can see from the long line of shop on 1st January, there are also people who work from the 1st.
I sometimes felt like it would be great if most people could get enough rest at least a couple of days at the end and the start of the year as people are always busy through the year.

But it is also true thanks to the people who work at there, we can get things or can go see a doctor without worrying anything.

Anyway this New Year is most important date I think in Japan.
People wish something every year on New Year when visiting Shrine or Temple.

It’s the fresh start of the year in Japan.