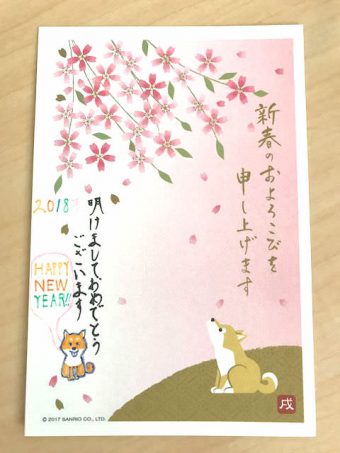 That is, Happy New Year!!

Yes, I know it is already 1 week after 1st January but for my blog this is the first time so please overlook me.

How do you spend the beginning of the year?
In Japan, many people visit shrine or temple and which is called Hatsumoude.
Or visit shops to buy Lucky Bag called Fukubukuro.

And one of the things, I can say most of the people do is receiving or writing New Year’s Card called “Nengajo”.

I also write Nengajo every year but do you know how to write, where to buy, and common phrase people use?
There are also history of 12 animals and every year these animals appear in Nengajo in turns.

This year 2018 is the year of Dog!
I’ll also touch the meaning of Dog Year in this article. 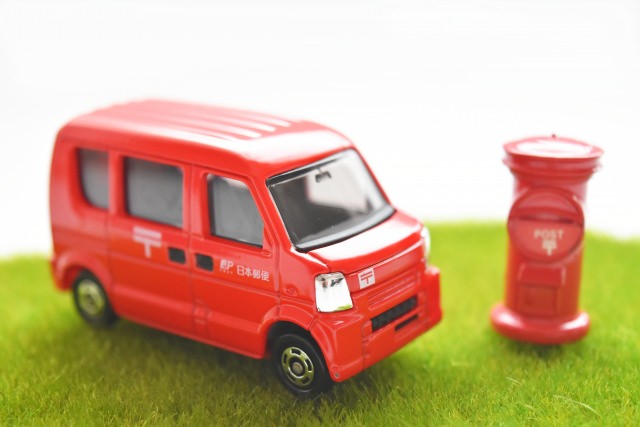 Japanese Post Office is the main place to buy Nengajo.
So you can find it everywhere.
They even come to closest station and sell inside or in front of the station only in the end of the year.

There are many types of Nengajo with animals, traditional images, Kanji, etc. so you can choose whatever you like among them.

You do not want to go to station in this cold season?
Then have a look closest convenience store.
They also sell some Nengajo! 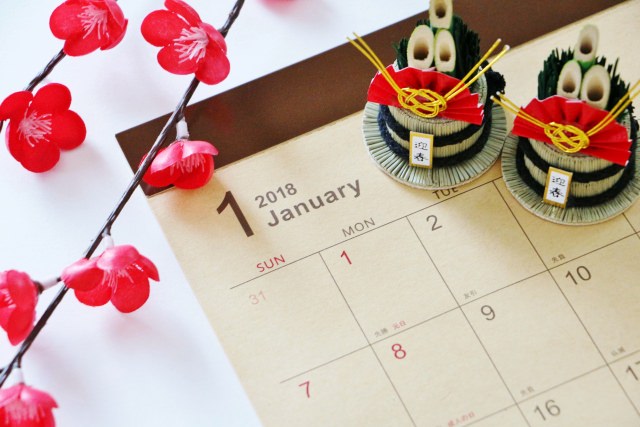 There is a certain date Nengajo should be delivered.
Yes, as you know 1st January.
People get Nengajo on New Year.
But to be delivered on 1st January, you need to send it, of course, before New Year.

That’s 25th December.
If you post before 25th your Nengajo get to the place on 1st January.

But Japan Post also say even after 25th they try their best to get the cards delivered if you post until 28th.
This is not 100% guaranteed but still there is a chance to be delivered on New Year if you post cards until 28th at latest.

You might think if I get unexpected New Year Cards?
From Unexpected friend, business partner, etc.
In that case, yes it is OK just write Nengajo and post it.
To reply Nengajo is a manner so do not ignore, please.

Actually I often write after New Year.
1st January is best but still it is OK if you reply as soon as possible after you receive it.

But please take care the card to be delivered before 7th January.
Because from 1st January to 7th is an important period called “Matsunouchi”.
Matsunouchi is the period people welcome Shinto deity called Toshigami-sama to their houses by displaying New Year’s pine called Matsu Kazari.

So I can say you need to write and post until 4th January at latest.
If you post before 4th January, the card will be delivered until 7th January of Matsunouchi.

To Whom do you write? 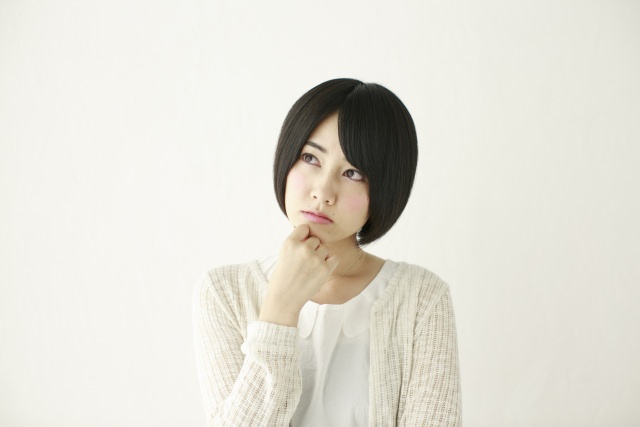 Actually this is the difficult part even to Japanese.
Yes, even to me.
Because it depends on the situation.

Well, as long as I checked, some people say we should but the others say we do not need to.
So fifty-fifty.
Yes, it depends on the person.

Well, if you do not see much of the friends and had a good relationship in the past, yes, that might be good to send cards.

For close friends who you see much of even now, I think no need to send as you see much of them and knows well without asking “How are you” by cards.
But of course, it is also OK to send Nengajo to them.

As for me, I don’t send Nengajo to close friends who see often but send to those who see little of and had a good relationship in the past.

How to write and make Nengajo 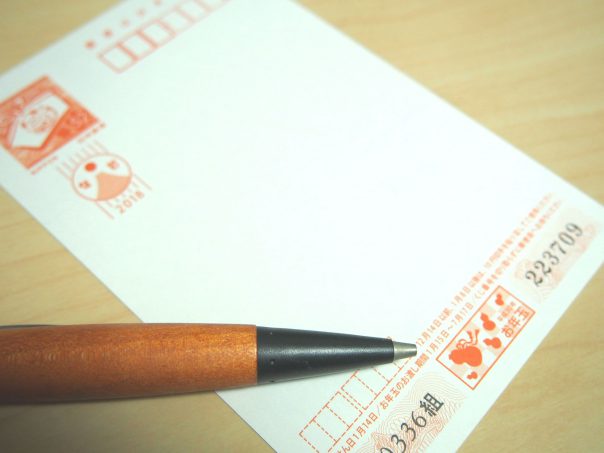 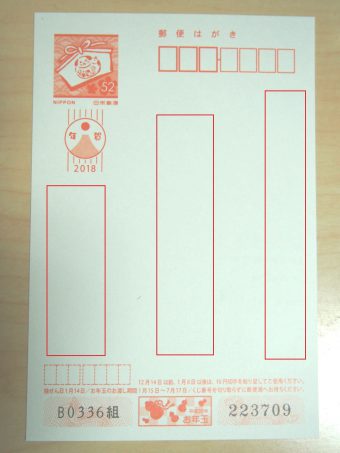 1.
You need to write the address of the person you send to on the top-right.

2.
And his or her name should be written in the center.
You have to write the name in a bit bigger size compared to the address.
Do not forget to add “様(Sama)” in Kanji at the end.

Sama is honorifics and even to your friends you need to use this “様” in Nengajo.
If they are couple or have kids or babies, you need to write names of all the family members with “様” for adults, “君(Kun)” or “ちゃん(Chan)” for kids or babies.

3.
Write your address on the left side and then your name next.
You do not need to write in a big size for both your address and name.

You can write anything.
You can even draw picture.

I often see family picture, too these days.

You can also write words and phrases.
I’ll show you some of them in next chapter.
Other than these certain words or phrases, you can write private short messages, too.

For my example to friends, I write like “Hi, how’s your days?”, “Let’s drink when you have time!!”, “Wish you a Happy Year!!”, etc.
Anything is fine but this is casual phrase to friends so if you write to your boss, superior, people related to business, you need to write in honorific and the contents itself also will be a bit differ.

There are certain phrases often used in Nengajo.
I think following phrases are most common and I myself use often.

You might think different Japanese but all same translation of “Happy New Year”.

I have to say there are no proper words in English and all Japanese are words to celebrate New Year so if I translate freely it all becomes “Happy New Year” in the end.

“今年も宜しくお願いいたします”
(Kotoshi mo Yoroshiku Onegai Itashimasu)
“Happy New Year” or “I’m looking forward to working with you this year, too” 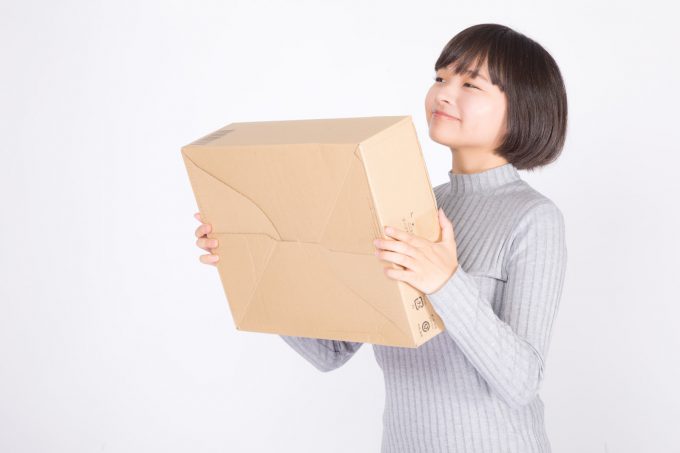 Did you know Nengajo has lottery number?

Yes, you might get something good if you are lucky.
So please pay attention to the date of announcement of winning number.
The number is written in the bottom of the front. 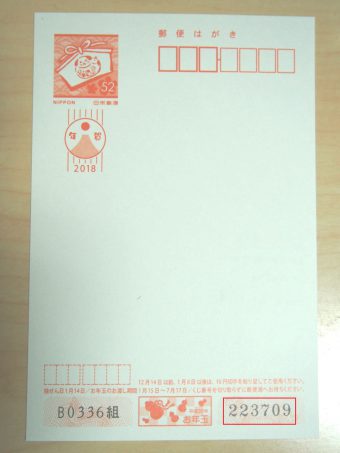 When is the date?

For 2018, it’s 14th January.
So every year the date is around middle of January.

Do you think it is very rare to win?
It is not, well, as for me.

I won several times when I was a child.
But not like 1st prize but still just once I won 2nd prize.
I was so happy and I could choose from a variety of foods.
I chose special crabs and I think if I bought the crabs at a fish market in those days, it would be more than $80 in total.

Please check your lottery number at the post office.
If you are super lucky, you might get 100000 yen!! 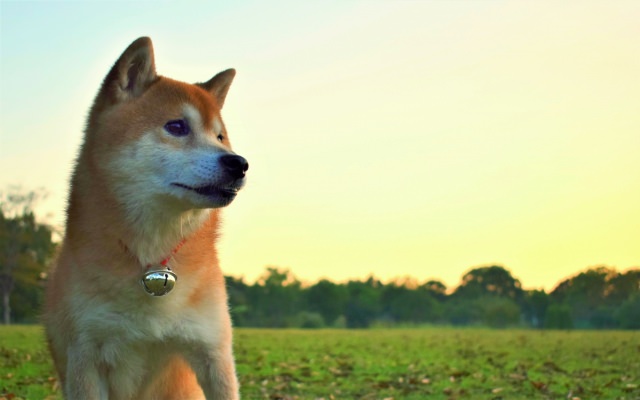 As I wrote several times before, there are 12 animals each year and this 2018 is the year of Dog.

Yes, long story short, there is no meaning.
Sorry I might made it too short but if I tell you the history or meaning behind it, it becomes very long story so I tell you this animals thing another time.

In short, people in the old days needed to know the date, but it was related to heavenly body, angle of Jupiter then spiritual things such as the principles of Yin Yang came in that it was hard to make local people understand these things so 12 animals which symbolizes these things were used instead.

Easy to memorize if they are animals!

So there is no meaning if you goes back to the very origin.

Still as we Japanese have horoscope and blood type fortune telling, in this meaning dog has also meaning.
And in the meaning of Yin Yang as well.

First of all, Kanji of “Inu” used for the year is not the one we usually use for dogs but special Kanji.
We use “戌” for the year.
And this “戌” means ruined, destroyed, perish, etc.
This means the state of trees, flowers and grasses withered.

Not an auspicious word to start New Year at all, isn’t it!!

But privately, I do not think ruined or perish is not a bad word.
Because it is a natural current for all the creatures.
The reason we find beauty in life is there is “Being” and someday “Nothingness”.
Thanks to Nothingness, there another Being born.

Life is not the thing to take as a dot.

Previous year was “Bird” and it symbolized the state of the fruits ripened.
After ripened it finishes its role and new life born.
This Dog is something in this process.

Now let’s see casual light part of “Dog Year”.
As I said before this is something just like a horoscope and blood type fortune telling that no one knows if it’s true or not.

From the faithfulness to human, it also means sympathy and humanity

As it has a easy labor, Dogs are considered to be a guardian of safe childbirth

Tend to take all the things within oneself, so suffers mental fatigue 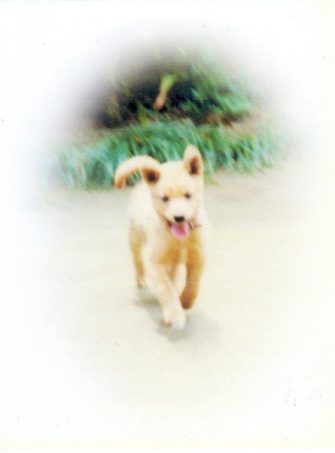 It reminds me of a dog I kept when I was a child.
Above picture is my dog and it was mixed breed of Shiba dog.
Good old memory.

I also remember when I was a child I wrote so many Nengajo by hand to my friends.
I was looking forward to receiving Nengajo on New Year.

Now what I write is just only for some friends.
But still I write and draw picture by hand.
Haha, that’s only me who do such a analog things in this era of digital.

Actually the quantity of Nengajo has been decreasing every year.
I know it might not be an efficient way, in this digital society.
People are busy, no time and we have very convenient tools such as Line, Facebook, Instagram, etc. instead of Nengajo.

But I also like the inefficiency of Nengajo.
Writing by hand, I can remember friends and I can put my heart in the cards.

No need to be Nengajo but it might be good to post letter just to say “Hello” to your family or friends instead of SMS once in a while.

Thank you very much for reading!!
I keep writing useful or interesting things this year, too! 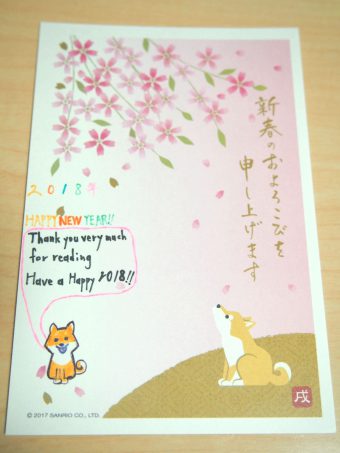 « Valentine’s Day in Japan! What are Honmei and Giri Choco?
Fukubukuro Lucky Bag 2018 in Japan »