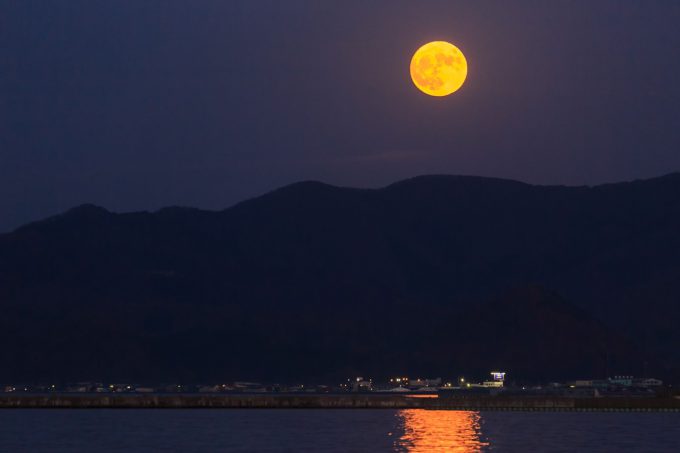 New Year’s eve is called Omisoka in Japan.
After Christmas to Omisoka, people get busy for preparing New Year.

What Japanese people do for Omisoka?
And what is Omisoka?

I write the meaning of Omisoka and things to do for Omisoka in Japan.

In the old days, people in Japan counted the date based on the waxing and waning of the moon.
On average, new moon becomes full moon and returns to new moon in 29.5 days.
So 1 month was 30 days.
The moon at the end of the moon looked like hiding behind the sun that people called it Tsuki Gomori.

Tuki means moon and Gomori or verb of it Komoru means hiding.
This Gomori or Komori can also be read misoka in Hiragana of Japanese.

30 is also called misoka as 30-year-old of human age.
So every month 30th was called misoka in Japan.
And December was the last 30th of the year that Japanese added o (Ou), that means big, to the initial.

Thus the last date of the year came to be called Omisoka in Japan.

Things to do for the end of the year Omisoka

I think people in English-speaking countries do this Deep House Cleaning in Spring.
Japanese do the cleaning or Spring Cleaning before Omisoka.

But why they do it at this period?

It derives from Susuharai that is still held as a court function on 13 December.
Susu means soot and harai means brushing something off in Japanese.
In the old days, old houses held a hearth and a furnace that inside houses became sooty before the end of December.
So not only as a court function but also people needed to clean their houses before the end of the year.

Because 13th was the day of monoimi starts.
Monoimi is to refrain from eating and drinking, etc. for a certain period of the time and stay inside.
That means to avoid Kegare.
Kegare is a word of Shinto religion and it means impure.
People needed to avoid impure things for this certain period.
It looks like a fast, isn’t it.

And we call New Year’s day Oshougatsu.
This Oshougatsu was originally for welcoming Toshigami Sama or a Shinto God.
People also needed to clean the house for Toshigami Sama.

That I can say deep house cleaning was not just for clean the room in the meaning of physical or material but mentally driving away impure of the year and prepare for New Year to welcome a Shinto God.

By the way, 29th and 31th is counted as the date not to do cleaning in Japan.
29 can also be read ni ku in Japanese and ni means double, ku means hardship or suffering in another way.
It is not a good date as that means double suffering.

31th is also not that good because too keep busy at the very end of the year is rude to Toshigami Sama or Shinto God of next year.
That means let’s take it easy by finishing all the things to do at least at the end of the year.

Nengajyo is a New Year’s Card to say hello and show thanks to one’s friends, relatives or family, business partner, superior, etc.
People write something like thanks for the last year, let’s keep in touch this year, too, etc. in the card.

But people don’t use such a casual phrases usually in the card instead use polite phrases and words.
Little children in elementary school also write the cards, by the instruction of parents, to their friends.

It’s the customs since Nara period between 710 and 794 in Japan.
Originally the card was something to sent only to the people that one couldn’t meet after New Year for some reasons in the old days.
So there was no need to send the cards to the people one meet on New Year or around New Year.

But nowadays whether they meet or not, people send the cards all around him or her that has connections.
It must have been hard to write the cards by hand one by one before PC appears but most people use PC and Printer or E-card nowadays.
It is easy as you can make hundreds of New Year’s Cards without much efforts such as hand writing.

But I still write by hand as I don’t write that many and I just like hand writing.
Good point of it is I can have enough time to think of him or her while writing the card.

Another good thing of this New Year’s Card is it has winning number on it.

Actually I myself got expensive crabs once when I was little.
It was a third prize but I was so happy as I didn’t imagine it.
So it is also one of the pleasures of after receiving New Year’s Card.

Kouhaku Utagassen is the annual contest between male and female popular singers on New Year’s Eve in Japan.

Every year this Kouhaku Utagassen is aired on TV.
Many popular singers, bands, groups from young to old in Japan come together and sing a song.
There are people that are invited every year.
Person who were successful in the year is often invited.

It is on air from about 7 pm to before midnight for about 4 hours.
It’s such a big contest and many people from young to old watch it that to be invited Kouhaku Utagassen is a dream of singer or band.
Every year it becomes topic who invited this year when December comes around.

It is a good scene all family members come together and watch the TV together.

The reason Soba Noodle is considered to be a good luck food is because of its easiness of cutting.
You can easily cut the Soba and that implies cutting all the suffering, bad luck and bad connections of the year.
To cut the bad connection of the year you have to eat it just before the end of the year, just past year is meaningless.

That’s why people eat Soba on 31th just before midnight.

I admit I don’t eat Soba every year because I’m not hungry at midnight and eating food midnight is not good for your health, right?
But I like Soba Noodles and I might have it this year for a change if I was hungry.

Just before midnight of the end of the year I could hear the sound of bell rung often.
This bell is called Jyoya no Kane in Japanese.

Why this bell rung and why the number is 108?

This is derived from Buddhism.
It is said that human has 108 earthly desires such as anger, vanity, Bias, etc. in Buddhism.
These are things that should be removed that these bell are rung 108 times.
Every bell removes desires within us.

Only the last bell of 108th is rung just after midnight.
But some others end 108 bells within the year just midnight while others ring the bell a bit more than 108 times.

And there are temples which give you a try to ring the bell.
As for me, I stay home and just hear people ringing the bell as it’s cold outside.
It’s not included in the 108 earthly desires, isn’t it?

There are many count down events held at clubs in Tokyo.
Shibuya and Roppongi is famous for this count down event.
Going out clubbing might be good if you have nothing to do but want to have fun with people outside.

What kind of New Year’s Eve do you spend?
I think it is very different depends on the country.

As for me, I usually just stay home and listen to the bells of Jyoya no Kane.
I just like see the year off without doing anything, looking back on the year.
I used to go outside with friends when I was student and it was also great time.

Every year many things happen and time really fries as it says.
That not only New Year’s Eve and New Year but each and every day we want to value, don’t we.