HOME > Anime > Meaning of Kimetsu no Yaiba in Japanese! English Translation is correct?

Meaning of Kimetsu no Yaiba in Japanese! English Translation is correct? 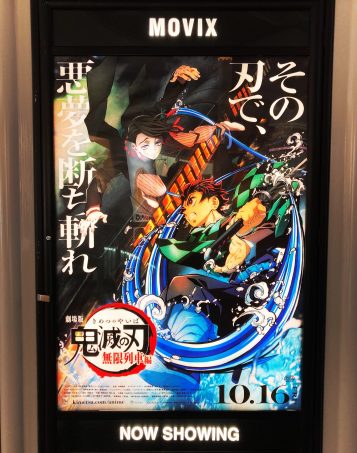 If you keep up with Japanese modern anime, I’m sure you know about Kimetsu no Yaiba.

It is a super big boom, rather, becoming a social phenomenon in Japan right now.

Every time I go shopping, I see many of its collaboration goods at each store.
Every time I go outside in Tokyo, I often hear the theme song of Demon Slayer from somewhere.

Here, I’ll introduce you the Japanese meaning of Demon Slayer.

Meaning of Kimetsu no Yaiba (鬼滅の刃) 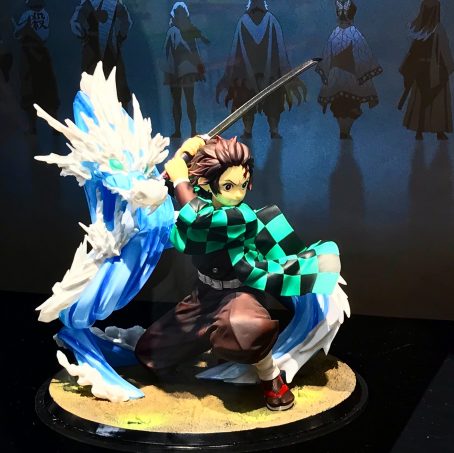 But actually, 鬼 is not like any of those in Europe or US which you might imagine.
Because oni is only in Japan.

Our image of oni has red or blue color with one or two horns and fangs.
Usually, they hold an iron club in their hand, too.

I think most Japanese know about oni from a Japanese old tale Momorarou.
It is a story for children, so not that scary one.

But oni of Demon Slayer is very scary and I sometimes feel like this is not for a child.

This “滅殺 (めっさつ)” reminds me of Gouki (豪鬼).
If you know the video game Street Fighter, you know him.
He says “滅殺” when he makes a special move or power.

We rarely say Messuru(滅する) in a conversation.
This Metsu (滅) is often used in the written words.

Messuru (滅する) has an old touch but cool expression, I feel.
And the nuance is not just a simple destroy but more like eracidation or annhilation.

So, certainly fits to use in the title of Demon Slayer.

I think you know Katana (刀).

Yes, Katana is the one Samurai use.

I think we use Ha (刃) more often than Yaiba in our daily lives.

Yaiba is often used in the written words and has a cool touch.

If you say Ha, it’s just a blade like a blade of a knife, nothing more than that.
But if you say Yaiba, it has a kind of nuance such as very sharp and strong, shines in the sun, etc.

I think Kimetsu no Katana is more natural or standard as Katana is the one who can destroy Oni.
But here they focused on only the part of Katana, that is, blade.

Maybe they wanna make an image of very sharp and eracicattion. 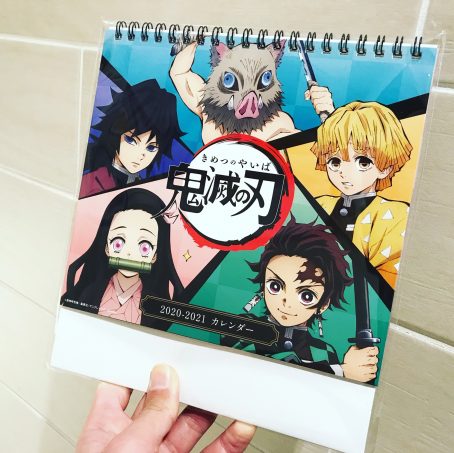 After checking the meaning of Kimetsu no Yaiba, don’t you feel like the English title Demon Slayer is a bit direct translation?

If I translate Demon Slayer directly into Japanese, it would become “鬼殺し (おにごろし)”.

“殺し (Koroshi or Goroshi)” is killing.
“殺す(Korosu)” is more casual phrase but it is verb, so here I used noun 殺し.

If you just say Demon Slayer, it is just that, those who kill demons, nothing more than that.
The tile is focused on human.

But Japanese title is not saying about those killing demons.
It says about Katana.
Rather, it goes deeper as it says about a part of Katana, blade.

I think they stressed on the blade because it is very special.
Only special sharp blade can destroy demons completely.

So they used the expression “Yaiba”.

If you say Demon Slayer, it becomes different meaning and can not convey delicate emotional part.

But I know there must have been many hard works by professional translators.
Very simple, short, easy to understand is also very important parts.

This is just my opinion as an amateur although I also take a job of translation and complete it in a professional manner.

I sometimes feel some translations of Japanese don’t convey the unique and very delicate nuance Japanese has.

I know that’s very hard to translate into English but as one of the keen learners of English over the decades, I have to think or say about something sometimes.

PS. That all being said and completely opposite, but if “Yaiba” of Japanese also implies the main characters as a personification at the same time, yes, Demon Slayer might be one of the good translations

Summary of the Meaning of Keimetsu no Yaiba

It is a good fit to the story.

Oni is a unique imaginary being in Japan.
My image was a bit cute and comical.
Maybe that’s because I have memories from the Japanese old tale Momotarou.

But Oni in Demon Slayer is scary ((( ;ﾟДﾟ)))ﾌﾞﾙﾌﾞﾙ

I sometimes feel like is it OK for a child to watch?
Because it is not only scary but a bit bloody or grotesque.

I feel like it is for people age 12 and over, rather, for adults for some stories.

Anime and manga were just simple and easy to understand when I was a child (I’m Dragon Ball generation).
But now they are much deeper and sometimes philosophical that even adults can not understand fully.

To tell you the truce, I like those anime that makes us think deeper rather than simple ones.
And certainly, children fall in love with Demon Stayer in spite of the scary and bloody story.

I watched anime but not comics, so I wanna read the comic, too!

Another Article of Demon Slayer

Great quotes of Demon Slayer (Kimetsu no Yaiba) in Japanese!!

« Great quotes of Demon Slayer (Kimetsu no Yaiba) in Japanese!!
Theme Song of FF7 Remake Hollow! Who sing the song? »