Theme Song of FF7 Remake Hollow! Who sing the song? 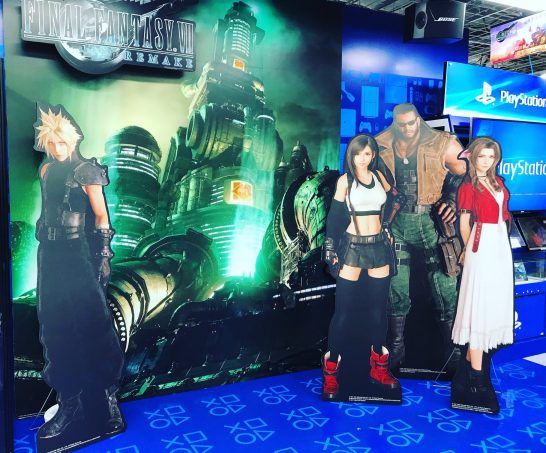 Final Fantasy 7 Remake was released this April, wasn’t it.

I remember days in high school when I played the original FF7 although the image was more simple at the time.

And you can listen to the song and interview (Japanese) from the following YouTube video of Square Enix.

Who sing a theme song of Final Fantasy 7 Remake?

The theme song of Final Fantasy Remake is sung by Yosh.

He is Japanese and if you watched Japanese anime Banana Fish, I think you already know him.

I was wondering if he grew up in countries like US or UK or one of his parents was Japanese.
But neither theory was correct.

He grew up in Tokyo in Japan.

But the big difference was he had gone to an international school.
After graduated from school, he went to FULL SAIL University in US.

That’s why he could speak or sing a song of English very naturally.

Hollow is the theme song of Final Fantasy 7 Remake.

Here I quote lyrics of Hollow from an official YouTube page of Square Enix.
This is the making process.

I quote both English and Japanese.
After the quote, I explain some Japanese I pick up for each part.

Had I realized,
Had I thought it through,
Would you be here
in my embrace?
気づくのが
早ければ
抱きしめられたかい？

迷(まよ)った comes from a verb “迷う” which means “get lost”.
You can use this word when you get lost both on the street in real and on the path in your life.

打(う)ちひしがれる means “beaten” or “broken”.
You can use this phrase when you mentally suffered from something a lot.

You can find that “You are healed by touching your special even if you are broken or beaten”.

浮(う)かれてた means “being carried away” or “get excited”.

そう is “so”.
Both Japanese and English are the same meaning and same pronunciation for this so.

And かもしれない, which means “maybe” is used.

Talking to yourself like “Am I carried away, well, maybe so”.

This section says “Could I hug you closely if I noticed it earlier”.

This lyric represents a wish of Cloud towords Aerith.

一度でいい means “only (just) one time” and that represents a strong wish.

Why Yosh was chosen as a singer of FF7 Remake

The composer or director of Hollow, which is a theme song of FF7 Remake, is Nobuo Uematsu.

Actually, all the songs of FF series are made by him and he is highly regarded as a music composer and director in the world.

He said he had an image of “wilderness and rain” from the first.

If you have ever played Final Fantasy, you might have an image of beautiful music and song sung by a female.

The songs touch our hearts but he felt to make us move using beautiful music is not proper this time when considering the image and mind of Cloud.

What he needed for the music was hollow, fragility and instability.
He needed a singer who can convey those things.

And the singer has to sing a song in English naturally.

Nobuo Uematsu also had an opinion of the song needs to have an analog touch, not only a modern melody and touch.
Like an acoustic guitar, the singer also had to be the one who can convey the analog part at the same time.

Many talented and renowned candidates they had and narrowed down to one person.

He was chosen based on the unanimous recommendation of staff involved in music including Nobuo Uematsu.

When I was a child, we were separated by 2 games when it comes to RPG.

Dragon Quest or Final Fantasy.
In those days, they were from the original Family Computer.

I was into Dragon Quest and those who enjoyed and talked about Final Fantasy made me have an impression of modern kids at the time, haha.

Actually, now I don’t have PlayStaion anymore, so I haven’t played FF7 Remake yet.

Playing video game becomes addictive and I also lost interest, so I disposed of it long time ago.
But now I want it just for playing this FF7 Remake.

The images of it is like watching a movie, so beautiful!

And I like the theme song sang by Yosh.

Other Articles of Japanese Music
Popular Japanese Anime Singers Best 10 in 2018!!
Recommended Japanese Musicians and Bands that sing a song in English

« Meaning of Kimetsu no Yaiba in Japanese! English Translation is correct?
What is Japanese Religion Shintoism? What’s the percentage in Japan? »