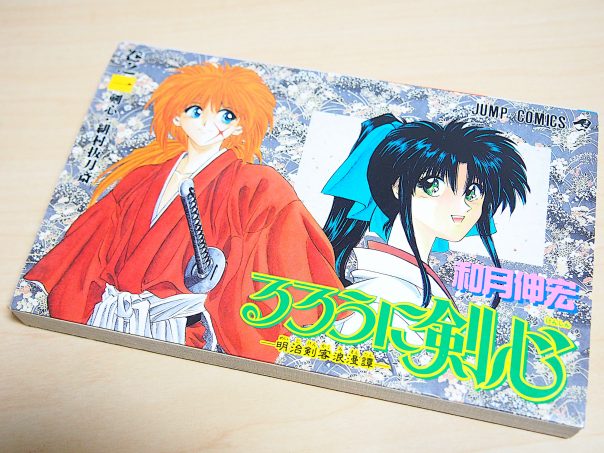 Rurouni Kenshin, or Samurai X is one of my favorite anime and manga and I was a bit into it when I was in junior high school.

Even now Rurouni Kenshin is popular.

Here in this article, I explain the meaning of Rurouni Kenshin in Japanese.

What’s the meaning of Rurouni and Kenshin (るろうに剣心)

Even I, a Japanese, did not know the meaning of Rurouni exactly at the time.

Actually, it was a coined word, so it’s no wonder I did not know the word.

But I knew a word “浪人 (ろうにん)(Rounin)”, and the coined word Rurouni came from this Rounin.

Rounin is a Samurai who don’t have a lord or master.
It was used in the Edo period.

There are many reasons Samurai became Rounin.
Some people committed a crime while others were just fired from the master or clan because of the bad performance to become Rounin, etc.

They were, if I say, today’s homeless or unemployed people.

Rounin doesn’t have a certain place to stay, so they roam (wander) from place to place.

To express the characteristic of Rounin, this 流(Ru) was added and the coined word Rurouni was made.

As you know, Kenshin is the name of the main character.

But it also has the meaning.

His heart (mind) of not-to-kill put into the sword.

Do not kill any people, even if they are criminals, was his strong will.

Katana is not for kill people but for protect and rescue people, that was his thought.

And that was the way of his living as a Rurouni.

He decided to become Rounin on his own will.

That’s his heart put into his sword “逆刃刀 (さかばとう)(Sakabatou)”.
The sword can not kill people as the blade is on the opposite side.

He sticks to his way of no killing no matter what and that’s the theme of this anime and manga Rurouni Kenshin. 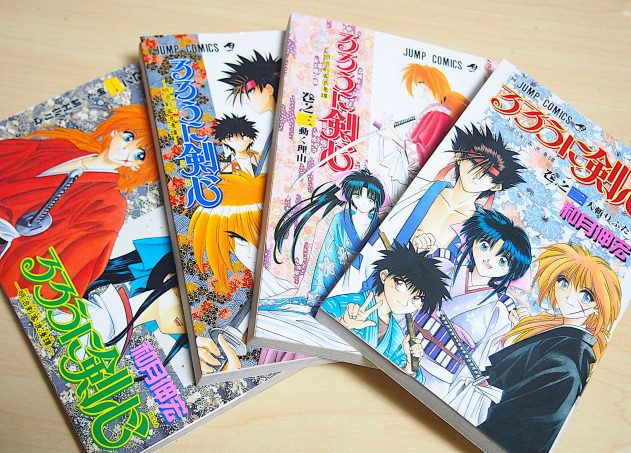 Rurouni Kenshin tells us many important things through his way of living.

Live-action movie of Rurouni Kenshin has been still made even now 2020.

I’m looking forward to watching it!

« Review of Nausicaa of the Valley of the Wind!
Review of Violet Evergarden Ending! Who did she meet with in the last scene? »