HOME > Culture > Valentine’s Day in Japan! What are Honmei and Giri Choco?

Valentine’s Day in Japan! What are Honmei and Giri Choco? 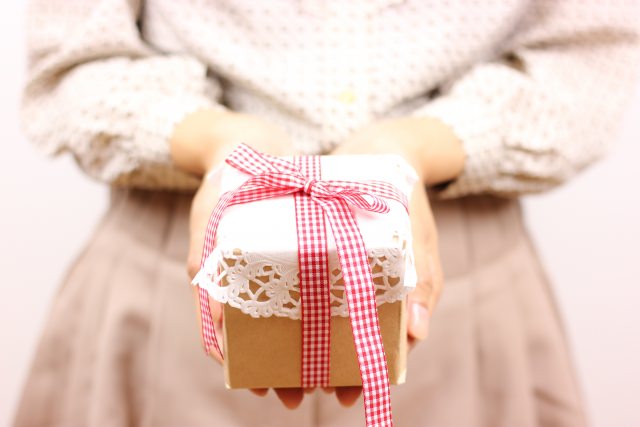 Do you have any memories on Valentine’s Day?
February 14 is valentine’s day here in Japan.

Valentine’s Day in Japan is a little unique because it is not the day for men but for girls and ladies.
They are the ones who present chocolates.

My memories of Valentine’s Day?

But still I have little memories although it was not sweet one like ordinary chocolate but became a bit bitter taste.

Here I introduce all about Valentine’s Day in Japan from the origin, history and types of chocolates in Japan with my memories!

Origin of Valentine’s Day in Japan 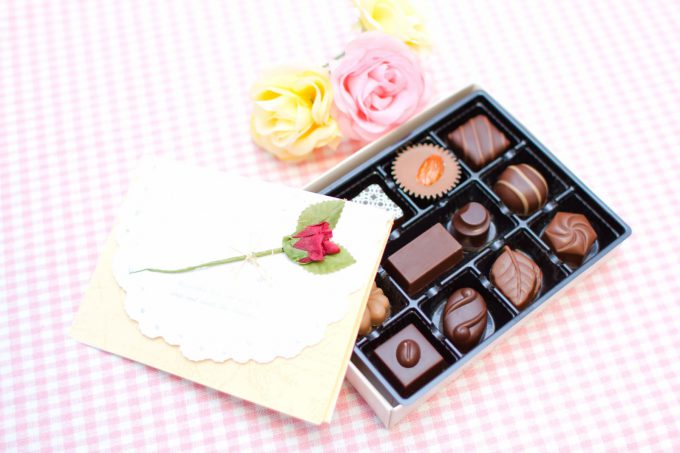 It is said that confectionery company Morozoff, which is Japanese popular company for sweets, first started selling chocolates on Valentine’s Day in 1936.

And they put an advertisement in English Newspaper called “Japan Advertiser” in 1936 with a catchphrase “Chocolates for Valentine”.
At the time, this intention was for both men and women so not like only for women to present chocolates for men like today.

Looks like the founder of Morozoff knew that there was a custom to give presents on 14 February in Western countries through a friend in US that he started selling the chocolates in the hope of 14th February to become the date for conveying love by chocolates in Japan, too.

I see there was a story behind the origin of Valentine’s Day in Japan, wasn’t it.
But Valentine’s Chocolates did not become popular like now at the time after all.

They started campaign of Valentine Sale at Isetan Shinjuku Department Store in 1958.
This was the origin of the idea of women present chocolates for men.

But why this idea of only women present chocolates given rise to?

Because they knew most of the shoppers were women.
Top of it, Japan had been influenced on the effect of women feminism in US in those days that there was an air of women should take initiative of love.

From those reasons, they suggested the idea of women give chocolates for men.

And Morinaga, which is fourth-large confectioner in Japan now, follows this and put an advertisement of chocolates in 1960.

Lastly Sony Plaza, which is import shop, also held fair for Valentine in 1968.

In the late 1970s, the idea of women give chocolate for men built among people finally.

It took about 40 years, this unique custom of Valentine spread among Japanese people.

KFC and special cake of Christmas, Halloween, etc. in Japan there were always companies behind them.
But I don’t say that’s a bad thing rather I think that’s good as long as people become happy and enjoy the moment. 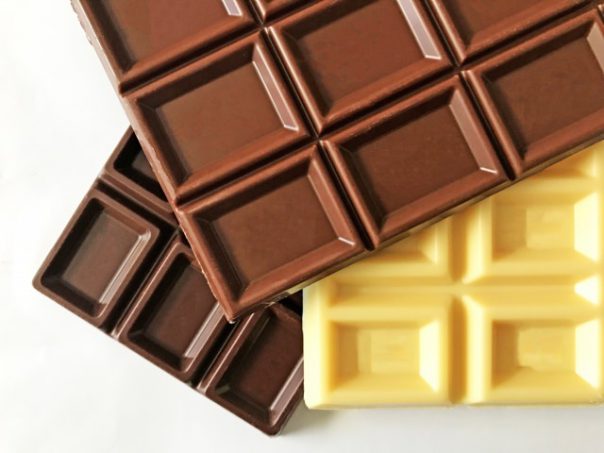 Did you know there are several types of Chocolates now?

It used to be only Honmei Choco and Giri Choco but now their roles diversified.
Some girls exchange chocolates each other or there are people who buy chocolates for themselves.

“Honmei” means favorite or sure thing.
So this Honmei choco is the chocolate you give for someone you love.
This was the main role of Valentine’s chocolate in Japan.

Girls must be nervous as this is real one so they put their hearts in it.
I think many people make original chocolates by hand for this Honmei Choco as this is only one chocolate for someone special.

Oh, when I translated Giri as duty, I felt like very cold touch.
Yes, certainly Giri includes a kind of duty but let me correct as a kind of moral obligation.

Anyway I think many men in Japan get this Giri Choco as it is not the one like Honmei Choco.
Girls can give it with ease as it is just a Hello Choco (I just made up word).

School, workplace, rather any other places men get this Giri Choko.

This is the new chocolate which I couldn’t see decade or a bit more ago.
“Tomo” means friend so this is the chocolates among girls and ladies.
This Tomo Choco is especially popular among junior and high school students.
They exchange chocolates each others.

My choco (Chocolate for yourself)

Yes, no need to I translate.
That’s chocolate for yourself.
This is also new one like Tomo Choco.

Instead of “I love you”, how about treat yourself by “I love me”?

Haha, now we can use chocolates for anything as an excuse.

What’s begging Choko, haha.
but I like the thought!

I myself did not know this but I really laughed.
Because this “O” of Choco O means man.
So I first imagined Chocolate man, that is, man who makes chocolate for himself on Valentine’s Day.

But I was wrong because this Choco O means guys who give chocolate for girls on Valentine’s Day.

Either way I was surprised, men give chocolates on Valentine’s Day?

I see, but it must be only a few guys who do such things.
But following data blew my mind.

“Now a fourth of men present chocolates and a third for high school students”.

I pretend I did not see anything.

Do we need Giri Choco? 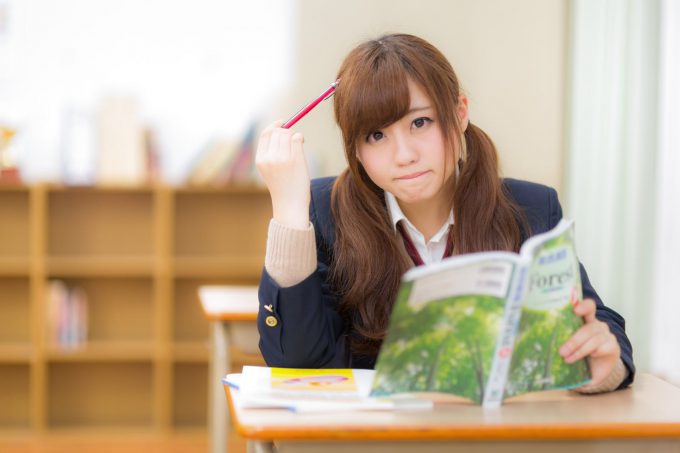 I know the history and there are many types of chocolates but do we really need this “Giri Choco”?

Because it is just for a courtesy or from duty and the guys who get this Giri Choco also have to return something as it is a manner.

Each of men and women have to take extra care for this courtesy thing.

And actually some companies don’t allow this women giving chocolate on Valentine’s Day as it just makes extra pressure and care for both sides.

For school such as elementary school, junior high school, I think the action to take sweets to school itself is prohibited.
But I think teachers turn a blind eye only to this chocolates of Valentine.

If you ask me, fifty-fifty.

I think many of the women and men are agree to the idea of not giving Giri Choco.
And I also agree to it.
I do not want chocolate which makes girls and ladies pressure and extra care.

But there are a few, still are some women who want to give Giri Choco not as a duty but just as a thanks or hello.

My Memories of Valentine’s Day 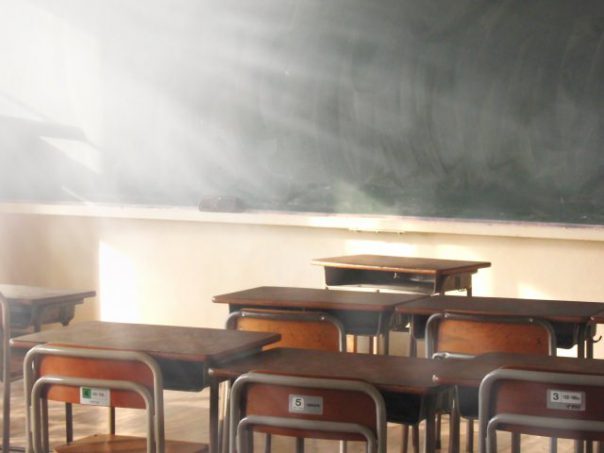 As I told in the first, I do not have special memories on Valentine’s Day.
Some teachers told me I’m a kind of popular with girls but looked like it was not true, haha.

But if I tell you, yes, I have little memories in an elementary school and a junior high school.

I do not remember well but somehow I often exchanged sweets with a girl when I was an elementary school student.
Like several years we exchanged and actually we did not have any emotion like love rather we did it just for a fun.

Still I was glad as she told me she liked the cookies I gave in return for her chocolates.

But it was bad of me as I asked her to come my house for the cookies one day but she was later so I just hung the sweets outside entrance door with a note “Take it” and went to the school to play foot ball with my friends.

It was not a thing gentleman to do for a girl, yes, I was just a naughty kid who gave priority to fun things at the time.

Another memory was when I was a junior high school.
One day a girl asked me like “Do you have time tomorrow?”

And I was wonder “Why, suddenly?”

I sometimes talked with the girl in school and I think I enjoyed talk but not like the relationship to hang out privately.

Anyway, somehow, I decided to meet with a girl if other close friend “A” also join.
So I told her “Yes, that’s OK if A also join us. I’ll ask him.”
And I asked A but he told me he couldn’t join so I told her “As A doesn’t join I don’t meet this time.”

Actually I did not feel anything or did not give any thought to it.
But when I became an adult somehow I remembered the date she suggested me was Valentine’s Day.

I really felt sorry for her.
It must have taken a great courage for her to ask that.
I felt really guilty later.

This is the bitter memory of Valentine for me. 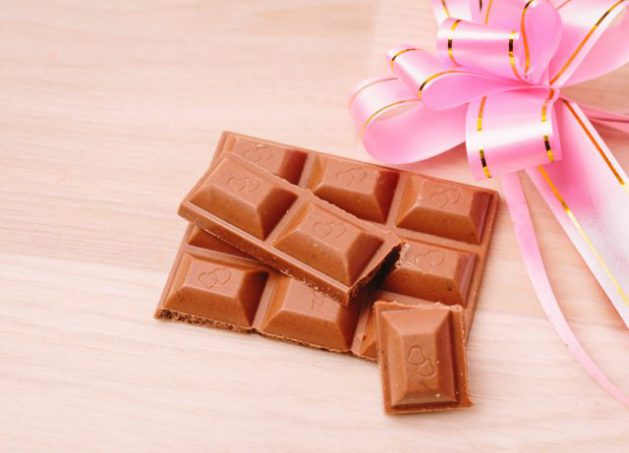 I did not imagine I have such a long talk for this Valentine’s Day.
I especially surprised at the existence of My Choko and Choko O.

My recommendations are Koara no March, Kinoko no Yama and Black Thunder.
They are not like quality chocolates but I like them and all of them are popular in Japan.

Now I feel like buying chocolates, so tomorrow I’m going to.
They are sometimes addictive!!