Beautiful 10 Japanese Anime commercials in YouTube!! They touch our hearts! 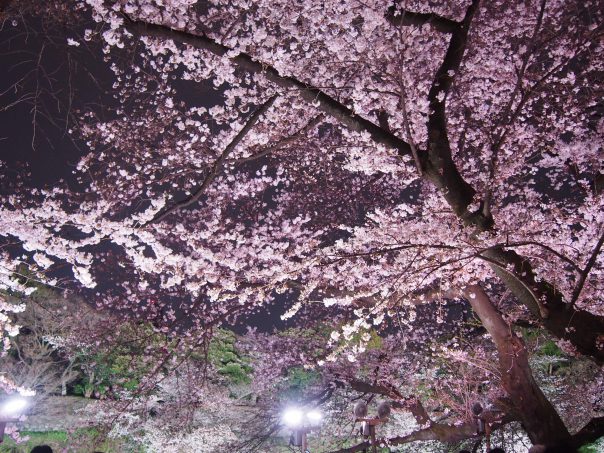 There are some beautiful commercials of original and famous anime which collaborated with companies in Japan.

It is more like anime itself than a commercial.

Even if it is a short story of less than 3 minutes, it touches my heart.

Marukome is a famous company for Miso soup since old days.

I myself had its miso soup a lot when I was a child.

This story is all about relationship of father and his daughter.

I really understand it as this situation happened even to me when I was in junior high and high school although I was a boy in those days.

Somehow, a relationship with parents becomes awkward as we grow older and I think that happens to other Japanese students although it depends on the person.

In this anime, her father also lost contact with daughter although he cares about her.
He cares if she do well in school but can not ask her directly, yeah, typical of Japanese father in the old days.

One day, his wife tells him their daughter sometimes comes down to the kitchen to have a food at late night during her study.

Father prepares food for her at mid night one day and when she found him making Onigiri, he tells her “I’m also hungry now”.
He serves Onigiri and Miso soup of Marukome and they enjoy late dinner together.

That was good that father asked her of which onigiri she wanted (there were two types of Onigiri: okaka and ume flavor), and then, suggested doing rock-paper-scissors to decide.

They got a small clue to talk again.

A boy and a girl take the online classes to enter university.

Oh, I think no need for translation as the video has subtitles.

This sophisticated beautiful animation is, yes, the one by Makoto Shinkai.

He became very famous with his work “Your Name”.

This commercial is by Taisei Corporation.

Taisei Corporation is a construction company.

The main character got a message from her friend in Japan to come to a gathering at Izakaya but she declined although she missed the day she spent with them.

Because now she works in Singapore.

She is working to make a subway which runs from north to south in Singapore.

This is also an animation by Makoto Shinkai.

Yes, I noticed that the animation of her touching mobile screen is really that of Makoto Shinkai.

One Piece collaborated with Cup Noodle!!

That’s interesting many characters appear even for a short time.

Nami is the main character of this commercial, isn’t she.

She tries hard everything but one day says “Help me” and here voice of Luffy, “Needless to say”.

Last Kanji appeared on the right is “Aoharu kayo”, that is, “Is this AO–HARU–RIDE?”.

I like the music of Bump of Chicken, too.
I listened to their music when I was a student.

They also held a live concert collaborated with Miku Hatsune before.

Bump of Chicken and collaboration with Miku Hatsune

LOTTE x BUMP OF CHICKEN “Baby I Love You”

I also like chocolate snack of “Koala no March” which also appears on this animation.

Looks like the boy fell in love at first sight.

It was good she took the chocolate he gave and shared.

This animation is by Kyoto Animation Studio.

This anime company is especially loved by anime fans.
I myself like this Kyoto Animation Studio very much.

They treasure their employees very much, so great talented creators come together to this company.

Anyway, I like the light touch of this animation.

Cat pilot is cute!
Ojizosama (stone statures) on the path is good!

“Ikitaku naru Omise” means “A shop one wants to go”.

Yes, I want to the shop in this animation.

I myself sometimes bought the clothes at Marui when I was a student.

In spring, she got sisters, but lost her father in another spring, so she doesn’t like spring.

That is, “Good bye is a connection in circle and everything comes back for you to support”.

This is really true.

Leaving the world is a circle, I myself think so.
I don’t mean any spiritual or religious meaning here, but I always feel life is a circle, life is river.

At the same time, I really identify with her.
Although understood it rationally, have to say an eternal good bye to someone special is really tough thing always.

Now her sisters and friends are walking their own paths and she also decided the path in Tokyo.

As she says there are “New Meetings” in life.

“Although I didn’t like spring, I notice I’m a bit happier now”, she says in the end.

I also like the song “Hello Good Day” of LISA very much.
She is also very popular anime singer, especially famous for a song of “Sword Art Online”.

I also introduced her song in Sword Art Online here.

I did not know that Mercedes-Benz made an animation.

This is almost anime itself from the quality, I have to say.

Yeah, needless to say, they made a translation, so my translation is unnecessary, isn’t it.

Anyway, what a death game just for a Ramen shop.

It was good they could caught up in the end.

The owner asked them if they know legendary Tofu stand.

Do you know that?

This is a TV commercial of Tokyo Disneyland in 2012.

My university was next stop of Tokyo Disneyland, so I could see it almost everyday.

Reminds me of those days.

There was a comment that says “I walk backward when I’m in Disneyland from now on”.
Haha, miracle might happen in the magical world.

What I like Japanese animation is not only the beautiful animation but the story behind.

Everything is not told sometimes but we can feel it even from a falling petal.

Everyone has a story and is a main character.

It tells us we are the main character in life.

« Went to DESIGN FESTA Tokyo 50 (2019 Autumn)! It was an exiting event!!
Went to LAWSON of Dragon Quest in Akihabara! Checked the goods and shot video!! »