Suika is Watermelon in Japanese.
Many people in Japan imagine this Suika as one of the summer features.
And I often see Suika sold at supermarket in summer.
This time I checked the origin of Suika, Suikawari and its rule!

The Origin of Suika (Watermelon) 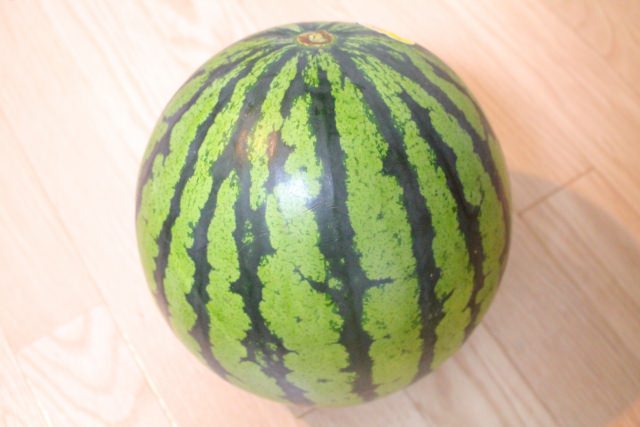 It is said that the origin of Suika is Africa.
Looks like wild seeds of it is found in Africa in 18 century.
Although the exact origin of it in Africa is unidentified, Africa is the common agreement of researchers of Suika.

On the other hand, mural painting of Suika is found more than 4000 years ago in Egypt.
People in those days look like ate only its seeds.
Original one looked like too bitter to eat.

With the time, people came to grow it as a fruit in mediterranean and it spread to Europe.
In 17th century, it was brought to US by emigrants and spread again after breed improvement there.

For Asian area, it was spread to India before B.C. and next in 17 century to China.
For Japan, the date it had been introduced is uncertain.
But the date it spread to the locals is in late Edo period of around 1800.

The Origin of Suikawari (Watermelon Splitting) 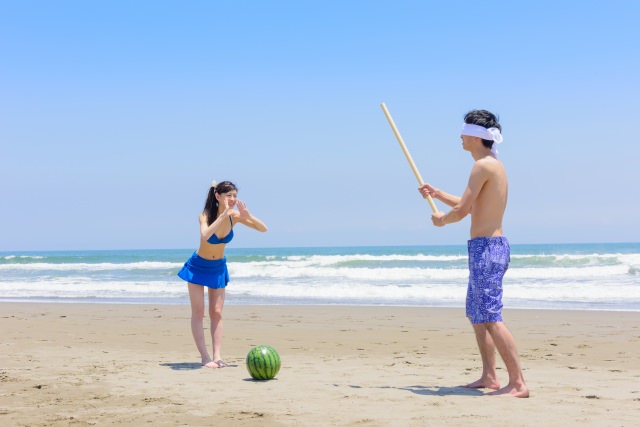 There were many origins for Suika from terrifying one to historical one.
Which is truth? please refer to them just as a reference.

Battle of Musashi Miyamoto and Kojiro Sasaki is very famous story in Japan.
They are both legendary Samurai in the old days and some people say they truly existed but the others say that’s just a legend.

If he could drive away spirit of Kojiro Sasaki by just smashing Suika, it might not have been such a evil one.

There is a shrine called Jinushi Shrine in Kyoto and it holds votive stone that can tell love fortune.
From the stone you need to walk to the other stone with your eyes closed.

If you could get to the votive stone safely, your love reaches him or her.
If you get advice from others during the walk , you can reach the one by others’ help.
It is said that the rule of Suikawari applies this rule.

It looks like he started Suikawari to cheer people up during construction of the castle in summer heat.

For a practice or performance for skill of sword by Samurai

In the old days Samurai existed, they looked like slashed vegetables with their eyes closed for a practice or for a performance.
And they used sword technique called Iainuki which can instantly kill the target.

I think you know this skill if you know anime Samurai X as Kenshin use Battou, or Iainuki.

Suikawari needs concentration like Iainuki.
I don’t know they really used vegetables for a practice but certainly there is a performance of slashing bamboo with a Japanese sword even now.

There is a doll called Pinata which is used in a festival in Mexico.
The doll is usually made of papers and children break it using stick or something like that.
When it broke, candies come out of it and children get it.

Break something by stick, certainly it is like Suikawari.
I also like this idea of candies coming out of the doll! 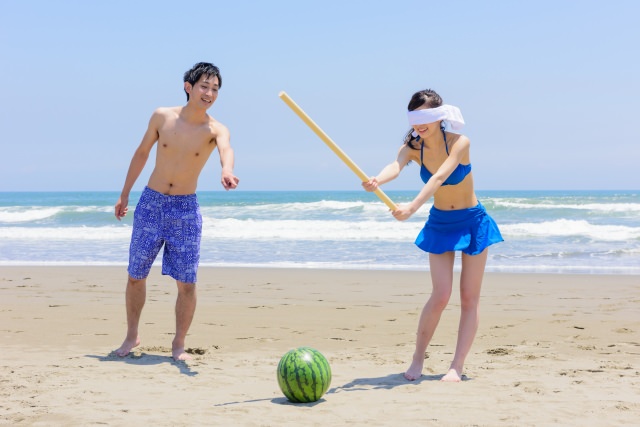 I was going to introduce its rule from my knowledge as I know it and it is very easy but to my surprise there was an official rule of Suikawari!

I thought that’s just a game, looks like I undervalued Suikawari.

The rule is defined by The Japan Suikawari Association (JSWA).
I didn’t even know that there is an association of watermelon smashing.
I roughly summarized its rule here.

Place
The best place is on the beach or lawn area

How to
1. The one who are going to smash Suika covers one’s eyes with a cloth or a towel and he or she has to have the distance of 5 meters and 7 meters between Suika

2. Just before walking, the one has to turn around five and two thirds times on the spot

3. The one has to smash Suika within one and thirty seconds but supporters can advice the direction 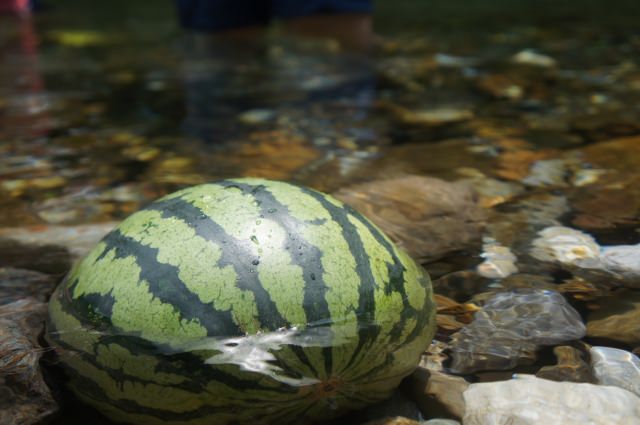 I rarely do Suikawari but did it long time ago a couple of times.

Just walk straight and smash it, sounds like easy, isn’t it.
But actually this Suikawari is very difficult.
Because just before you walk, you have to turn around several times on the spot and that helps you lose your sense of direction completely.

First I thought just turning around a couple of times doesn’t make any effect to me, but it was completely wrong of me.
I could not even stand upright on the spot.

When I started to walk it was like a kind of drunken man, haha.
Even if you could reach and hit it by the advice of others, Suika is hard to crack that perfect smashing is very difficult.

I think we after all cut it by cooking knife or something.
I enjoyed it by the river although most popular spot is beach. 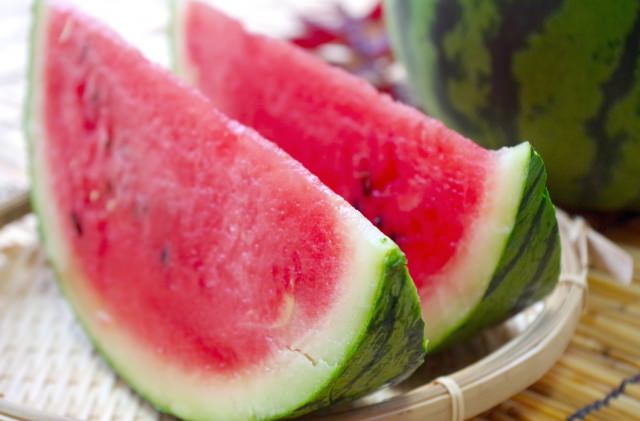 Suikawari is the game in summer!
It is very interesting game to do with your friends or family!

I remember I ate Suika at elementary school lunch.
I sometimes ate even its seeds without caring so much but I remember I was a bit scared to hear some people say the seeds might shoot up from the head!
Of course, it was not but it was a scary thought for a child!

What do you do in summer in your place?
If you come visit Japan in summer, this Suikawari is recommended!
Just ask your friends, family or check the event!

« What is Obon? History and Wish contained in Bon Odori
Wonder Festival 2017 Summer The Second Part »