HOME > Culture > What is Japanese Religion Shintoism? What’s the percentage in Japan?

What is Japanese Religion Shintoism? What’s the percentage in Japan? 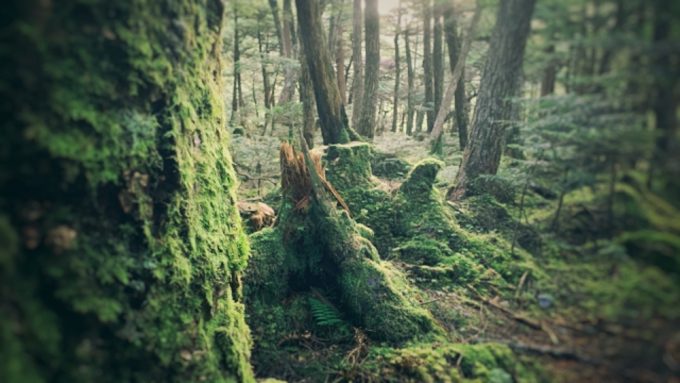 You might already know most Japanese don’t have a certain religion.

Of course, there are people who believe in God but not many like in Europe or US.

And that made a certain effect on Japanese character today, I think.

We accept anything and do not deny (although it depends on the person, I have to say).

I myself do not have any particular religion and most of my friends, too.
But if asked, I would say I like the spirit of Shinto.

That’s the theme I talk about today!

Actually, nobody knows when Shinto was created and who made it.

But it is said that the very original model of Shintoism was made between Jyomon Period and Kofun Period.
So it is between BC 3000 and 600.

Since those old days, people respected nature such as mountains, rivers, sea, etc.
The belief they had at the time was the very model of Shintoism we know today.

The word “Shinto” was started to use in 700 and 800.
Shinto was first used in Japanese first history book “Nihon Shoki” and “Kojiki”.

This Shinto meant rituals and deity or simple shrines of Shinto.
But at the same time, story of Kami called Izanagi and Izanami created.

In the story, they are the ones who created Japan.
I can say that this is the time Shinto got a religious meaning by humans like other religions.

Who is the founder?

Rather, there is no founder in Shintoism.

As people lived in Jyomon Period (BC 3000 and 600) naturally respected nature, there was no reason they had a particular god.

The very concept of Shintoism is animism.

Every object had a spirit or a soul and they were Kami (a kind of deity) in a way to them.

We call it “Yaoyorozu no Kami”
It is written “八百万の神” in Japanese.

“八百万 (Yaoyorozu)” means 8 million and that implies so many.
“神 (Kami)” is “a kind of diety” but not like a certain God here.

Instead of dominating nature, people in those days respected nature and coexisted in nature. 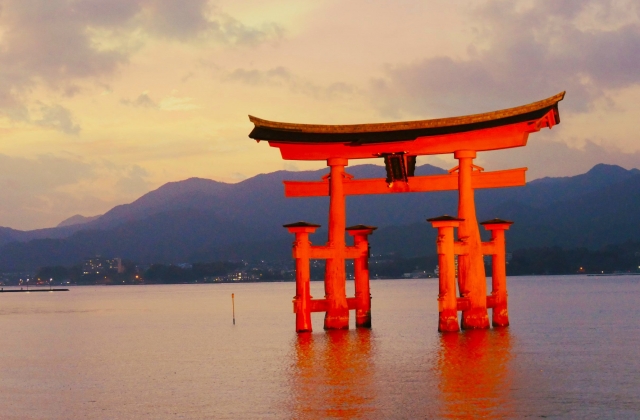 Most easy to find symbol of Shinto is the shrine gate.

Usually, it is red and made of wood.
It stands in front of shrine.

Shrine gates separate our world and the world Kami exist.
Once you pass under a shrine gate, it is already a holly place Kami exist. 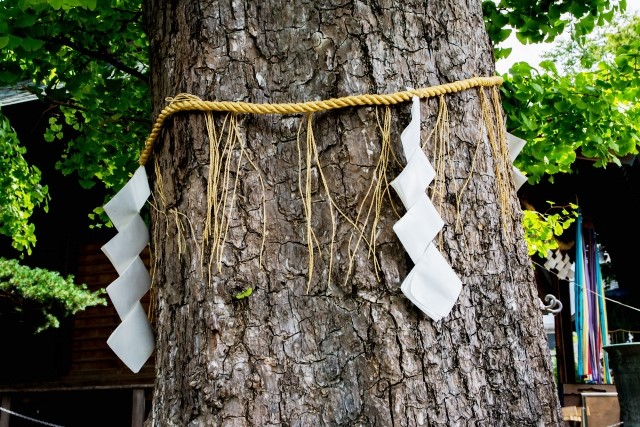 Have you ever seen a sacred rope around a big tree or rock?

That’s the symbol of Shinto.
And the sacred rope is called “Shime Nawa”.

White diamond-shaped papers are also attached to the rope.
These papers are called “Shide”.

Kami visits or lives in this sacred rope.

That’s the symbol of a sacred tree or rock. 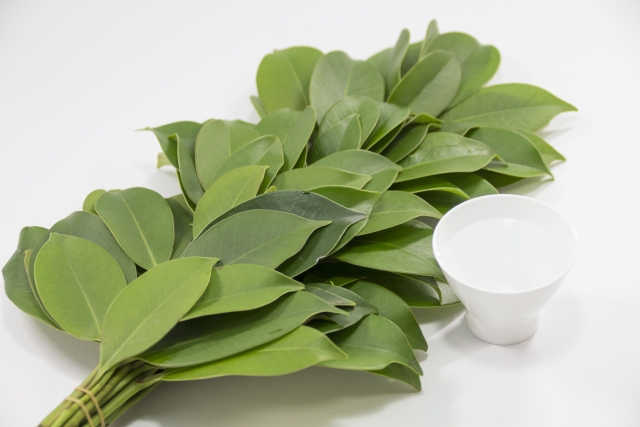 Sakaki is a symbol of a sacred tree and its leaves are used in Shinto rituals.

I think I watched it when I attended my friend’s wedding in Shinto style.
Actually, Shinto style is rare in Japan as Christian style is popular now.

There are people who have family shrine inside home.
Some companies also have and the company I once worked for had it at the office.

Percentage of Shintoism in Japan

How many people belong to Shintoism?

This is the official data shown by the Agency for Cultural Affairs in Japan.

I was so surprised! Σ(ﾟДﾟ)
And had to doubt it, actually.

Following is the number of believers in Japan including Shintoism in 2018 by the data.

Just combining the believers of Shintoism and Buddhism go far beyond the total Japanese population.

Many people believe both?

How many people actually believe in Shintoism or other religions in Japan?

First, this is my opinion and impression in my daily life.

I’m Japanese and an ordinary Japanese who went to ordinary schools in Japan.

So, I think I can say I’m one of the standard Japanese.

The data shown above says about 2/3 of the Japanese people believe either Shintoism or Buddhism (or maybe both).

But that’s not true.

Technically speaking, it is not true in a way we usually think how many people believe in religion.

Rather, opposite I have to say.

Without accurate investigation or calculation, I can say it very easily.

Most people do not think they are believers of Shintoism, Buddhism or any other religion.

Certainly, there are some believers of Shintoism, Buddhism or Christianity but if you ask ordinary people who you can see in town, I can say most people say I’m not a believer of any religion.

That’s why we celebrate Christmas in December, pay a visit to Shrine on 1st January, and hold a Buddist style ceremony when we die.

Our culture accepts any like Yaoyorozu no Kami and do not deny a certain thing.
I think we just like to enjoy and respect each aspect of things.

It may have good points and bad points for especially a strong believer of a certain god.

But this spirit of Japanese created unique subculture, anime and manga today.
Even the spirit of Omotenashi, Wabi Sabi and Zen was made on the way from this, I think.

I think many people, especially Japanese people avoid to talk about religion as people know the subject creates dispute if he or she is a strong believer of a certain religion.

But I sometimes talked about religion especially when I traveled abroad.

I always said I had no religion but I like the thoughts of Shinto which respect each thing in the world.

Tree, mountain, river, star and even you and I are diety.

« Theme Song of FF7 Remake Hollow! Who sing the song?
Review of Nausicaa of the Valley of the Wind! »