HOME > Anime > Tokyo Ghoul (and :re) best quotes and moments with Japanese!!

Tokyo Ghoul (and :re) best quotes and moments with Japanese!!

Tokyo Ghoul is one of my favorite anime.

First look, it seems like just a bloody-battling anime we see often, but it was not.
I felt it is more like all about philosophy.

It is not just about cannibalism.

Here I summarize the quotes of each characters with Japanese.

※ This article includes some spoilers, so please note that 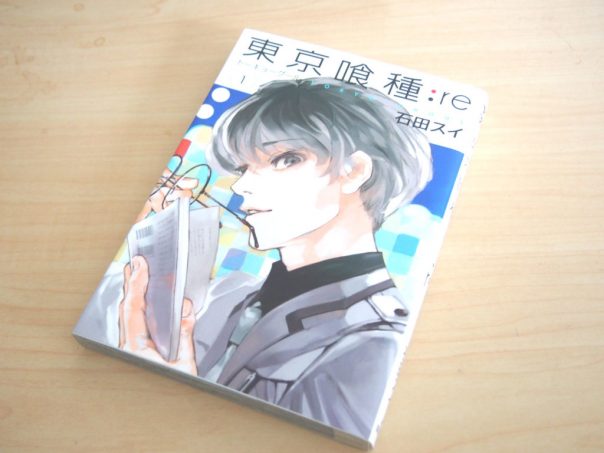 All the misfortunes in this world caused by their inability
この世の全ての不利益は当人の能力不足

This is the word Rize told Kaneki.

Kaneki’s mother died because of overwork but it was to earn money for Kaneki.
She also did not reject her sister who visit her to borrow money.

Kaneki himself regrets not helping others.

This is very strict but it is certainly true.

If Kaneki had enough power to defeat or Kaneki’s mother had enough money, they could help.

We often blame others or other things instead, but if we think it over, most of the cases, it reaches to the issue of ourselves.

All of the disadvantages in this world stems from a person’s lack of ability.

But I have to add, not all the cases falls on this at the same time.

Kaneki’s mother tried to protect both her sister and her son Kaneki.
As a result, she lost her life.

I understand there are times we want both.
But if we try so, that might ends up in most terrible result.

There are times we have to make up our minds.

Choosing something means sometimes let some others go.

She couldn’t save both and ended up losing her own life.
That’s not “kindness”, That’s just “weak”
両方を救うどころか自分の命を失った
それは「優しさ」じゃないわ、ただ「弱い」だけ

Kaneki’s mother tried to protect both Kanneki and her sister but Rize suggests that she just could not have the strong will to decline the claim of her sister.

First look it seems like her kindness but the fact is its her weakness, Rize told Kaneki.

I hate not being able to do anything
何も出来ないのはもう嫌なんだ

Kaneki encounters cases in which he can not do anything because of the lack of his ability.

He tells “I hate not being able to do anything”.

It’s not the world that’s messed up; it’s those of us in it. We’re all to blame.
間違っているのはこの世界じゃない、歪めているのは・・・この世界に存在するものすべてだ。

Amon told Kaneki that Ghouls are the ones messing up things.

Because they are the ones who assault human beings.

But Kaneki told back saying not only Ghouls but also humans messing up the world.

This might be the word only Kaneki, who experienced life as a human and now Ghoul, can tell.

Amon fought back even after he realized his defeat.
Kaneki did not want to kill him, so he begged him not fighting back.

Kanki did not want to kill humans even after he became a Ghoul.

If you want to curse something, curse your own weakness
呪うなら自分の弱さを呪いなよ

Urie told Haise (Kaneki) that Fuchi could have survived if Haise had been there.
But Haise told back saying “If you want to curse something, curse your own weakness”.

That is, before blaming others, you should think back yourself, who had been around him and could help him.

He says that’s (couldn’t help Fuchi) all because of your weakness.

Why should I save a trash like you
なんで僕がお前みたいなゴミ救わないといけないんだ？

This is the word Haise (Kaneki) told Eto.

Like the case of Urie, Haise’s character already changed into realized ver. of Kaneki.

Life is evil itself
命とは悪そのものだ

This is the word Yoshimura once told.

From the moment we born in this world, we can not live without claiming lives of something.
It might not fall only on life but also others.

If we call it evil, we can say “life is evil itself”.

It’s not because we can’t take vengeance that we should feel sorry. The real reason to feel sorry…is when one is hung up on vengeance and can’t live their own lives.
可愛そうなのは ・・・敵が討てないことじゃない 本当に哀れなのは・・・ 復讐にとらわれて 自分の人生を生きられないことだ

The hatred Toka had deep within her was all about vengeance of her parents.

Her parents were killed by humans.

Yoshimura tells her he feels sorry for her.

Not from she can not take vengeance but from her caught by it and can not live her own life.

That’s the most pathetic thing, he tells.

When you’re in front of the enemy, even if your hands are trembling… fight
敵を前にすれば、手足をもがれても戦え

This is the lesson Mado told Amon when he fights Ghouls.

Do not give up until the very last moment.

Contrary to this, Haise told his subordinates to run away no matter what.

He says most important thing is life.
We can challenge as long as we have life, he says.

I feel like both of the claims are correct.

It reflects their characters.

Feelings are what make you stronger
想いこそが君を強くするのだよ

Matsumae told Mirumo during training that she can not protect his sword with her shield.

Mirumo tells her technique is certainly important but most important thing is something beyond sword and shield.

Mirumo says feeling is the one that makes people stronger.

When Hirako visited a coffee shop at where Yomo works, he told the phrase to Yomo.

Yomo told him he could not forgive humans who killed his sister even after Ghouls and humans decided to cooperate.

Hirako tells him he also lost Arima but we believe what Arima chose and you believe what Kaneki chose, like that.

I agree with this idea.

Humans sometimes force what they think justice to others.
But that’s his or her justice.

As Hirako said, understanding each other doesn’t always mean sharing everything.

Roma Hoito was a member of Piero (Pierrot).

Even live and die became usual things in her life, so she made Piero (Pierrot).

Roma felt ugliness and miserable for Humans who play endless games of make-believe for one’s own profit and desire.
But she also felt like how cheerful they are at the same time.

This is the bread and circuses given to her, so she created Piero.

For Roma, more than dead or alive and justice or injustice, stimulation is the top priority.

Boredom is the common enemy of humans and Ghouls and disease like “What is life” starts if not properly treated, so she keeps pursuing the stimulation.

More than the things like Humans are justice or Ghouls are justice, enjoying the stimulation is all to Roma.

Knowing that even the stimulation is all meaningless, she keeps dancing on the stage.

What’s wrong with wanting to live. If we can only eat people, then we have to do so, don’t we?…Even I want to live like you!
生きたいと思って何が悪い。人しか喰えないならそうするしかねえだろ…私だってあんたらみたいに生きたいよ！

Toka shouted the phrase when she confronted Mado.

There was no other choice to live for Ghouls but to eat humans.

This was what Toka really feels.

There’s no way someone who can’t even protect himself can protect others!
自分のことすら守れないヤツに他人を守れるわけねえだろ！

Toka shouted the words against Kaneki, who can’t protect even himself.

Before saving anyone else, save yourself first
誰かを救う前に、お前が救われてくれ

Kaneki always prioritized others before himself.
And Hide knew that.

So Hide sent this word to him.

Hide was the one who always prioritized, cared Kanki and moving around for him behind his back to the end.

I, who only stole from others, was finally able to leave something…
奪うばかりの自分がやっとなにかのこせた気がする…

Arima was the strongest on human side and no Ghouls could defeat him.

Here he says “I, who only stole from others”.
This “others” means Ghouls.

And he also says “I have always hated it”.

He tells Haise that he feels like leave something thanks to meeting and fighting with him.

Arima was a cool mysterious character who didn’t talk much.
But he tells real feelings to Kaneki right before dying.

If I told you “I just wanted to live a normal live”, you’d laugh, wouldn’t you.
「普通に生きたかった」なんて言ったら嗤いますよねえ

After all, Furuta was the one who controlled both humans and Ghouls behind their back.

What he want was “Destruction”.
To destroy everything before the start.

Because of the goal, lives of countless of people and Ghouls lost.

What he really wanted to attain after having the destruction?

It is not like he wanted to create a world in which humans and Ghouls had to cooperate before the big enemy and that leads to the co-existence in the end.

He asks Kaneki if he also think everything in this world is just a waste.

Kaneki replies he doesn’t think so even after his having made so many mistakes and hurt others.
Everything was necessary to him and says “The world just exists there, only that”.

Then Fruta tells Kaneki “If I told you I just wanted to live a normal live, you’d laugh, wouldn’t you” with a smile.

This was his first real smile without sarcasm or joke.

What he saw in his recollection before dying was a child with Rize and life with Rize that never realized.

Summary of Tokyo Ghoul (and :re) best quotes and moments

I really sympathized with some phrases in Tokyo Ghoul.

There is no justice and injustice or black and white in our world.

We sometimes easily blame others or other things and judge black and white from a part on the surface.

Because that’s the easy solution and makes ourselves comfortable.
We are keep looking for excuses.

But the truce is, most of the cases, answer is not outside but inside within us.

And the world just exists, only that.

This world is really beautiful and really cruel at the same time.

Other Related Post of Tokyo Ghoul
Visited Tokyo Ghoul:re CAFE in Ikebukuro! Mazui Sandwich was worth trying for braver!!

« Went to LAWSON of Dragon Quest in Akihabara! Checked the goods and shot video!!
Review of Movie of Dragon Quest: Your Story which became a controversial movie!! »