HOME > Culture > What does Yokai mean?

What does Yokai mean? 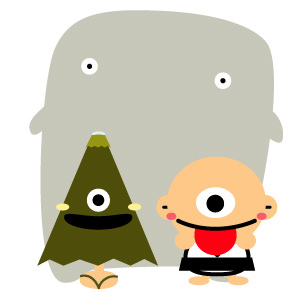 Have you ever heard of Yokai or Youkai?
I think it became popular in recent years.

I explain all of it with the meaning and history. 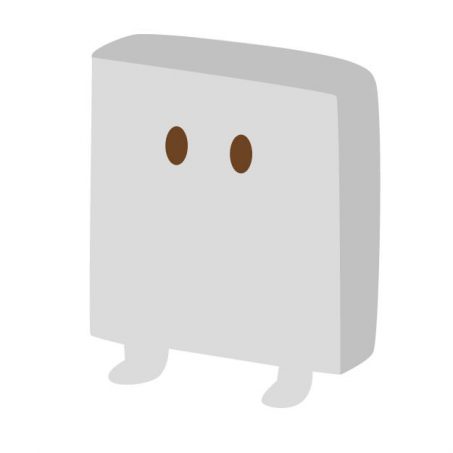 Very simply speaking, Yokai is a supernatural being.
It is the things beyond the boundary of human knowledge.
You may think “Then it is a ghost”.
But it is a little bit different from ghost.

I think ghost is simply a scary thing that people usually can not see but yokai is not only that.
There is a word for Ghost and a word for Yokai in Japanese.
They are separated.

Then what is Yokai?
How they were born?

Concept of Mononoke and Ayakashi becomes Origin of Youkai 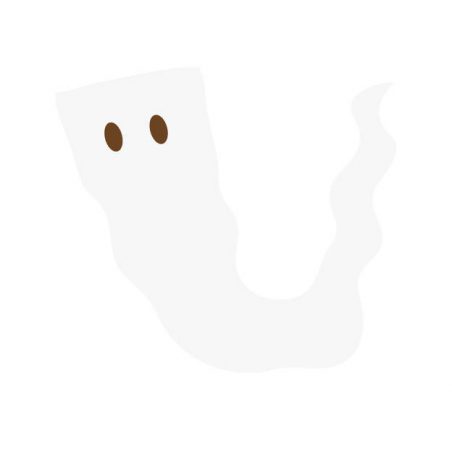 Youkai is Chinese character.
It is made of “You” and “Kai”.
You is also read as “Ayakashi” and Kai as “Ayashii” or “Ke”.
There are two ways to read Chinese character in Japanese which is called Kunyomni and Onyomi that they can be read in both ways.

I think you know the word Ayakashi and Ke if you are an anime fan.
Especially for Ke, as it is used in Princess Mononoke of Hayao Miyazaki.
The final letter Ke in Mononoke is this Ke.

I think the Yokai is only in Japan and China.
Because it is like ghost or monster but not like that.
Some of them can disappear but some of them are exist there always.
Some of them might attack people but the others are not or do us good.

How these supernatural beings born?

We human beings are afraid of dark, the unknown and things that we can not understand.
We human can not ignore or leave it as it is as it’s too scary or uneasy that we need reason to define it.
Then we gave it a shape and Yokai was made.
And we came to worship or defeat it to secure ourselves.

Yokai might be the things darkness of human’s heart or fear made.

Spirit of Japanese in Yokai 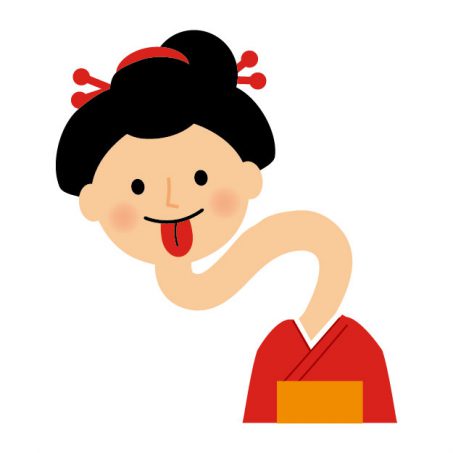 I think it is common all over the world to make story by giving it a reason to feel ourselves comfortable.
We can see it other countries, too.

Then why Yokai can be an unique thing?

It is same as Japan, disease, drought, famine, etc. and people could not help it especially for natural disaster.
The force or power of human beings are very small or weak compared to nature.

The people in the old days knew that so they had the thought of coexistence with nature instead of dominate it.
People respected for nature itself.

I think these traits can be seen Japanese antique and Japanese religion Shinto itself or Japanese characters.

When the word Yokai became popular 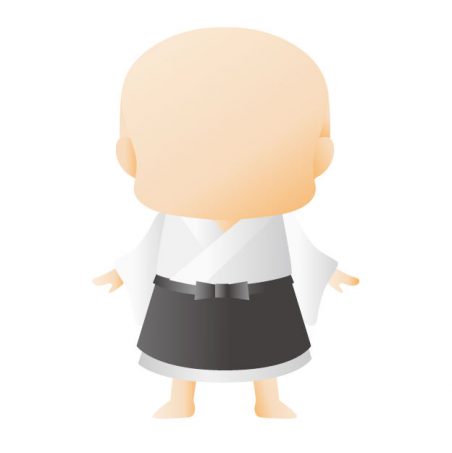 The first appearance of the word Yokai is in Nara period (from 710 to 794).
Before that Mononoke was used for it.
But it was still not popular and it was the word just as something unusual or something unknown.

I think it came to use in Edo period (from 1600 to 1867 or 1868).
Oiwa-san by Hokusai Katsushika and Gazu Hyakki Yagyo by Sekien Toriyama are especially famous worldwide.
They were came to drawn in a picture like that.

The word Yokai became famous in Japan in Meiji era (fro 1868 to 1912) by Enryou Inoue.
He was a philosopher and tried to eradicate the existence of Yokai.
He regarded Yokai as something which leads human to misunderstand real fact.
He was a rationalist and wished people to judge things in right way and thought by throwing away superstition.

And the last contributor is Shigeru Mizuki.
Some of you might know as he was the comic writer of anime Gegege no Kitaro.

As for me, first meeting with Yokai was Gegege no Kitaro as I had been watching it when I was little.

He made Yokai something familiar to people.
Before that Yokai was something completely different from us but his anime Gegege no Kitaro made the existence closer to us.

In modern days, the word Yokai came into the spotlight again by anime Yokai-watch that started as anime in 2014.
It became a big hit like pokemon and now it is becoming popular worldwide.

What makes Yokai separates from Ghost?

There is an opinion that says Ghost is one of the parts or sections in Yokai.
But I feel Yokai and Ghost is completely different things.

I think most distinctive difference between Yokai and Ghost is that Yokai is not just scary thing but has a story, emotion and unique figure or character.

Some ghosts also have stories or emotions but the image of ghost is mostly scary and the figure is usually like human although it might not have foot.

Here are some of my favorites Yokai and each of them has stories.
Last one is from modern anime Natsume’s Book of Friends. 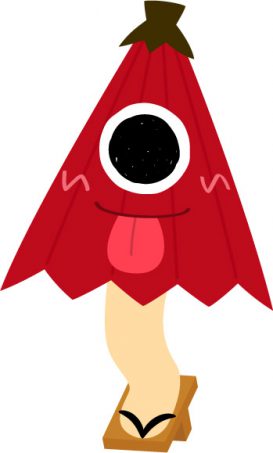 Youkai of umbrella which has thrown away comes to visit the owner again.
The visit tells us it can still be used.

We human sometimes throw away things easily but the existence of the Yokai tells us the importance to treasure things. 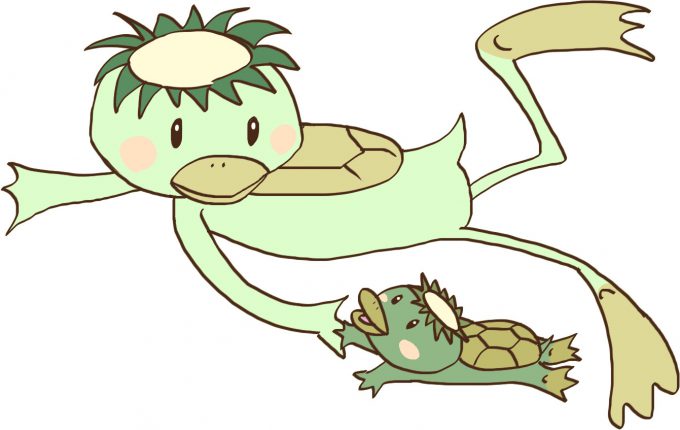 Kappa is said to have been living in a pond.

And I often saw sign board in a pond when I was little that says “Be careful!!” with a picture of scary Kappa.
It was scary to me in those days and I often thought it might be dangerous to come closer to this pond as Kappa might appear one day.

Come to think of it now, it might have been a wisdom of adult to keep away child from pond as it was deep pond for child and dangerous enough to be drown.

Zashikiwarashi is said to be bring happiness and money to the family it lives.

The look is little child in Kimono.
But looks like the family lose money or happiness if it leaves the house.

There are also many other Youkai that are scary and only do bad things to people.
But Yokai in Japanese is not only good or bad.
Each has each unique characters.

Somehow they are amiable at the same time and people accepted them.
I think ghosts don’t have all these points and that makes Yokai unique thing.

Yokai of Rice Bowl in Natsume’s Book of Friends 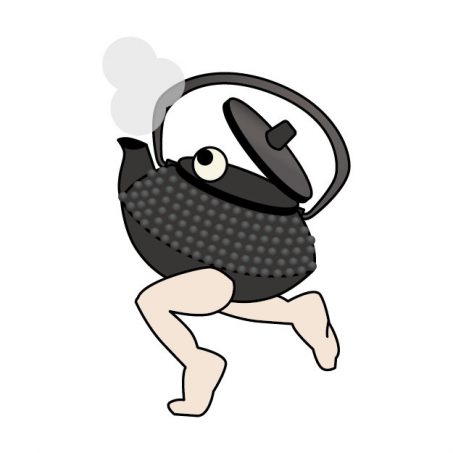 Do you know anime Natsume’s Book of Friends?
It is modern popular anime of Yokai and one of my favorite stories was Yokai of Rice Bowl.

The rice bowl which has been made by skillful craftsman can be become Yokai by taking in the power of the earth after thrown away when it god chip in it.
It still misses people that hides under the eaves and tells the family when something bad is going to happen to the family by running all over the house inside.
It seems it also takes the disaster instead of family sometimes.

The Yokai was running the ceiling one day and it was almost dropping from the ceiling but Natsume (main character of this anime) helped it by catching it.

It had a narrow escape.

And Natsume is attacked and being bit his shoulder by a bad Yokai one day.
But somehow it was not serious damage and it was cured in a instant.

And he found to himself after going back to school that there are pieces of rice bowl on the ground in front of the house.
Yokai of Rice Bowl took the serious damage or death, which Natsume was going take, by the sacrifice of itself.

It was its return for Natsume’s helping a couple of days before.

Roger is not Yokai

If you play video game or watch anime in Japanese you might heard the character says or replies you “Yokai”
But it is misheard of “Ryoukai”.

Ryoukai means “I got it” in Japanese.
So when you ask of someone to do something, the one replies you Royoukai if he or she understood or accepted it.
It is similar sound that I understand the mishearing.

As for me, I’ve never seen Yokai.
My memory was watching anime such as Gegege no Kitaro or playing video game of Yokai when I was little.

Rather I do not see scary Yokai.
Although the scary animation of Yokai in Gegege no Kitaro burned into my memory in those days.
But I’d love to meet good ones such as Rice Bowl, Umbrella and Zashikiwarashi.

What I like Yokai is they have characteristics and stories like human beings.
And sometimes they tell us important things such as to treasure things or to help others.

It might be one of the somethings that human made to remove fear (Although some of them are scary after all, haha)
But I like them and we want to have some space in our hearts to enjoy or welcome these things whether we believe them or not, don’t we. 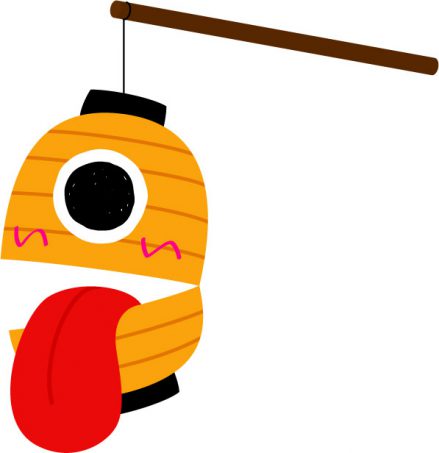