Psycho-Pass is one of my favorite anime.

It is all about a perfect society created by removing latent criminals and terrorists before they commit crime in real.

In our real world, gun shooting and terrorism are the big problems but there is no realistic way to prevent them.
Mass killing of innocent people keeps happening and there is a possibility of one of us or close friends or family members become the victim.

Even if our close people are fine, it is very sad thing to see innocent people in other places die on TV and that surely happens in the future, too under this situation.

In the world of Psycho-Pass, those latent criminals and terrorists are caught before they take real action by inspectors and enforcers.

It’s possible because of the special gun which can read and judge mental status of the people.

Shibyura system is the one which control everything to keep safe society.

But thanks to that, people forget, rather do not know, to choose in life although people live happily without fear.

Inspector Akari Tsunemori and enforcer Shinya Kougami catch latent criminals under the instruction of Shibyura system but they also feel doubt of the world under Shibyura system.

I fell the deep theme of Psycho-Pass is that.

Some quotes of the main characters answer it.

※ This article includes some spoilers, so please note that

It’s a heavy, tough anxiety. But now I feel like that it might actually be a happy thing to be able to worry about those things
重たくてつらい悩みだよ。でもね、今は思うんだ。それを悩む事ができるって、本当はとても幸せな事じゃないかって。

Inspector Akari Tsunemori came to have doubt of Shibyura system itself which keeps safety of the society.

She comes to have doubt if this world is really right while cracking down on criminals under the rules of Shibyura system.

But it was certainly true that the society is safe thanks to the existence of Shibyura system.

She carries out her missions surely although one of her best friends were killed in front of her by criminal and felt great suffering.

Above word is the word she spoke to the friend who were killed, remembering her in such a tough situation.

The word is really true, I felt.

When we live, sometimes the real pleasure we can enjoy might be just a small part of the whole.
Big part of life might be suffering, worrying and there might be a case you might feel that’s excruciating.

When you are involved in that, you never ever feel that’s happiness.

Actually Akane Tsunemori was right in the middle of the great suffering, no happiness there.
But what she said here was not that kind of superficial happiness or unhappiness.

No matter what happens, how hard the situation is, we can worry and think on our own.
We can worry, agonize and decide on our own will and live.

That’s the meaning of life and that is the proof of making us human, I think she said so in such a meaning.

Under the system, all decided and guaranteed, almost being crushed but she kept walking, believing in the possibility of humans and so I felt the word is really so Akane Tsukimori’s.

Above word is the word she replied when Kougami, who is enforcer belongs to the same ministry of Welfare Public safety bureau Criminal investigation department, asked her of the reason to cling to catch alive the criminal under the law who could not being judged by the law.

She said the law is something made by the accumulation of feelings of people who sought out righteous way of living.

For the wishes of people who have prayed for a better world, to protect that we can’t give up to the very end.

Akane Tsunemori claimed on catching the criminal alive without killing although she had her best friend killed by the criminal.

Although she must have had hatred against the criminal, she had rejected to kill him by hatred and anger.

I think what she said here does not mean protect the law just from the rule or moral but she meant people can think, have a good will and the will of those people creates the law.

As long as I’m a detective, I can’t touch him, the law can’t protect people, so to do that I only step outside it
俺は刑事で居る限り、あの男に手出しができない。法律で人は守れない。なら、法の外に出るしかない。

Kougami realizes that under the Shibyura system, that is, the system which can not judge by Dominator (Gun which can measure the mental status of people and shoot by the status), it’s impossible to catch Makishima.

Then he just throws away the status as a enforcer and get a real gun, that is, get out the rules of the Shibura system.

That was the decision he made.

That’s the thought so him.

But without a great deal of determination, you can not do that as that means throwing away everything you made until today and risk your life.

You can play any character, but it turned out that you yourself are nobody
何者としても振る舞うことができる君自身が、結局のところは、何者でもなかった。

Midou Masatake was the one who hacked the avatars of the others by killing real people.

He was also a fanatic of popular avatars, so he could play each roles perfectly after hacking.

In the end, he was abandoned by the cooperator Makishima who prepared everything for him.

When Midou was driven into a corner, Makishima tells him above word.

Certainly Midou could play any roles but the truth is that he himself was nobody.
He was nobody, that’s why he could play other’s role.

This might be something we also face in real sometimes.

Caring how we look from others and use many faces properly, tying up loose ends.
But there is no our real face.

He had no face and could not play his own role as Midou Masatake in the end.

Books are not something that you just read words in. They’re also a tool to adjust your senses.
紙の本を買いなよ、電子書籍は味気ない。本はね、ただ文字を読むんじゃない。自分の感覚を調整するためのツールでもある。

This is the word when the cooperator Gu-sung Choe told Makishima he was going to download electric book.

To me, it was surprising as I thought Makishi is the character who gives weight on efficiency and function more than anything else.

But thinking back, certainly there were some scenes he was reading the thick book.
And I was convinced after listening to his word.

There are cases when you can not understand the contents of the book under a good condition and vice versa, then thinking about the difference is important.

Touching the paper and the action of flipping the page itself stimulates the nerves of the brain.

I read both but I buy real book when I want to read it many times.

It’s the same action, just read letters but I feel like understanding the contents deeply when I read real books.
It might be the action of flipping the pages stimulates the brain as Makishima said.

When a man faces fear, his soul is tested. His true nature will become clear
人は恐怖と対面したとき、自らの魂を試される。その本性が明らかになる

Senguji, who is a cooperator of Makishima, traps Kougami.

During gun fighting, he realizes he himself is also the target of Makishima.
He noticed that Makishima made the trick in the plan which would be help for Kougami

Makishima’s target as a game was not only Kougami but also Senguji.

When Senguji asked Makishima of if he made the trick in the plan what he replied was “When a man faces fear, his soul is tested”.

Senguji tells that part of Makishima he doesn’t dislike it.

Makishima really tells the word which hits the nail of the essence of human, I felt.

Human can take demerit or pain as long as it is light and take superficial action for that.
However, when it takes risk of one’s life and right in front of the real danger which might take your life, can people take action in the same way?

When a man faces real fear, his soul is tested.

What Makishima interested in was shinning of souls of humans and there is no enemy and friend including he himself.

I think the only time people really have value is when they act according to their own will. However, when humans base their own lives around Sybil’s Oracle, without ever consulting their own wills, do they really hold any value?
僕はね、人は自らの意思に基づいて行動した時のみ価値を持つと思っている。己の意志を問うこともせず、ただシビュラの信託のままに生きる人間たちに、はたして価値はあるんだろ～か。

This is the word Makishima told Akane Tsunemori when she had a conversation with him in her private recollection.

I also agree to what Makishima said here.

Humans have value as they take actions according to their own will.

Akari Tsunemori herself also replies to him saying she can understand the feeling a bit now.

People without thinking and deciding on their own will, just living under the safe system.
Do it ever has value?

The action he made is crime without doubt but what he says sometimes really hit the nail, get straight to the point, I felt like so.

In the recollection, she was asked if those people have value.

She replies there is nothing like no value in people.

That’s the very word of Akane Tsunemori who lost her friend in front of her. 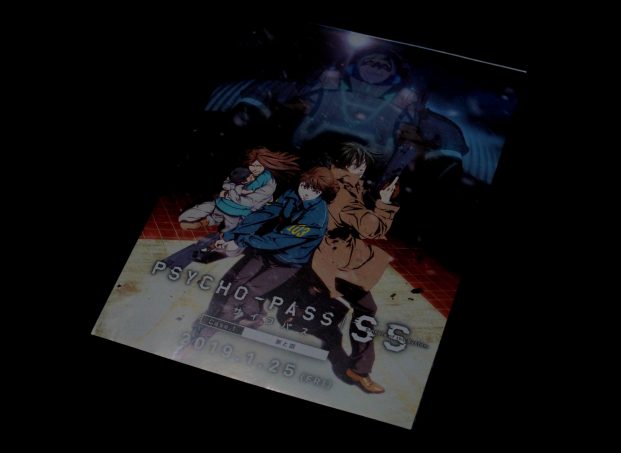 From the prevention of gun-shooting and terrorism to the meaning of life.

In the world, Avator, VR, AI and Drones appear and used, so that reflects our world in the future, too.

But no matter how our world advances, the core theme is same.

What is happiness?
What is life?

Psycho-Pass asks us those themes.

« Otome Road in Ikebukuro where Fujoshi and Otaku come together
Meaning of Japanese Zodiac Signs! Each 12 Animals represents your character! »