HOME > Culture > Meaning of My Treat

Meaning of My Treat 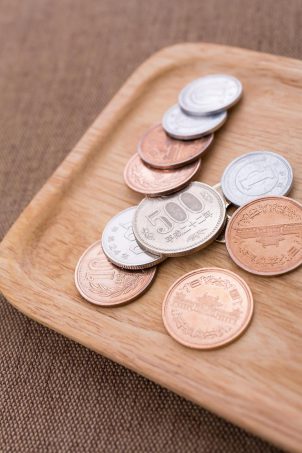 Which sides are you on?
Treat or being treated?

When it comes to a date, I think more than half of the men treat for women.

Then how about Japanese?

I think it is same, man mainly treats for woman.
But I want to focus on not superficial thing about money but introduce you it at different angle of Japanese or of mine.

Why you treat if you a man?

I think culture of man treats for woman is mainly common all over the world although, of course, it also all depends on the person.
Actually as long as I read or checked, more than half of women also expect being treated.
Some of women might think like that’s lame if men did not treat.

I was always wondering why it is a standard for man to treat woman.
I think one of the big reasons is a pride of man.

Men feel shame if they could not treat for women.
And if you are on the side of treat you can also feel a kind of a sense of superiority.

If the girl was poor and he treats, that might be because of his kindness leaving the matter of good or bad.
But whether she is rich or not, most men try hard to treat for women and I think that’s because of his pride or for another merit for him.

I don’t think it is either good or bad.
I can also understand the pride or embarrassment of one can not treat but how about the case of event or friend?
Even in some events or drinking party, this happens, that is, man need to pay more than woman.

From here this is my opinion and case.

I often held event in the past in which both men and women join but I never made difference for the price.
So whether the person is man or woman, the fee is same.
I just split the bill when I have a dinner whether she is a friend or a girl friend.
I knew many other people make the difference but I did not.
Because I felt like it is a kind of reverse discrimination.

I understand man help girl if she try hard for carrying heavy stuff as man has much more strength or power compared to woman physically.

But when it comes to just a money thing there is no difference.
If one think man earns much more money than woman so man should treat, I feel like it is a kind of discrimination.
Because woman can also make money equally or much more than man in some cases.

Secondly, I did not want to make wall between man and woman just because of its gender difference.

To me, all the people are equal except for some difference such as physical strength that I did not want make difference there.
I also felt like making difference of money means or includes regarding woman as another thing other than just a money thing.
I also did not like it.

I think if people or friends felt dissatisfaction, they would tell me or did not join anymore but on the contrary the number of people grew more every month.
I think friends understood my thought that they kept coming and now I want to say thank you very much for understanding my way.

But please also understand this is just my way and opinion and there is also an opinion for woman that says don’t date with man who doesn’t treat.
This kind of opinion sometimes says incomes of men and women have a difference and women need to spend much more money for cosmetics and beauty.
But I think this opinion is also based on just the gender differences which is not essential after all.

There is no good or bad for this treating, it is just the difference of the thought of the person.
If they are fine with it they get along but if not, they just separate and that’s it.

Treat and Treated Culture of Japan

As I said before, I was not the one who treats whether the person is man or woman.
And I also rejected to be treated.

But this treat and treated culture is strong beyond generation gap in Japan.
Since I was a child I often saw people are saying “It’s on me” and the other says “No, no, it’s on me” in front of a cash register or anywhere and it is repeated like forever in front of a cashier.

It is almost a stand-up comedy.

But yes, I also have no room to talk about it as I was the one sometimes even though I didn’t mean to be.
I never or rarely say “It’s on me” but could be the position for being treated as some of them claimed that in front of cashier.
And I was the one who always rejects to be treated so as you can imagine it becomes a stand-up comedy in front of a cashier.

This culture really symbolizes Japanese character.
I think if this kind of situation happened in overseas, yes, the one might reject the offer one or two times but it is not repeated like forever.

In Japan, it is repeated like forever as both of them do not accept the others’ claim.

So I often thought why you say it, now I have to make a comedy for a cashier, haha.
Yes, I also have to admit I’m one of the Japanese who never accept the offer.
But I also thought if all the Japanese were same thought as me like not treat instead of being not treated, this comedy never happens.

Treat and Treated is a Waste of Time?

Yes, I did not care this kind of “Treat and Treated Japanese culture” that much as there is no merit for both of them after all.
Rather demerit of wasting time or extra care for others.

Cashier also wants to use the time for next task instead of seeing this stand-up comedy show of strangers.

Just treating without thought for others sometimes ends just as a self-satisfaction.
So I always thought no need of treat or being treated until a certain time.

You might know this often happens in business situation when supervisor or manager takes his stuff to the Izakaya or Japanese style bar after work.
It is almost custom the boss treats for the stuff and the stuff, of course, do not accept the offer instantly and starts the show.
Both of them know the result from the first but it happens as you imagine.
No one responds to the offer instantly saying “Thanks!!” without hesitation.

And one time I and my colleague went to Sushi shop after work.
I thought we split the bill as there is no hierarchical relation among us but he claimed to treat as he is the one who asked.
First I declined but as I do not want to that comedy show I accepted the offer.

Instead next time I treated for him.
But next time he insisted to treat again.
I first declined but accepted it again.

I said to him “I feel bad as you treated me again” and he replied me “Yes, I also understand it but I think this treat is not just only a thing of money but it also becomes a good excuse to enjoy drink next time together”.

Scales fell from my eyes.

I never gave it a thought like that until then.

I just thought treating is Japanese culture of extra unnecessary care which I sometimes regard as waste of time until then.
But he taught me it is also for making relationship for next occasion.
Certainly if I was being treated I feel like it’s my turn next time and this becomes next opportunity to communicate at Izakaya.

Since then I rarely reject the offer repeatedly if he insists as I just treat for the person next time.

« How is Japanese Wasabi Made?
Tokyo Ghoul Cafe Opens with Horrifying Menu »