HOME > Culture > Why do the Japanese hunt whales?

Why do the Japanese hunt whales? 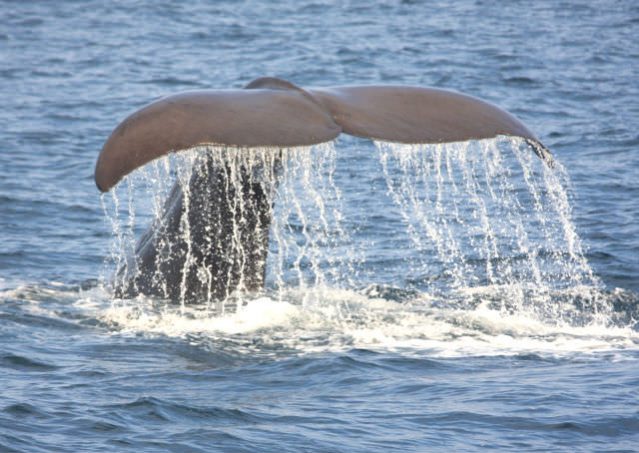 I could sometimes see this whale hunting of Japan creating issue and criticism.

As for me, whale hunting was not a familiar issue because as long as I remember I have not eaten whale in my life.
I think most of my friends in their 30’s are same as mine.
Rather I think most Japanese don’t eat whale now.

Then why does Japan hunt whale?

I take a look at the reason with the history of whaling in Japan.

Earthenware used bones of spinal chord has found in Kyushu district in Japan.
Looks like this earthenware had been used 4000 years ago.

Jar drawn line drawing of harpooning whales in the Yayoi period of 2000 years ago has also been found in Harunotsuji Ruins in Nagasaki Prefecture.
So from around that time, people in Japan look like started hunting whales.

Whale also appears in Kojiki which is Records of Ancient Matters

It is not until Edo period that whale as food spread among local people.
Hunting whale was called “Isatori” or “Kujira Tsuki” at the time.
With several boats, drive whales into net and kill using harpoon, that is, drive hunting was the style of whale hunting in the Edo period.

What did people in those days use the whales for?

Oil from the whales was a valuable resource as a fuel and it was used for light.
Meat and cartilage are for food.
Bone and whiskers are as a ingredients for hand crafts.
Looks like people in those days used most of all the parts of the whales.

There were also foreign sailing ships hunting whales around Japan and the main target was a sperm whale.

After the War Period

From 1940 to 1970, whales were valuable source of protein in Japan.
After the war, GHQ from US allowed to hunt whales to improve poor food situation in Japan.
The meat of whale was provided nationwide and it accounted for 40% of the amount of animal protein ingestion among Japanese people at the time.

Once nutritional status of people improved, the whale meat became oversupply in around 1950.
The meat of whales was cheaper compared to other meats but the strong smell alienates people.
To much stock left.
To handle the situation, people in the filed related to whale hunting found other ways such as food for self-defense forces, school lunch, livestock feed, etc.

I remember I heard from old people that whale of meat appeared in lunch at school.
I did not know the history behind it.
As long as I remember, tatsuta-fried meat of whales called Tatsuta Age was the famous menu in the school lunch.

Looks like whale was a valuable food to ingest protein and to survive in the time of serious food shortage.

But this time was also the time of overfishing.
No less than 24000 of whales were killed between later 1940 to middle of the 1960.

Whales might had been valuable source of protein but it was overfishing at the same time.

As long as I checked, Commercial Whaling has not done now.
But Scientific-research Whaling has still been performing.
Because of this many criticism occurs.

The Reason Whale Hunting is Criticized

I summarized some reasons of criticism on Japanese Whale Hunting here.

Whales are clever and Cute Mammals

Because it is cute, lovely and an intelligent mammal.
I understand it, it is certainly lovely and mammal.

But actually this is an emotional idea of human side.
I think pig, cow, cock are also cute and lovely, at least to me.

So if this is the only reason, it becomes a bit emotional idea as a human and makes contradiction.

The way of Hunting is Cruel

I did not know the details of hunting whales but it was certainly cruel way.
Harpoon attached explosive to the tip is launched when hunting.
It explodes and damages spinal cord and the whale dies.
If the whale didn’t die by the harpoon, it is shot by second harpoon or special rifles.

Looks like whales can not die instantly but dies in suffering and struggling with a big pain.

This is certainly cruel and I wonder if there is any other way.
But same question again, how about pig, cow, cock, etc?
They might not like whale’s case but actually some of them can not die instantly rather dies in suffering and struggling with a big pain.

As long as I checked the website of Japanese Fisheries Agency, the whales they catch for Scientific-research Whaling are Minke Whale, Bryde’s Whale, Sei Whale, Sperm Whale and Finback Whale.
They say they catch whales using scientific method under the control which doesn’t affect on the amount of whales badly.

So if this is true, they take care of the matter of the amount of number.
But I think only Sei Whale and Finback Whale are endangered species and on the red list.

Is it OK in the case of Scientific-research Whaling even endangered species?

I couldn’t check further but if it has been banned whether or not it is Scientific-research Whaling, Japan has to stop catching both species according to international law.

Hunting in Sanctuary in the Antarctic Ocean

Literally Japan hunted whales in sanctuary of whales in the Antarctic Ocean.
This sanctuary was decided by international organization IWC.
This is certainly illegal action and Japan has to keep to the international rule.

No wonder for this criticize.

Not only this matter, but always big money moves behind the issue.
Like public stance and private opinion.

It is also fact that this makes money or profit for some people related to this whale industry.
This is complicated issue so I don’t write further but there are people who use this whale hunting as an public excuse in both Japan and overseas.

As I said before as long as I remember, I have not had meat of whales and most of my friends, too.
In the old days right after the war, there might have been a good demand but not anymore.

If Japan keeps to the international rule and hunt the whale, there is no matter.
If there are people emotionally say it is cruel, how about other living things we eat?
It becomes like pigs, cows, cocks is OK but dogs and cats are not.
We always have to think the matter not only from private emotion but from rational thought.

I talked this much but if I asked, I don’t support whale hunting.
Not only whale but fish, too as I’m semi-vegan.
But this is a private matter so it is off the point.

Another reason of my not supporting is I can not see what is the whale used for.
There is certainly places you can eat meat of whales but that’s rare and you have to look for if you want to try.
No demand like before.

So what I can think up is business or political matter.
As I wrote before, there are people who can make profit through the issue.
This might be part of the reasons but if this is the only reason, I have to say please stop wasting our tax.

But I also want to focus on Taiji town in Wakayama Prefecture which is mostly based on whaling industry.
Its history is old and it is said to be the origin of whale hunting.
Actually I didn’t know Taiji town well until I checked the information.

If we stop whale hunting, we also need to create alternative plan to make and protect people live there at the same time.
For the local people, it is a traditional fishing supporting their living since around 1600.

Not only whaling but all the other issues, we need to work on in a wide view, not emotionally but rationally.
And to think globally, not the scale of the country, is important in this modern society.

« Movie Themed Cocktail Bar The Whales of August (Hachigatsu no Kujira) in Tokyo
Koe no Katachi : Manga about a Deaf Girl »