Sanwa Taxi drives around haunted places in Tokyo and Yokohama 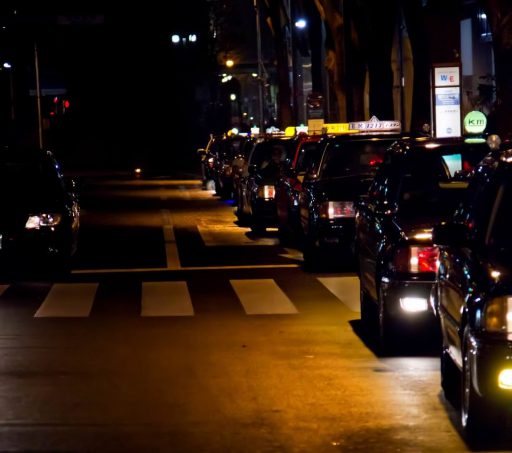 Sanwa Koutsu is the first taxi company that launched the service of driving around haunted places.

It first started its tour in 2015.
The president of Sanwa Koutsu was searching for a new event that can PR Sanwa Koutsu in Summer.

It is natural that the word ghost came up with then.
And it launched the ghostly taxi tour in Summer in 2015.

You might imagine no one wants to join that kind of scary tour and it was same even to the people in Sanwa Kotsu.
They thought it would be only a few people that join this tour but the reality was opposite.

The reservation was full booked right away and there was even waiting list of cancellation.
This scary taxi’s tour launched like that.

Summary of people participated in the ghostly taxi tour

Firstly you need to sign written oath.
You might surprise like why written oath just for riding on the taxi?
But no one can guarantee what happens to their customers or after the tour.

Of course they guarantee safety drive as they are professional drivers but when it comes to supernatural beings, they are not.
No one knows or guarantees what happens.

You also get insect-repellent sheet.
That means you need to walk around the spot that has nature.
Followings are the some of the spots this tour takes you to.

You can get a certificate of completion after the tour.
And salt, too.
It is said that salt drives evil spirit away.

※If you want to know further details, please check the name link of Sanwa Koutsu above

Actually I was worried if I should make the article of this tour of Sanwa taxi.

Some people say it is not good to use this kind of spots for business of taxi.
I also agree to it as these spots are not fictional spots but real, real people passed away there.
Those are not the places for business if I say it from a moral point of view.

There was even an objection to this tour in the company itself.
Either way it settled down now like this.

I only interested in Tokyo Ghost Story Sites.
I think this is the light tour that drives around fictional places in narrative story of Japanese ghost in around Edo period.

I didn’t introduced the details here in this article but if you are interested in Japanese Youkai or Japanese traditional ghost since old days this might be better.

I don’t have any six sense and I don’t know if they really exists or not.
But I don’t want people to regard ghost as just a separate scary thing and goes around the spots just for the interest or for the self-satisfaction.

They were exact same human beings as us that could smile, cry, surprise, get angry.
Some people really wanted to live and even those who committed suicide had a reason for that.

What do you feel if there is a world of ghost and you became the one of them one day and people thought or did like that to you?
Do we need to take the trouble to separate them?

« How about staying Japanese school in Tokyo instead of Hotel for a change?
Japanese traditional handcraft Hakone Yosegi Zaiku or Hakone marquetry »