HOME > Thought > Real Kindness and the Thought Lies in Treat others

Real Kindness and the Thought Lies in Treat others 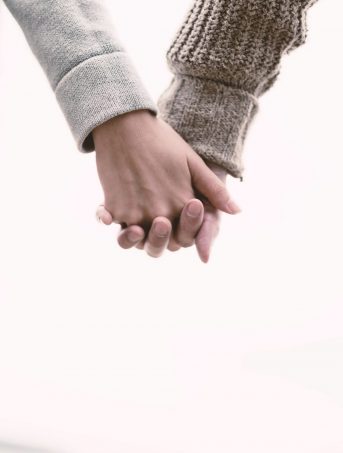 To be kind to others is a good thing.
Everyone says and we might have been told so from our teachers and parents since we were little.
But sometimes it might be hard to do.

Because we sometime think only about ourselves before others.
Especially when it comes to someone we don’t like.

Actually it is easy to nice to others you like around you such as your close friends and family.
Because you like them from the first and there is no reason you are not nice to them.
Everyone can do it without efforts.

So we really have to think about is those people not around you.

It might be someone you don’t like or someone who never meet you in your whole life.
There might be no merit for you to nice to those people.
But isn’t that real nice thing to do and worth doing?

We always make barrier and border from small point of our own view.
It is always one-way thinking or stop thinking on the surface.

I sometimes feel like it is always from in their small cages by taking the trouble to separate themselves from others when people or nation is shouting insanely against someone or something.
Whether it is something here in Japan or in other country’s, it seems to me they are rather shouting against themselves.

I know if they are in the position of top they have to claim it for their citizens whether they think it is a good thing or not individually.

But at least we ordinary citizens can’t throw away colored glasses being put on by someone?

I was not going to widen the topic to this political thing.
But what I wanted to say was it would be comfortable world if we widen the kindness not only just around us but others who you might never meet in your whole life.

I still remember the scene when I was in kindergarten.
I was with my relative, he was my father’s senior brother, at bakery shop and I mistakenly dropped the bread I hold on the floor.
I quickly returned it to the place it had been but he told me not to do that and he bought the bread I dropped.

I didn’t understand the meaning of it at all at that time.

Yes, everyone understands it is not a good thing to return the bread that was once dropped on the floor as some other customer might buy it.
He thought about other people and bakery shop that he told me not do that.

We adult can understand easily but actually there are many case same like this in our daily lives.

Actually customer know this that some people take the item from the behind especially for short expiration date product such as milk.

Bakery shop or other food shop are also same even if there is same product some are not looks good that those foods are left in the end.

But why don’t we think about deeper? not only for our merit?
If those foods are left, it means they are thrown away in the end even if it is edible foods.

Don’t we always need such a fresh good shape things?
Aren’t we all happy if we are bit more nice to shop, people who made, life itself for the food.

I took simple materialistic example here but there are more cases both in visible and invisible things.
We might not notice most of them if we stop the thinking on the usual surface.

If we widen our view beyond individual to the someone who we don’t know in the world.
And if we share the kindness even a little to them, the number of smile in the world will increase.

« Japanese Spider Lily and Alishan Cafe at Kinchakuda in Saitama
How about staying Japanese school in Tokyo instead of Hotel for a change? »