Kamikatsu town is located in Tokushima Prefecture.
Not only people in Japan but people from overseas visit this small town every year.

Because it became one of the leading models of making zero waste society in the world.

Kamikatsu town is a small town with about 1500 people in 2018.
More than half of the population is over 60.
And had been suffering an aging and declining in population like other local towns or villages in Japan.

But it became very famous town.

It was not the target of zero waste first.
Origin was a small leaf found in Sushi shop.

If you want to be an entrepreneur to save society, this will be a good hint. 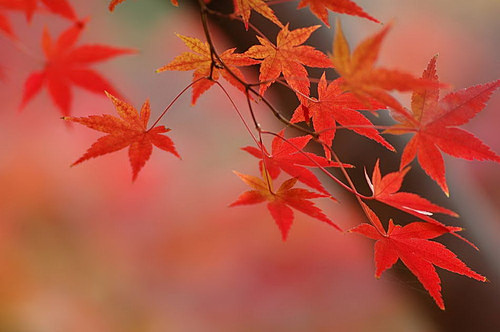 They searched for other crops to survive the situation.
And a man called Tomoji Yokoishi, who was transferred to Kamikatu town in 1979 as a staff of agricultural cooperative, also worked on this.
He later transferred to staff of town hall.

One day, when he entered a Sushi shop he saw the customers in the shop are trying to bring back leaves on the dishes.
Customers were praising beauty of the leaves.
In Japan, sushi or traditional cuisine is garnished with leaves sometimes.

He started to work on business of leaves, visiting traditional Japanese restaurants first and checking both dishes and leaves while taking a note.
Looks like the cook or staff of the restaurants misunderstood him for a spy from other restaurant.
I see, no wonder.

He also asked farmers and locals to cooperate for the business but most people were against it.
I see, this is also no wonder.

“Leaves in the mountain becomes big business to save this town!”

No wonder people doubted it and were against it.

There are people who say “How the leaves can change into money like Tanuki”
By the way, Tanuki is Japanese raccoon dog and said to have a super natural power.
If you want to know more details of the cute creature, here is the article.

Tanuki could turn itself into human or change the leaf into money in an old story.
It was understandable that people were against the plan of his.

But he did not give up.
He kept visiting Japanese restaurants, sometimes taking locals to famous Japanese restaurant in Kyoto.
There were times he invited cook to Kamikatsu town for lecture to show people how leaves are used in the dishes.
He wanted local people to know the value of leaves.

In 2002, he left town hall and becomes director of Irodori Corp. which focusing on business of leaves.
His compassion came to reach the hearts of people with time.
People came to join and cooperate with him.
And finally the leaves business got on the right track.

I myself knew the story of Kamikatsu around that time.
I remember I thought like “What? business of leaves?”.
It was a big surprise leaves in mountains make money.
No one care leaves because it is just a leaf, you can see many around you.

But he was not.
He paid attention to the leaves nobody cared.
Did not give up to the end.
And that made a big success.

Annual sales of the business became about $2.35 million (260 million yen) now.
And the main workers of it are elderly people in their sixties or seventies. 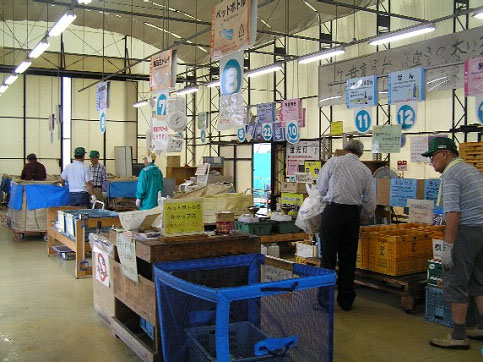 No dirt wagons run in Kamikatsu town.
Because people in Kamikatsu town take garbage to trash recycle center called Hibiya Gomi Station on their own.
And most of the kitchen garbage become compost.

They declared to reduce garbage to zero before 2020.
Now actually over 80% of the garbage get recycled or composted.

NPO Zero Waste Academy is the one that leads this project.
Most of us, including I, think throwing away trash on the road is a bad manner so recycle or separate the garbage depends on the type is a good thing.

But I myself sometimes feel like “Do we really need this much package before recycle in the first place?”

Certainly Japanese wrap the items carefully and beautifully double or triple sometimes.
People take good care of it and I understand it.
But it also produces garbage in the end.
Incineration, landfill, everything recycling caused waste of resources, health damage and water pollution all over the world.

And our tax is used to incinerate, landfill and transportation of the garbage.
We just can not see the whole cost spent on the disposal clearly.

Zero Waste Academy focus on changing the mechanism of society itself.

Now I pick up some projects they work on here.

As I wrote above, trash recycle center called Hibiya Gomi Station is one of their projects.
This is a commissioned project from municipality.

People need to take their garbage to this Hibiya Gomi Station.
All the garbage are separated into 34 categories such as can, pet bottle, cloth, wooden item, etc. here.

But there are also elderly people who can not bring the garbage to the center that staffs visit their homes twice a moth for them to take out the garbage by a light truck.

Before this project started, local people had been burning the trash in their yards or throwing away in the mountains.
So people said it was hard to separate the garbage every times first.
But now all the people there realized the importance of separating garbage and composting.

They can also know the process of the garbage they took out by visiting there.

Kurukuru Shop is the place used items of local people gathered.
Instead of throwing away, people bring the goods to this shop.

I can see the spirit of “Mottainai” here.
Motainai is close to an emotion of “What a waste!”.
We sometimes use this phrase when we see used items are left or throwing away.
Because we feel it is still good condition and can serve for something even though it is old.

Anyway, the goods brought in here are taken out by someone else who visit shop and want it.
They are all free.
The goods taken out can serve again for the new owner.

This Kurukuru Workshp is inside care prevention service center called Hidamari, which is right next to Hibiya Gomi Station.
Elderly people there make recycled items using cloth or cotton which is not used anymore.
Their technique and wisdom since old days are used to make the items and sold here.

And they decided to recycle these Koinobori to make items.
Then unique bag of Koinobori made by their hands.

Profit is returned to the maker of the bag.

Reuse dishes and cups made of plastic are lent.
There are many festivals in Japan and many dishes, cups, chopsticks, etc. are used and throw away.
Situation was also same in Kamikatsu town.

So they decided to lend reused dishes and cups to reduced trash.

I myself volunteered for this dish reuse system once in a big festival called Earth Day in Yoyogi park long time ago.
Summer festivals are very interesting but they also produce a lot of garbage at the same time.
But if all the people use reuse dishes, cups, chopsticks and forks, no garbage produced.

When I joined Earth Day as a volunteer, it was deposit system so the customers needed to pay about $1 to get them and it was paid back when they returned.

In Kamikatsu town, you can play ring toss and get candies when you return dish and cup. 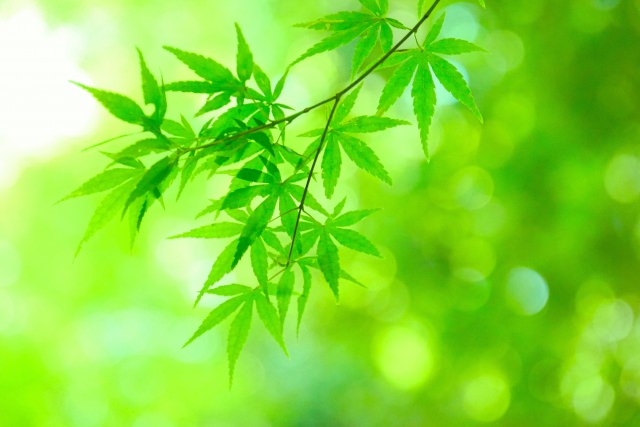 Story of Kamikatsu town became movie and entrepreneurs came together there.

And made business for the elderly people.
Instead of create day care center, they offered place to work for them.

I always feel most tough thing in life is to feel oneself as an unnecessary in this world.
Have you heard of “One Liter of Tears”?
It is real story of Japanese girl who wished to work for the people to the end but couldn’t because of the serious disease.

Elderly people also feel same emotion after retirement of their jobs.
Work was something made them alive whether or not they like it.

Tomoji Yokoishi says what they really need is not money or help but place.
Place they can shine again, that’s real welfare.

Akira Sakano, chief director of Zero Waste Academy says what we should leave for the future generation is not garbage but natural resources on the earth.

Now is the time, we think deeper for the future and for ourselves.