HOME > Food > What is Dorayaki? All about Dorayaki in Japan!

What is Dorayaki? All about Dorayaki in Japan! 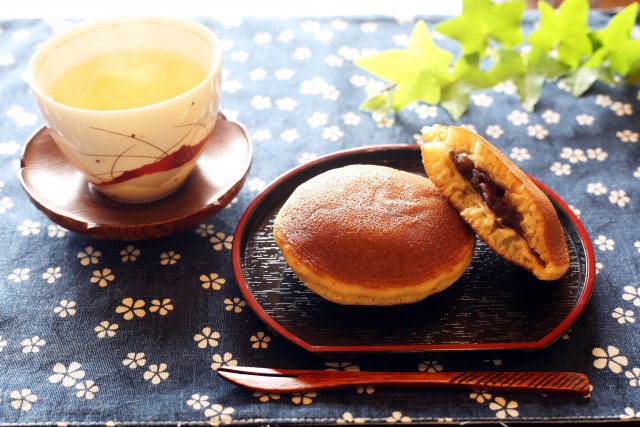 I think most Japanese reminds that blue cat-like robot when they hear Dorayaki.

I also remember Doraemon once I hear Dorayaki.
Leaving Doraemon aside, Dorayaki is traditional sweets in Japan.
I myself sometimes buy it as I have sweet tooth, haha.

Here I’ll introduce the origin of Dorayaki and best Dorayaki in Tokyo. 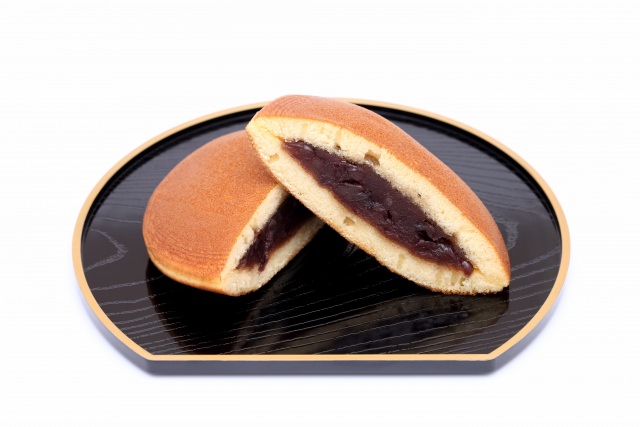 In Edo period (1603 – 1868), egg was not used and just flour and sweet red bean paste were used.
The looks might be like Kintsuba today.
Kintsuba is also traditional sweets of Kyoto.

It is said that today’s Dorayaki was made after late Meiji or early Taisho, so I can say it is since around 1900.

There are several stories for the origin of Dorayaki.
But most prevalent story is that the name Dorayaki was named after a percussion instrument Dora.

Dora is made of bronze and mainly used in Buddhism.
It is very big and hit by drumstick.
You might have a chance to see it when you visit temple in Japan.
Well, I think it would be easier to understand Dora by checking real picture here. It is said that the shape of Dorayaki looks like Dora that the name became Dorayaki.
By the way, yaki means bake in Japanese.
So I might be able to translate it as baked Dora.

This Dorayaki is also called Mikasayaki or Mikasa Manjyu in Kansai area such as Kyoto, Osaka in Japan.

By the way, 4th April is called “Day of Darayaki” in Japan.
Actually I did not know that and I think most Japanese don’t know this.

Buts why 4th April is Day of Darayaki?

Looks like Japanese sweets company Marukyo Seika suggested 4th April be Day of Darayaki.
Because in Japan, “4 and 4” makes Shiawase, which means “Happiness” in Japanese.
“4” is read as “Shi”, “And” or “plus” implies “match” or “put together”, that becomes “Awase” or “Awaseru” in Japanese.
Combining Shi and Awase creates “Shiawase”.

For pancakes of Dorayaki, they are same size, shape and they sandwich the paste.
By putting pancakes together Dorayaki is made.
So 4th April became Day of Daorayaki.

If I choose top three Dorayaki, I pick up sUsagiya, Kamejyu, Sougetsu.
In fact, Dorayaki of them are called “The three major Dorayaki” in Tokyo.
I introduce Dorayaki of these shops here.

I think Dorayaki of Usagiya is most popular in Tokyo.
They use red beans from Hokkaido and mix honey with the pancakes.
It opened its store in 1914 so they sell sweets more than 100 years.
Shop with a long history.

Usagiya is located in Ueno.
I myself visited Usagiya a few weeks ago.
It took about 20 minutes from Ueno station.
I recommend you to use Ueno Okachimachi station as it is closer.

Anyway, when I got there, there was a line of people in front of the shop.
OK, count me in!
This is also one of the Japanese attractions, haha. 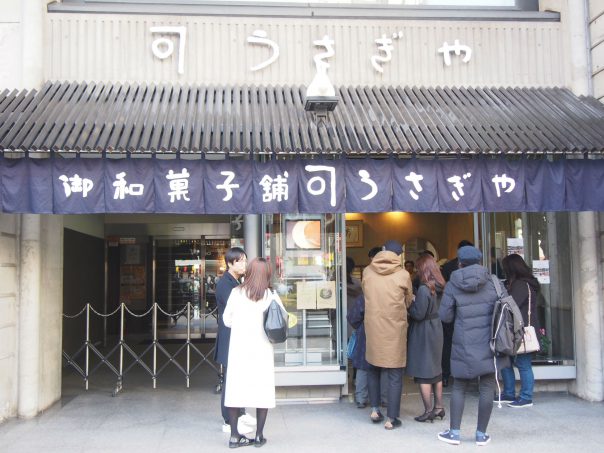 Usagiya sell several sweets including Dorayaki but most people were ordering Dorayaki.
Not only 1 but 5 or 10 pieces of Dorayaki some people order.
I waited for about 10 minutes and ordered three.
1 piece of Dorayaki is 205 yen (About $2).
Usually you can buy Dorayaki at 1$ or less in convenience store or supermarket so it is double price.

Anyway I got Dorayaki here. 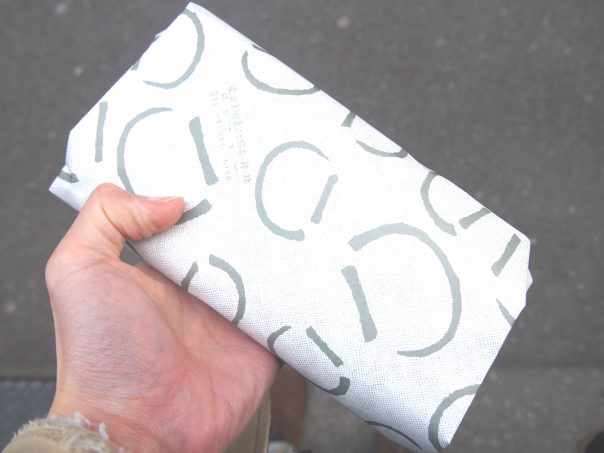 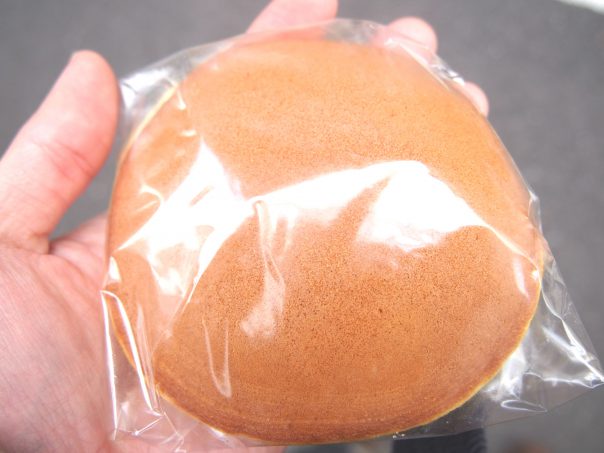 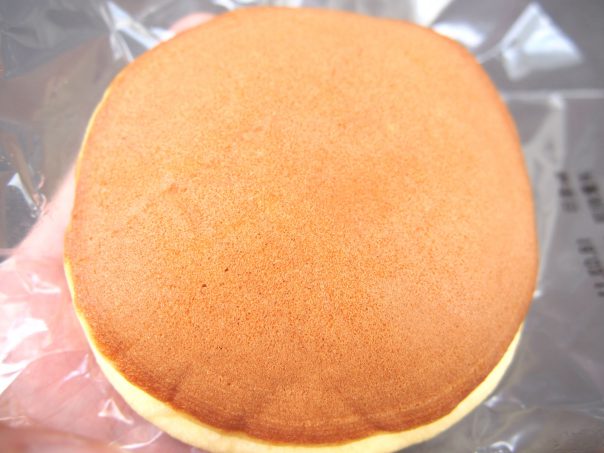 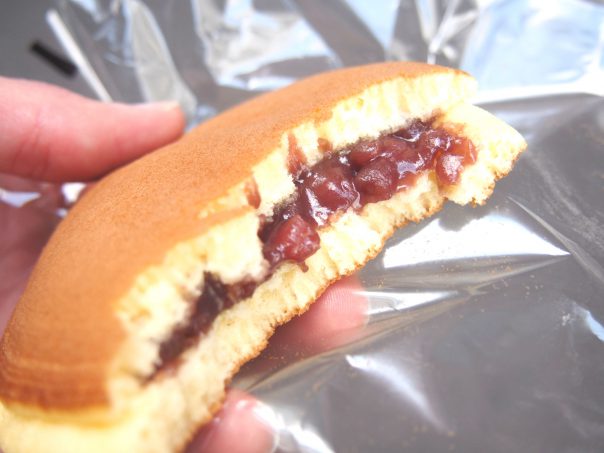 Yes, it certainly worth $2!
It tasted so good!
Actually I tried Dorayaki of Usagiya about 10 years ago and I was so moved at that time.
And I can say now this is the best Dorayaki I’ve ever had.

They serve fresh Dorayaki so you can enjoy fresh, warm Dorayaki here.
And the red been paste is not so sweet (usually red been tastes very sweet) but mild taste.
Pancake is also very good and fluffy so even just tasting pancake without the paste would make me happy. 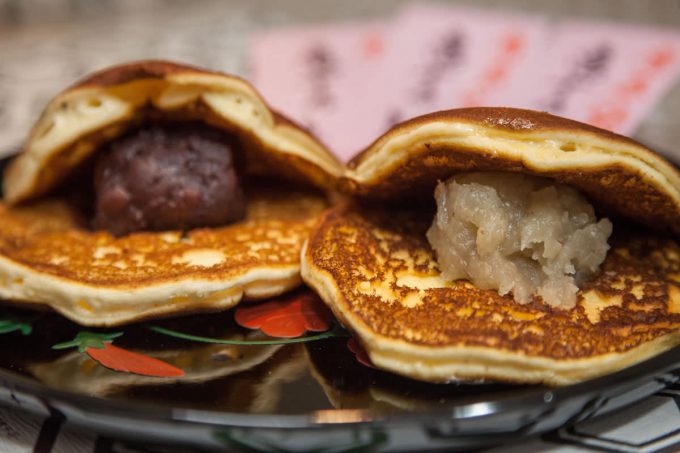 Kamejuu is also very popular and famous for its Dorayaki.
It is located in Asakusa.

I haven’t been this Kamejuu but you have to wait more than 1 hour if you visit on holiday.

Pancake of Dorayaki here is unique as it is not smooth face like ordinary Dorayaki.
It is 360 yen ($3), oh, over triple price of ordinary Dorayaki!!
Must be high quality Dorayaki and people tried it certainly say “worth it”.

You can choose from red beans and white beans.
Normally, paste of Dorayaki is red bean so white bean is rare.
Looks like both of them are popular.

Apart from Dorayaki, Matsukaze is also very popular sweets here in Kamejuu.
Brown sugar is used for this sweets.
It is 260 yen (About $2.5)

So Dorayaki and Matsukaze are the must-things to try in Kamejyu.

I recommend you to visit on weekday if you want to avoid wait in line for over 1 hour.
Or you can reserve Dorayaki here, too so make a call and reserve it! 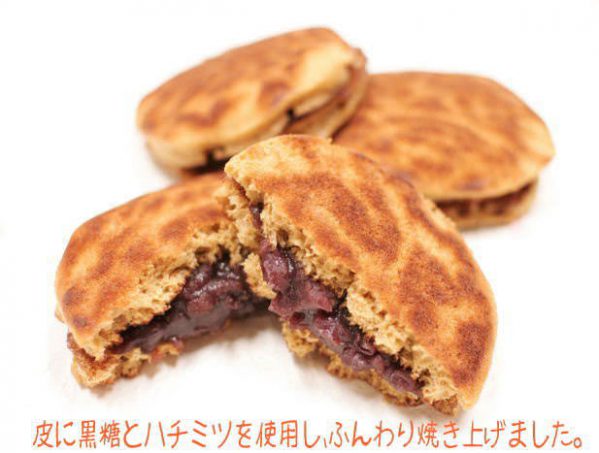 Sougetsu is the last popular Dorayaki spot in Tokyo.
It started its business in 1930 in Higashi Jujo station.
I think there is no need for me to tell about long line for this shop as you can imagine.
But estimate the waiting line for about 1 hour on average.

Dorayaki of Sougetsu is called Kuromatsu.
And brown sugar and honey are used for its pancakes.
Like Dorayaki of Kamejyu in Asakusa, its surface of pancakes are not smooth.
You can enjoy fresh Dorayaki and people say it is tasty.

Here you can enjoy quality and reasonable Dorayaki.
Note that only this Dorayaki of Sougetsu, you can not reserve so the only way to get it is to visit shop directly. What I introduced above were traditional type but there is also new trend for Dorayaki lately.

You can enjoy Dorayaki with whipping cream.
Actually I did not know this Nama Dorayaki.
Looks like new type of Dorayaki.

In fact, it was first created by Kato Maronie in Miyagi Prefecture in 1987.
I see, I thought this is modern one but 1987 is 30 years ago.

Since then, other companies have also started to sell Nama Dorayaki.
Whipping cream, custard cream, chocolate cream, etc. are added to the filling.
Some of them also have jam or fruits in it.

And now, I think most popular shop of Nama Dorayaki is “DOU”.
Dou is the shop specializes in Nama Dorayaki.
Its Dorayaki is not like traditional Dorayaki we imagine but like different dessert.
They have shops in Shinjuku and Ikebukuro in Tokyo.

If you want to enjoy another modern type Dorayaki, DOU is the place for you. 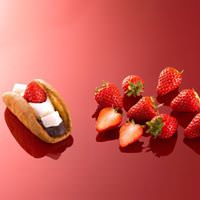 Doraemon is about Dorayaki.
That’s famous story among Japanese.

There are some stories.
One is his classmate and first love Noramyako in 22th century gave him Dorayaki.
And the taste was very good so he came to like Dorayaki since then.

I see, there was a sweet memory, wasn’t there.

And the other one is Fujiko F Fujio, who is comic writer of Doraemon, liked Dorayaki.
I didn’t know that.

In Doraemon encyclopedia, the reason is explained that ingredients of Dorayaki, especially red beans paste, is best suited to the source of energy for Doraemon.
I see, scientific reason.
Looks like red bean paste of Dorayaki works even to cat-like robot. Actually I did not find any good about Dorayaki when I was child.
It was just a very sweet sweets elderly people like to me.

But I think Doraemon effected me.
He made it look so good and I came to have Dorayaki sometimes.

But Dorayaki of Usagiya was the biggest effect as that’s the best one I’ve ever had.

Along with Taiyaki, Dorayaki is popular traditional sweets since old days.
If you have a chance to visit Tokyo, try one of the “The three major Dorayaki”.
Be prepared only for long line!!