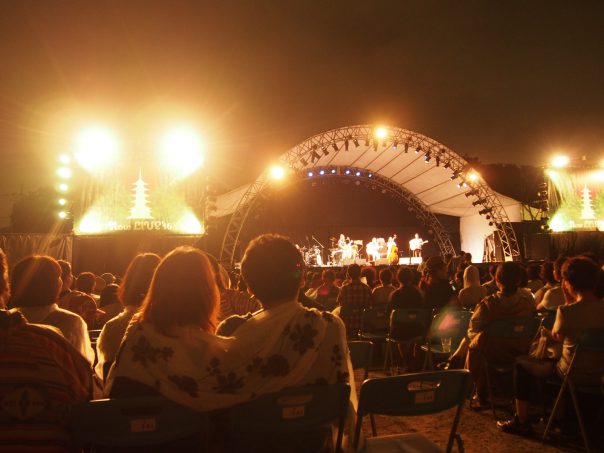 What is Slow Live?

Theme of Slow Live is literally Slow.
Slow food is now famous so can’t we apply it to the music, too?
That’s the start of Slow Live.
It first started in 2004.

Trait of this Slow Live is there are seats to sit in while most outdoor live has no seats to sit in.
So you can relax, no need to standing all the time.

And most interesting point of this Slow Live is that the venue is Temple Ikebami Honmonji.
So you can see the temple and five-storied Pagoda.

I think at nowhere you can listen to the monk’s story the beginning of the music live.

It was calm and I could hear buzz of a cicada.
Buzz of a cicada is one of the Summer features in Japan.
As it grows dark, I could see beautiful five-storied Pagoda lit up at the opposite side of the stage. 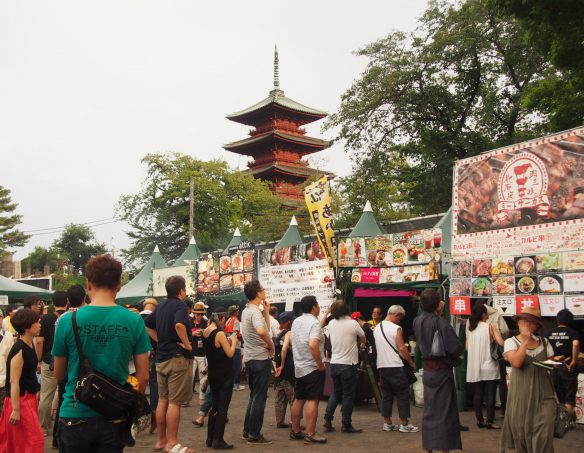 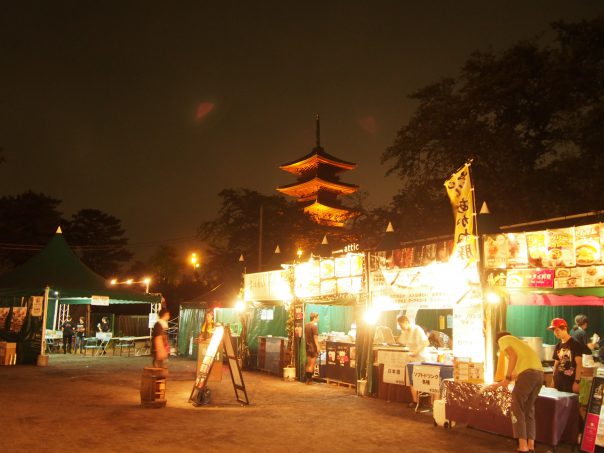 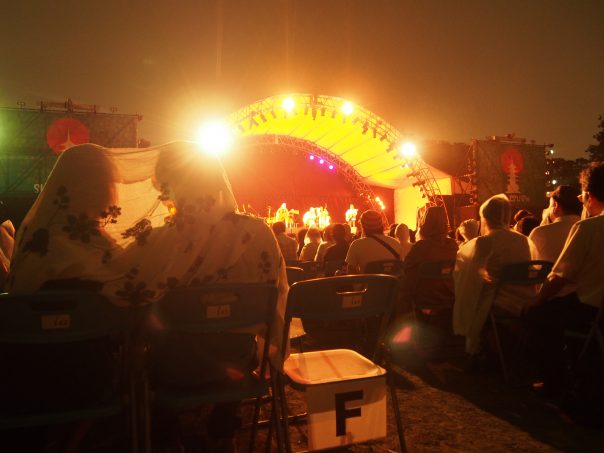 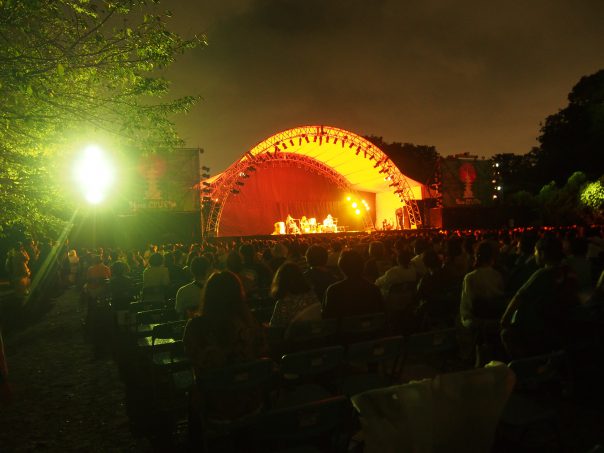 I think if you know Japanese anime and like One Piece you know GLIM SPNAKY.
Because they sing a song of One Piece.

It was first time for me to listen to their music.
Singer had a good husky voice

Their lyrics was very encouraging.

She sang a song in her beautiful Kimono.
Her voice was relaxing.

And I noticed that I knew her song when she sang a song Gift Anata Ha Madonna.
I thought this was my first listening but I remembered listening to her song in commercial on TV very long time ago.

Anyway it was good to listened to the song from the person herself.

They looked young that I thought 1983 must be their birth year.
But most of them were 1980, oh same age as mine!

Anyway I like their slow music.
It was relaxing music with Gitar, Bass, Piano, Trumpet, Flute.

Especially I like the song Bunka no Hi or Culture day.

He is the piece de resistence.
He surely has a presence as a musician since old days.
His play and his way of life is just cool.

I think this Slow Live is unique music live.
Nowhere you can find the music live next to temple and monk tells the story.

Most live music outside are more energetic but this Slow music is not that energetic rather calm.
Actually the place itself is the quiet place as it is held next to Temple.
There are people with child as there are seats to sit in and not like hustle and bustle live.
I think most bands are also selected under the theme of Slow that they play slow relaxing music.

If you want to enjoy relaxing music in calm atmosphere this is the music festival you want.

« Free Music Live Acoustic Village in Saitama
What is a Real Ninja Like? »